Alimentary Pharmacology & Therapeutics The effectiveness of rifabutin triple therapy for patients withdifficult-to-eradicate Helicobacter pylori in clinical practice D . V A N D E R P O O R T E N & P . H . K A T E L A R I S BackgroundFailure of first line and subsequent Helicobacter pylori eradication ther- apy is a significant problem and alternative treatments are few.
To evaluate the efficacy of a rifabutin-based triple therapy in clinical practice and determine the optimal strategy for its use.
Patients referred after first or subsequent treatment failure were pre- scribed rifabutin triple therapy consisting of standard dose proton pump inhibitor, amoxicillin 1 g and rifabutin 150 mg each b.d. for 10 days.
ResultsIn 67 patients, the main indications for treatment were dyspepsia (55%),peptic ulcer disease (24%) and increased gastric cancer risk (18%). Themedian number of previous treatments was 2 (range: 1–9). Eradicationof Helicobacter pylori was achieved in 76% (48 ⁄ 63) per protocol and72% (48 ⁄ 67) on an intention-to-treat basis. When used as second linetherapy, 95% (18 ⁄ 19) achieved eradication compared with 68% (30 ⁄ 44)when two or more previous treatments had been used (P = 0.03). Out-come was independent of age, ethnicity, gender or indication for treat-ment. Adverse events were reported in 10%.
ConclusionRifabutin triple therapy is a well tolerated and effective second linetherapy in the treatment of persistent Helicobacter pylori; however, itsefficacy decreases with increasing number of failed previous therapies.
Journal compilation ª 2007 Blackwell Publishing Ltddoi:10.1111/j.1365-2036.2007.03531.x 1538 D . V A N D E R P O O R T E N A N D P . H . K A T E L A R I S Later, rifabutin was used frequently as a second line therapy because of difficulties in accessing the qua- The optimal management of Helicobacter pylori after druple therapy and familiarity with the rifabutin regi- failed eradication therapy remains to be defined. After men. Adverse events and compliance were determined first line failure, current guidelines recommend a bis- in an interview following completion of treatment.
muth-based quadruple therapy1 for 7–10 days, whichhas reported eradication rates of 59–95%.2–4 The accessibility of this regimen is limited in some parts ofthe world and compliance and tolerability are issues All patients were treated with a proton pump inhibitor related to frequent dosing and gastrointestinal adverse (pantoprazole 40 mg, esomeprazole 40 mg, rabeprazole effects. A rifabutin-based triple therapy was first 20 mg or omeprazole 20 mg), amoxycillin 1 g and described by Perri et al. in 19985 and has subsequently rifabutin 150 mg each twice daily for 10 days. Written been reported to be efficacious as salvage therapy and verbal instructions were provided stressing the although reported eradication rates vary between 40% and 95%.6–9 For reasons of limited treatment data and adverse events. Outcome assessment was performed concerns regarding drug toxicity and antibiotic resis- with a 100-mg 13C-urea breath test not <1 month after tance, the precise place of this regimen in H. pylori We undertook an audit of patients with difficult-to- eradicate H. pylori who were treated with a rifabutintriple therapy at a tertiary referral centre. The aim of Data were analysed using SPSS 13.0 (SPSS Inc., Chicago, the study was to characterize better the efficacy, toler- IL, USA) software. Categorical variables were assessed ability and place of this treatment in salvage therapy.
using the chi-squared equation and t-tests were appliedto continuous parametric variables. P-values of <0.05were considered significant.
A prospective clinical practice evaluation was con- Baseline characteristics of 67 patients included in the ducted on all patients treated with a rifabutin-based study are shown in Table 1. The cohort was ethnically triple therapy in a 2-year period at a tertiary referral diverse, 62% were female and the mean age was clinical practice. Patients included were referred after 51 years. The most common indication for treatment first or subsequent H. pylori treatment failure. Patients was dyspepsia, peptic ulcer disease and risk reduction.
with a known definite history of penicillin allergy The median number of previous treatments was 2 were excluded. All patients were managed by a single (range: 1–9), with 46% of patients having undergone gastroenterologist and their details, including indica- three or more treatments prior to the rifabutin triple tion and prior treatments were recorded prospectively.
therapy. All patients had had prior clarithromycin- Pharmacy records were accessed to ensure that no based triple therapy. A bismuth-based treatment had patients were missed from the audit. All patients been previously used in 42%. Three patients were lost included had H. pylori eradication failure, documented to follow-up and one patient did not take any of the with either a positive13 C-urea breath test or positive histology and ⁄ or urease test on gastric biopsy at least1 month after completion of treatment. Demographic data including country of birth were noted, as priorstudies at our institution revealed that antibiotic resis- The overall eradication rate was 76% (48 ⁄ 63) on a per tance by H. pylori varied according to country of protocol basis and 72% (48 ⁄ 67) on an intention- birth.10 Initially, patients who did not previously have to-treat basis. A number of previous treatments signif- a bismuth containing quadruple therapy were pre- icantly affected the outcome (see Figure 1). When scribed this as second line treatment and rifabutin was rifabutin triple therapy was used second line, the per reserved for third line or subsequent treatment failures.
protocol eradication rate was 95%, compared with ª 2007 The Authors, Aliment Pharmacol Ther 26, 1537–1542Journal compilation ª 2007 Blackwell Publishing Ltd 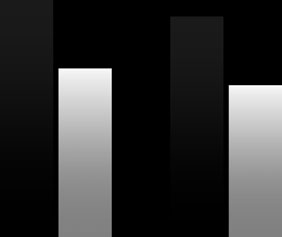