Hand Surgery, Vol. 11, No. 3 (2006) 1–4 TRANSDERMAL ANAESTHESIA FOR PERCUTANEOUS
TRIGGER FINGER RELEASE
Laboratory for the Research of the Musculoskeletal System University of Athens, Athens, Greece Department of Hand Surgery and Microsurger Kifissia, 15125 Athens, Greece Received 19 June 2005; Accepted 10 November 2006 ABSTRACT
The purpose of this study was to evaluate the safety and efficiency of transdermal anaesthesia using eutectic mixture of lidocaineand prilocaine (EMLA) in patients undergoing percutaneous trigger finger release and to compare it with lidocaine infiltration.
In this prospective, randomised study percutaneous release of the A1 annular pulley was performed to treat stenosing tenosynovitis (trigger finger syndrome) in 50 patients (50 fingers). The procedure was performed either under transdermal anaesthesia usingEMLA applied transcutaneously 120 minutes prior to the operation (Group A, n = 25) or using local infiltration anaesthesia usinglidocaine (Group B, n = 25). Pain experienced during administration of anaesthesia and during the operation was assessed usinga 10-point Visual Analogue Pain Scale (VAPS), while all patients rated the effectiveness of anaesthesia with a 5-point scale.
There were no significant differences between the two groups in the VAPS during the operation (1.33 ± 0.52 versus 1.59 ± 0.87) and the satisfaction scores (4.6 ± 0.2 versus 4.4 ± 0.3). The VAPS score during the administration of anaesthesia was statisticallysignificantly less in the EMLA group (0 versus 5.96 ± 2.41). All patients were satisfied with the final result of the operation.
Percutaneous trigger finger release can be performed as an office procedure with the use of EMLA avoiding the use of injectable Keywords: Anaesthesia; Eutectic Mixture of Lidocaine and Prilocaine; Percutaneous Release; Trigger Finger.
Correspondence to: Dr. Christos K. Yiannakopoulos, Byzantiou 2, 171 21 Nea Smyrni, Athens, Greece. Tel: (+30) 697-209-9911, Fax: (+30) 210-363-6181, C. K. Yiannakopoulos & I. A. Ignatiadis INTRODUCTION
Table 1 Patient Demographic and Results.
Surgical release of the A1 annular pulley is recommended when conservative treatment of trigger finger syndrome has n = 25
n = 25
failed. The release can be performed either as an open pro- cedure or percutaneously with success and without serious complications.1 With either technique the use of local injectable anaesthesia is necessary. Local anaesthesia is accompanied with injection pain and occasionally with systemic symptoms attributed to the absorption of the local anaesthetic used, usu- ally lidocaine. EMLA® cream (Astra Zeneca, Halandri, Athens, Greece) is used in patients of almost every age, from neonates to geriatric patients, to provide transcutaneous anaesthesia which enables the performance of a variety of procedures and operations, including arterial and venous cannulation, split VAPS = Visual analogue pain scale; EMLA = Eutectic mixture of local thickness skin grafting, mechanical ulcer debridement, carpal tunnel syndrome anaesthesia, prevention of acute and chronicpain etc.2–7 The purpose of this study was to investigate the safety and landmarks on the skin of the palm were marked, the skin was efficacy of EMLA cream as an alternative method of local anaes- cleaned and the finger MCP joint was held in hyperextension thesia in percutaneous trigger finger release and to compare it by an assistant. The proximal and distal ends of the A1 pul- ley were determined and marked using surface landmarks.8The position of the needle was confirmed by asking the patientto flex and extend the corresponding finger. Intratendinous MATERIALS AND METHODS
position of the needle caused mild pain. The proximal end A prospective, randomised trial was performed including and the stoma of the A1 pulley were identified with palpation 50 patients with stenosing tenosynovitis (trigger finger syn- and release was performed in a proximal to distal direction. A drome), who underwent percutaneous A1 pulley release. The typical grating sound and a similar sensation during A1 pul- study was approved from the Ethics and Research Commit- ley release ensured the success of the release. The patient tee of our Institution. All patients had a palpable, tender was asked to flex and extend the finger. Absence of trigger- tendon nodule and characteristic mechanical triggering. On ing was regarded as a sign of complete release. The wound the whole, 50 trigger fingers were treated surgically. The was covered with a soft compressive bandage and the patient patients were randomly allocated in two Groups. In Group A was advised to keep his/her hand elevated for 48 hours, while (n = 25) skin anaesthesia was provided using EMLA and in active finger motion was encouraged as soon as the patient was Group B (n = 25) the skin was infiltrated with 3 ml lidocaine 1%. The demographical data of all patients are presented in Pain experienced during the administration of anaesthesia and during the operation was assessed by an independent research The patient arrived at the office two and a half hours prior nurse using a 10-point Visual Analogue Pain Scale (VAPS), while to the scheduled operation time, where a thick layer of 5 mg all patients rated the effectiveness of anaesthesia during the EMLA® cream was applied on the palmar skin correspond- procedure on a 5-point scale. A score of 1 was considered as a ing to the location of the A1 pulley to be released and the measure of insufficient anaesthesia and a score of 5 as a measure cream was then covered with an occlusive dressing (Tega- of excellent anaesthesia. Normally distributed continuous data derm, 3M, St. Paul, MN). The dressing was removed prior were analysed with a paired Student’s t-test and categorical data to the operation and the cream was wiped off. The opera- were analysed with the chi-square test with Yates’ continuity tions were performed under forearm tourniquet using the tip correction. A p value of <0.05 was considered statistically of an 18-gauge needle, mounted on a 3 ml syringe. The surface 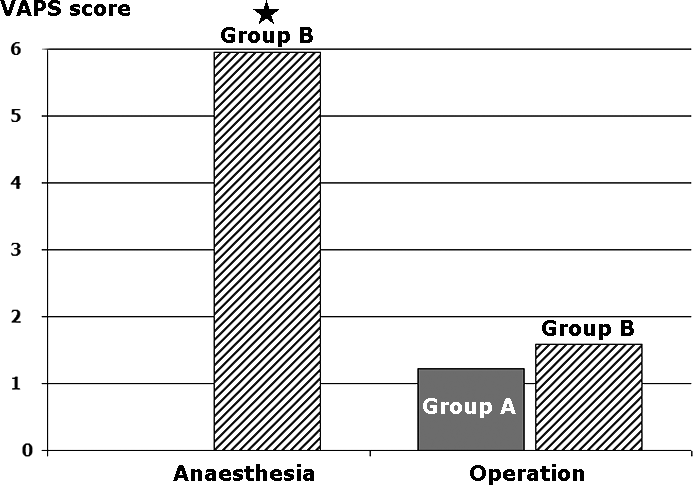 Cancer & Blood Type Prepared by Dr Jason Mallia, Doctor of Integrative Medicine (Australia) What is contained here to be treated as information only and not misconstrued for professional advice. Please consult your health practitioner for more information. So what is the mainstream understanding of cancer? Cancer is a general term for a group of diseases characterized by abnormal gr