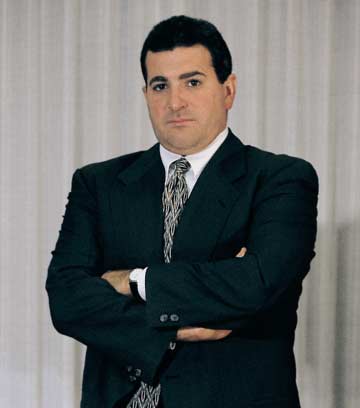 The Management Monthly for Corporate Legal Executives A Special Section of Corporate Legal Times Insurer Has Controversial Strategy to
Reduce Rx Costs
LITIGATION is a poor way to settle dis-putes, especially when it takes place amongparties who have to continue doing businesswith each other. Executives are distracted,profits decline, the economy suffers, thelawyers get rich and so on. with these bromides, and if they didn’t, theyprobably would avoid saying so on therecord. in an unlikely setting. Blue Cross & BlueShield United of Wisconsin, the largesthealth insurer in the state, has embraced lit-igation as a way to bring healthcare costsdown and affect healthcare policy in waysdesigned to benefit customers. “We actively and aggressively prosecute cases,” says Lawrence R. LaSusa, litigationcounsel at Milwaukee-based UnitedWisconsin Services Inc., the publicly tradedaffiliate of the Wisconsin Blue Cross. “Onething we are currently doing is promotinghealth insurer versus pharmaceutical com-pany lawsuits.” taking a beating from the brand-name phar-macy companies, according to LaSusa.
“The big companies have been vigilantabout keeping generics off the marketthrough anti-competitive behavior,” he says.
“It typically works out to be advantageousfor the brand name to pay what to some peo- “We take on all kinds of health policy litigation,” says ple would be exorbitant amounts of money, Lawrence R. LaSusa, litigation counsel for United Wisconsin many millions every quarter, to the genericmanufacturers to keep their product off the Services Inc. “We have found there is a lot of fraud, waste andmarket.” abuse impacting healthcare services, and we decided we are going In 1999, UWS became involved in three to be at the forefront of stopping it.”

‘Yeah, there’s a problem out there, but no, we don’t want to ruffle any feathers.’ It was, ‘There’s a problem, and as lawyers, “That is just one of the issues,” he says.
we are going to do something about it.’” Practices Act. It alleges that at least five “We take on all kinds of health policy litiga- tion. We have found there is a lot of fraud, generic equivalent for Abbott’s best-selling waste and abuse impacting healthcare serv- Russell Streur, gumshoe, has been working drug Hytrin. But they were stymied, accord- ices, and we decided we are going to be at for the organization since 1991. He began in the subrogation unit, dealing with accidents.
“The funny thing is,” he adds, “very few As interest in healthcare costs and abuses health insurers prosecute this sort of thing.
It’s not a popular concept, to sue your including cases involving false billings in the mental health and homecare industries. with health insurance, it’s not a concept that Today Streur’s title is supervisor of the “laboring oar” of this endeavor, according to Resource Corp. Meridian is a subsidiary of defendants in the lawsuit) tens of millions of United Wisconsin Services. Spun off early in 1999, it handles the fraud investigations for United Wisconsin Services Inc., Blue Cross Wisconsin and works on contract for other & Blue Shield United of Wisconsin, and other UWS affiliates and subsidiaries, and a Blue Cross in 1997, he found a soul mate in class consisting of insurers who paid for Russell Streur, the head of an aggressive the third era of the rapid-fire history of Hytrin prescriptions since 1995. The com- healthcare fraud. The first, in the early part plaint estimates that in 1998 alone, U.S.
of the 1990s, was the era of inappropriate sales of Hytrin were more than $540 million, have been collaborating on all sorts of cases mental health treatment: committing people since then, in the investigation phase as well who didn’t need to be committed and keep- The Hoechst suit (United Wisconsin as litigation.” LaSusa calls Streur an old fashioned gumshoe and a first-rate investi- benefits ran out. The second, roughly the Aktiengesellschaft, Hoechst Marion Roussel mid-1990s, saw an upsurge in clinical billing Inc. and Andrx Pharmaceuticals Inc.), was “It’s been fun,” says LaSusa. “I get to do irregularities. This was the age of “upcod- filed in State of Wisconsin Circuit Court, some of the stuff I originally started out doing for the Illinois attorney general, which was fraud investigations and recoveries that according to Streur, and it involves pharma- antitrust laws, accuses the Hoechst compa- helped thousands of people. In a sense, I’m ceuticals. The first indicators, he says, nies of a two-stage effort to monopolize the showed up a few years ago, “when the cost $900 million annual market for the prescrip- of prescription drugs began to outrun not articulate and take to the level of corporate only the base rate of inflation, but the higher which Hoechst markets as Cardizem CD.
strategy an effort that Streur was already According to the complaint, starting in 1992, implementing, in a corporate culture that Hoechst engaged in a variety of anti-com- spiking?” he asks. “You come to certain con- petitive practices, including filing frivolous patent infringement actions. Then in 1997, Wisconsin Services and Blue Cross & Blue a generic competitor not to market. Brand- realizing that its efforts were not sufficient, it Shield United, Thomas R. Hefty, is a for- conspired with Andrx to divide the market, “We are trying to provide an answer and paying Andrx millions of dollars a year not create a lead,” he says, “a position that other to market its generic version of Cardizem “This is one of the companies that pro- LaSusa says. “Half the strategic business In March 1999, UWS filed a lawsuit against Services Inc., et al v. Mylan Laboratories et Hoechst and a generic manufacturer, Andrx al, was filed in U.S. District Court, District Pharmaceuticals Inc., Ft. Lauderdale, Fla. In of Columbia. It seeks damages for alleged May, UWS filed a suit against, among oth- violations of state antitrust and consumer ers, Mylan Pharmaceuticals Inc. In October, LaSusa. “When we looked at these issues, it filed against Abbott Laboratories. All three defendants’ “unjust enrichment.” According 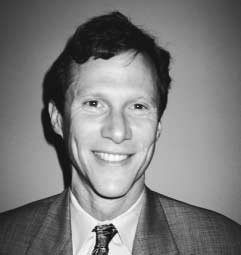 sumer plaintiffs have filed. UWSwas the first traditional third- patent on “the molecule” is aboutto expire, lard on some new and tain to the product and then liti-gate against the generic that is Act, that automatically givesthem another 30 months of pro-tection, in addition to the 17years, plus extensions in somecases, that they have already to the complaint, the defendants’ actions lawsuits, nor would it comment more gener- allowed them raise the price for the generic ally on the issues raised by LaSusa or the drugs lorazepam and clorazepate by as much A spokesperson for Abbott says it is poli- The managed care industry has been caught The suit against Mylan is also brought in cy not to comment on pending litigation.
flat-footed, in Cohen’s view. Its response, the name of a class of third party payers. It now that criticism has reached critical mass, Marion Roussel and to the general counsel’s is to pour resources into lobbying while fail- dants have arranged to keep generic manu- ing to confront economic facts that are mak- facturers other than Mylan from obtaining this area, it is far from the only party that has according to Cohen, about $100 billion was “As evidence of the success of Mylan’s Commission has indicated it is looking at the United States, about 70 percent of it through monopolization scheme, its market shares of ship. Aetna has sued Hoechst over allega- “What percent of that is affected by the Chlorazepate increased when Mylan raised tions relating to Cardizem CD, and there are acrobatics done to keep generics off the mar- prices more than tenfold,” according to the now about 30 pending lawsuits relating to ket?” he asks. “Ten billion? Fifteen? It’s a lot Disgorgement Case, January 1999, p. 74].
partner at Lowey Dannenberg Bemporad & Cohen, in fact, has filed several of them, cal expenditures on their plans, and why it including the case for Aetna, as well as for is happening,” Cohen says. “Larry has Association), says that Hoechst and Abbott are members, but as a matter of policy, the

Services for children and young people