An Affinity Based Greedy Approach towards
Chunking for Indian Languages
Dipanjan Das, Monojit Choudhury, Sudeshna Sarkar and Anupam Basu
Department of Computer Science and Engineering Indian Institute of Technology, Kharagpur email: [email protected], {monojit, sudeshna, anupam}@cse.iitkgp.ernet.in Abstract
Abney (1991) viewed chunks to be connected sub-graphs of the parse tree of a sentence. For example, The young girl was sitting on a bench.
language text. Chunking for Indian lan-guages require a novel approach because of the relatively unrestricted order ofwords within a word group. A compu- [The young girl]/NP [was sitting]/VP [on a on valency theory and feature structures where NP, VP and PP are noun, verb and preposi- draws an analogy of chunk formationin free word order languages with the Several methods for chunking have been explored for English and other European languages since the 90’s. (Abney, 1991) introduced a context-free unavailability of large annotated corpora grammar based approach for chunking of English forces one to adopt a statistical approach focussed on statistical techniques. Machine learning based approaches eliminate the need of manual rule creation and is language independent. (Ramshaw and Marcus, 1995) proposed a transformation based learning paradigm for text chunking, whichachieved approximately 92% precision and recallrates. This work involved text corpora as training Introduction
examples where the chunks were marked manually.
Other works report more than 90% accuracy in Chunking or local word grouping is an intermedi- identifying English noun, verb, prepositional, ad- ate step towards parsing and follows part of speech jective and adverbial phrases (Buccholz et al, 1999; tagging of raw text. Other than simplifying the pro- Zhang et al, 2002). The work of (Vilain and Day, cess of full parsing, chunking has a number of appli- 2000) in identifying chunks is worth mentioning cations in problems like speech processing and in- here because their system used transformation based formation retrieval. Chunking has been traditionally rules which would either be hand-crafted or trained.
defined as the process of forming groups of words The trained system performed with precision and based on local information (Bharati et al, 1995).
recall rates of 89% and 83% respectively, whereas they attained much lower precision and recall rates this description may have a nested structure as well.
in the hand-engineered system, and hence their The following sentence elucidates some chunks for observations justified the use of the learning based and context sensitive rules for part of speech tag sequences to chunk sentences. The rules in their work were also derived from training data.
wood[of] table[on] very beautiful flower-vase was The problem of chunking for Indian languages (There was a very beautiful flower-vase on takes a new dimension for a two reasons.
for most free-word order languages, the internalstructure of the chunks often have an unrestrictedorder, for which chunk identification becomes a In sentence 3, kAThera TebilaTira upara forms a challenging task in comparison to English text.
noun chunk (NN) which has two chunks within it - However, full parsing of free-word order languages, a noun chunk and a postposition (PPI). In the noun which is a hard task, becomes much easier to solve chunk khuba sundara phuladAni, there is an adjecti- when the intermediate step of identifying chunks val chunk (JJ) khuba sundara and a noun phuladAni is achieved. Second, there is a dearth of annotated nested inside. It should be noted that due to lack of strong word ordering constraints in Bengali, the number of sentences used for training an NLP chunks can be freely permuted in the above sentence system for languages such as English goes beyond to yield grammatically correct sentences having the a few millions. In the scenario of Indian languages, same meaning. However, words may not be per- such colossal amount of training data is hardly muted across the chunks. For example, the sentence sundara TebilaTira upara khuba kAThera phuladAni Chila.
beautiful table[of] very wood[of] flower- An approach towards chunking based on valency theory and feature structure unification has been described here. An analogy of unification of FSs of syntactic units has been drawn with the formationof complex structures from atoms and radicals. Inthe formalism reported the parse tree of a sentence has further been imagined to be similar to the syntax, but a different semantics. Thus informally, molecular structure of a substance. A chunker for a chunk or a word group is a string of words inside Bengali has been implemented using this formalism which no other word of the sentence can enter with a precision of around 96% and a recall of without changing the meaning of the sentence. The approximately 98%. In the next section we describe present paper assumes this definition to identify the nature of chunk formation in Bengali.
chunks for a particular input sentence.
The problem of dividing a Hindi sentence into Chunking in Free Word Order
word groups has been explored by (Bharati et al, Languages
1995). The output of the grouper served as an inputto a computational Paninian parser. However, in In this paper, chunking, especially with a view to- their work, they made a distinction between local wards free word order languages, is defined to be the word groups and phrases. They assert from a com- process of identifying phrases in a sentence that have putational point that the recognition of noun phrases an internal arrangement independent of the over- 1In this paper, Bengali script has been written in italicized all structure of the sentence. Chunks according to Roman fonts following the ITRANS notation. 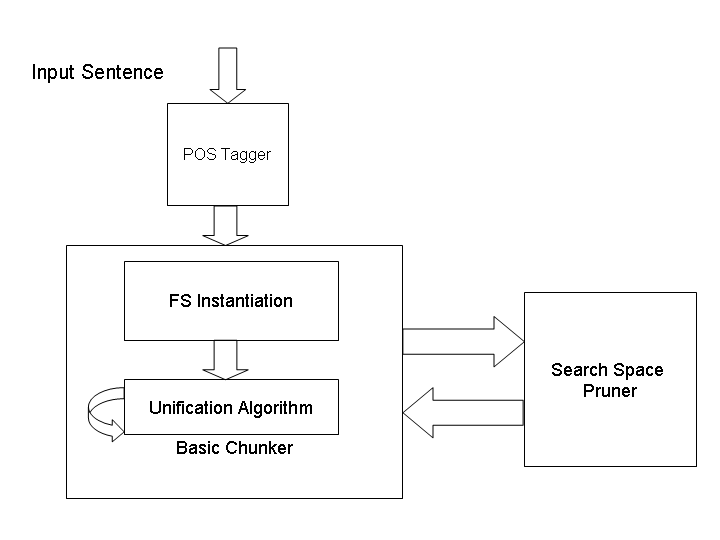 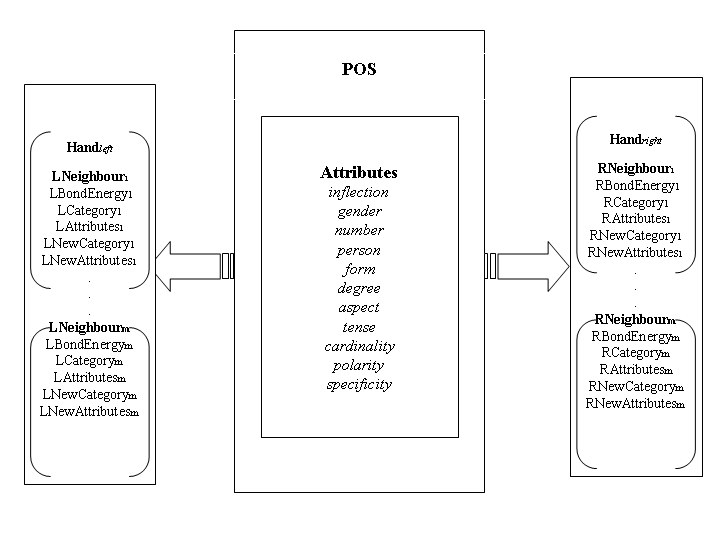 Affordable Health Care—in a Book Publishers keep up with the burgeoning of new ap- Craig Panner, editorial director of the med- proaches to health care and the need for fresh infor- ical division at Oxford University Press, says, mation “As we begin to prepare for the AffordableCare Act, publishers recognize the importanceof, and the need for, high-quality consumer ed-ucation mater