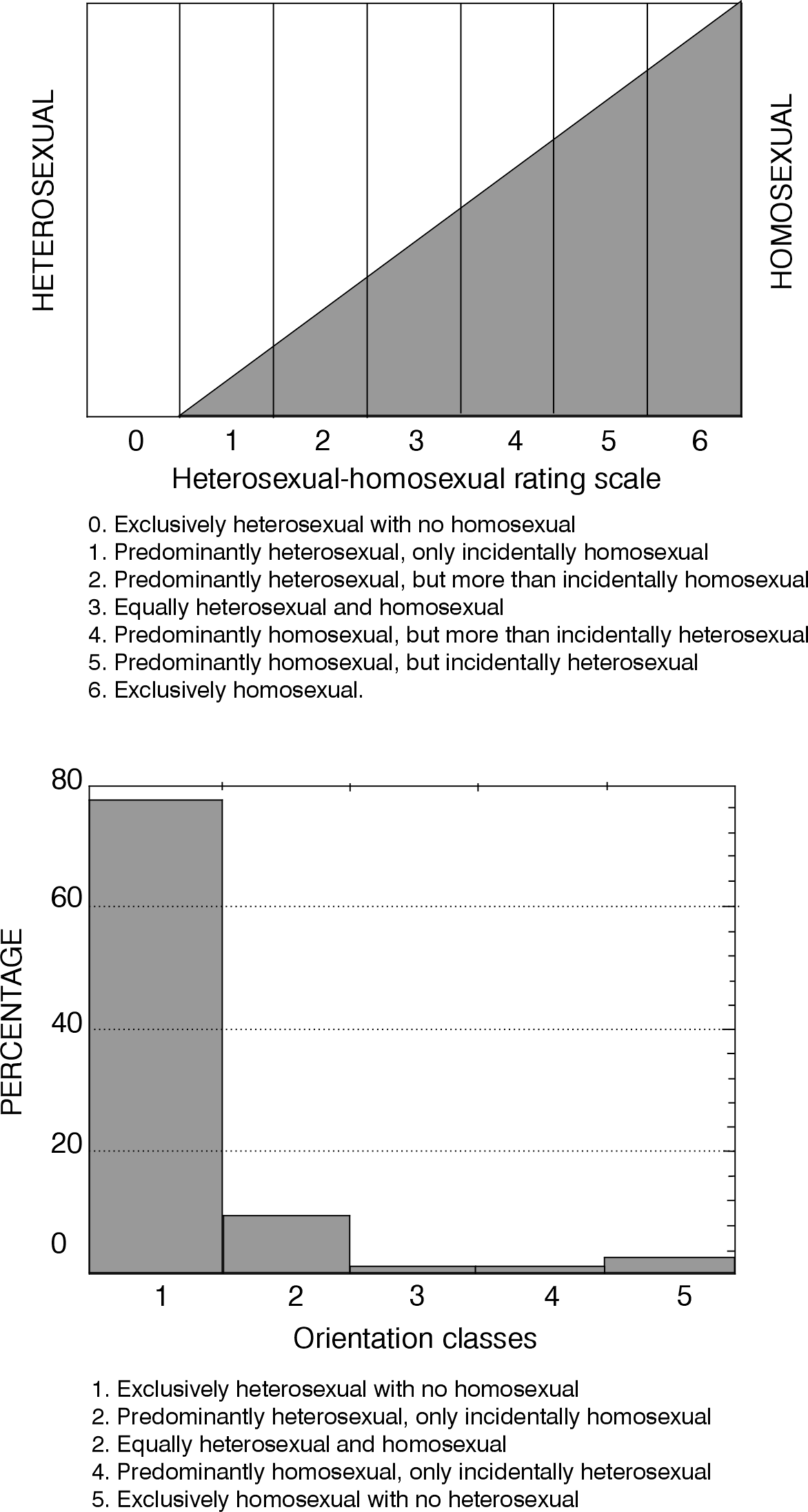 Who was Dr Kinsey?
Dr Alfred Kinsey was a professor of zoology who wanted to establish himself as the world’s foremost sex researcher. But that was only his second objective. His first was to change society’s view of what normal human sexuality was. His speciality before he turned to human sexuality was gall wasps, on which he became the world’s leading expert. He was an avid and painstaking collector of statistics. Kinsey’s findings have been challenged before, but only piecemeal: the overwhelming, voluminous nature of his research, the plethora of figures, tables, graphs, defied analysis. It took 40 years for the first com-prehensive critique of Kinsey’s 1948 survey to appear: Kinsey, Sex and Fraud, by Reisman and Eichel in 1990. Forty years too long. Quoting extensively from Kinsey himself, his co-author, Wardell Pomeroy, and a biographer, the authors argue that Kinsey knew exactly what he wanted to say before he started his research. “His co-workers were chosen for their bias. Kinsey was a man on the way to a scientific conclusion regardless of the evidence,” say Reisman and Eichel. His aim was “to show that heterosexuality was not the norm, and to establish bisexuality as the “‘balanced’ sexual orientation for normal uninhibited people, in effect .(to) encourage heterosexuals to have ho-mosexual experiences”. Kinsey himself was bisexual. Kinsey advocated involvement in all types of sexual activity: incest, sex with children and animals not excluded. He wanted to create a society in which children would be instructed in early peer sex and sex with adults. He was indig-nant about cultural and religious restrictions on sexuality. Kinsey’s “normal” research sample of 5300 men was deliberately and heavily biased - which is why his homosexual figures were so high. Kinsey “clearly set out to obtain - or did not try to avoid - a high percent-age of sexually promiscuous persons in his sample”: several hundred male prostitutes, 1200 convicted sex offenders, 300 students from a high school renowned for its “aberrant” (homosexual) sexuality, inappropriately high numbers of pedophiles and exhibitionists, prison inmates, known to be highly disproportionately homosexual in activity, and calculated to be possibly a quarter of the total sample; and several hundred infants and children from two months to 15 years of age who were “criminally” manually and orally masturbated to “orgasm” by workers. The authors say Kinsey’s findings are “the most egregious exam- ple of scientific deception this century.If even some of the information we now have of Kinsey’s research methods had come out 40 years ago, the Kinsey team would have been scientific pariahs instead of instant celebrities.” The Sex Research Institute Kinsey founded published another tome in 1989, Sex and Morality in the US, written around another com-prehensive survey of sexuality undertaken in 1970. The Institute is at pains in this volume to put some distance between itself and its founder and clear this survey of impropriety. It has met with a hugely better re-ception from the scientific community. That and further studies in the nineties, on well randomised samples in the U.S., U.K. and some other European countries put the grand average of exclusive homosexuals and bisexuals for both sexes at 2.2%, a long way short of Kinsey’s 10%. (See My Genes Made Me Do It!) According to one recent study these figures have risen slightly to about 3.5% (see Chapter 13) Even at 2.2% of the population the number of homosexuals in the western world is still huge - at least 35 million people - thousands of them in the church.
1. From a paper compiled by Sy Rogers and Alan Medinger. 2. Alfred C Kinsey, Wardell B Pomeroy and Clyde E Martin, Sexual Behaviour in the Human Male (W B Saunders Co: Philadelphia and London, 1948), p 638. Reproduced by permission of The Kinsey Institute for Research in Sex, Gender, and Reproduction, Inc. 3. Compiled from statistics drawn from Sex and Morality in the US, copyright 1989 by the Kinsey Institute for Research in Sex, Gender, and Reproduction.

Holiday Information hotelier should stamp your immigration card and submit it Before making a booking we will need to know if you havemay be building work in the vicinity of your holiday accom-to the local police station on your behalf. If you book aany medical/physical mobility needs which might affect howmodation, or in the resort area. As is the custom, work mayflight only to Bulgaria a