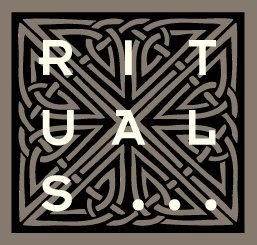 Ayurveda, the 'science of life', came into being thousands of years ago in early Indian civilisation. This knowledge of overall health, the effects of herbs and spices and the importance of proper nutrition has been passed down from one generation to the next. Rituals drew inspiration from this ancient science when developing a 100% pure herbal tea. A delicate and balanced mix to fortify your body's balance, and restore harmony and inner tranquility. A mild and refreshing thirst quencher, with the invigorating effects of herbs including fresh mint,fennel seed and purifying spirea. Treat body and soul to the This tea is grown on a small Chinese Tea Estate. The freshly picked leaves are immediately dried to avoid fermentation. Unspoiled by blending or artificial flavouring. The uncut, green leaves produce an invigorating and stimulating drink that has long been favoured by Japanese monks to stay awake during meditation and is still widely appreciated all over Asia. Jasmine adds its floral note and soothing properties. Optimum infusion with a refreshing taste and pure Chinese grey tea combined with natrual extracts of Bergamot forms ths basis for Earl's Secret. The pear-shaped bergamot fruit is known for its relaxing, but also inspiring and refreshing qualities. A trade delegation was sent to China by the Earl Gray II. During this voyage one of his diplomats rescued a little boy from drowning. As a token of gratitude the boy's father,a Mandarin, presented the Earl a recipe of the secret blend.This tea later became known as Earl Grey.
The mountain people of the South African Cape region were the first to discover the goodness of Rooibos ( Red bush). For centuries the aromatic needles of the plant have been dried and used to make a tea that stimulates the metabolism and calms the body and mind. Now the entire Western world has discoverd the invigorating, thirst-quenching and calming properties of Rooibos. Known for its beneficial effects, it's caffeine free,low in tannin and rich in anti-oxidants and essential Assam, the birthplace of Indian tea, is devoted to tea plantation thanks to its unique climate. Grown along the banks of the Brahmaputra River, the weather conditions create a fine malty character. This climate produces a rich, deep amber tea, full of body, that gives the tea its unique taste. The fine tea of the Assam leaf is popular all over the world. In India, tea is consumed in the mornings and in the afternoons by many Indian families. It's a well known Indian ritual and customarily the first thing offered to houseguests. Rituals has created an ideal mis of natural ingredients so the fullness of this Assam tea is a pleasure This is a refreshing blend of black Keemun tea and tiny pieces of lime. Since the 7th century the province of Keemun in the South of China is known for its fine blend of tea, wich was exported to other areas of China and overseas. The small and compact leaves are combined with lime, wich gives this tea its freash, aromatic character. The juicy citrus fruit has a light concentration of vitamin C. Limes were used in the voyaging days by English travellers to supplement the crew's diet. A well-known story has it that tea was discovered purely by chance. Sometime around 3000 B.C., the mythical Chinese emperor Shen Nung was in the forest boiling water to drink when a few leaves from the Camelia Sinensis tree floated down, landing in his pot. The tantalising aroma immediately captivated the emperor. All it took was one sip to reveal 'the secret of tea'. For centuries tea was used mainly to treat stomach disorders. Later, tea drinking became a festive ritual. Wealthy families sipped the hot beverage from deep bowls crafted from expensive Chinese porcelain. The practice of drinking tea spread to Japan from the year 800. In the 16th century, explorers brought tea to Europe. This tea is a subtle variation on the well-known smoked black tea Lapsang Suchong, wich originates from the Chinese province of Lipton thee Normaal/Linde/Rozenbottel/Camomille.€ 2,20

Greyhound Medication Classification and Penalty Guidelines Purpose This document is intended to assist the racing judges at Texas pari-mutuel greyhound racetracks in issuing consistent and effective rulings against licensees for violations of the Texas Racing Act (Act) and the Texas Racing Commission's rules (Rules) prohibiting the illegal influencing of a race. It is the policy of the C