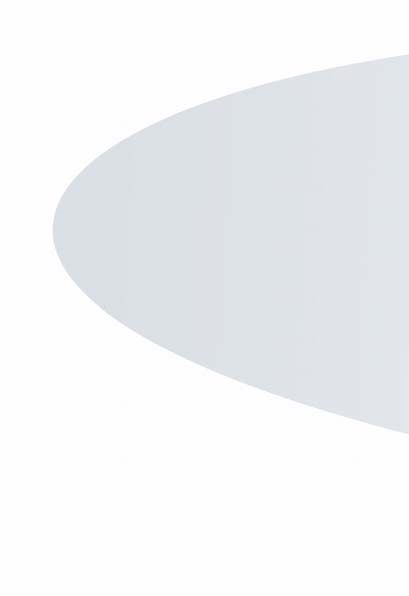 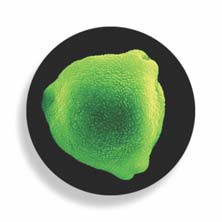 Exp21-pages anglais 4-15 24/05/04 16:14 Page 6 ✘✦✣★✣✘✖✦✄✽❇❇❉✹❇ SLIT vs SCIT - The first placebo
controlled trial
The eighty-nine patients enrolled had at least 2years of seasonal birch pollen rhino-conjunctivitis Sublingual immunotherapy (SLIT) has been
uncontrolled by conventional pharmacotherapy (2).
investigated for at least fifteen years. Many
Allergy to birch pollen was verified using a stan- controlled studies have been conducted and
dard extract in skin prick and conjunctival provo-cation tests. A radioallergosorbent test (RAST) most prove that SLIT is effective, has a good
was used to confirm the presence of specific IgE safety profile and is convenient. However,
there has been no placebo-controlled study
Although, the study did not set out to determine in which the efficacy and safety of SLIT and
efficacy in asthma, patients with mild seasonalbirch pollen induced asthma were included subcutaneous immunotherapy (SCIT) have
been compared – until now.
Patients were randomized by minimization, whichis a method that distributes patients evenlyaccording to severity disease, gender and age(3).
The findings of the first such study have The study was double-blinded throughout the Danish investigators (1). It represents alandmark in the development of effecti- To take SLIT, the patient administered drops that ve and practical specific immunotherapy (SIT).
were allowed to remain under the tongue for two The main aim of the study was to compare effi- minutes and then swallowed. SCIT was administe- cacy and frequency and severity of side-effects red in a clinic and patients were kept under obser- Birch pollen
when SLIT or SCIT was administered to adults vation for thirty minutes after each injection.
suffering from rhino-conjunctivitis as a result ofallergy to birch pollen. Birch pollen allergy has a For SLIT there was a 30-day sublingual induction well-defined season and provides a good clinical phase followed by a maintenance phase of bet- ween 21 and 23 months. The starting dose was EXCLUSION CRITERIA
Furthermore, there have been few controlled stu- 0.0164 µg Bet v 1 and the highest dose adminis- dies of birch pollen allergen extract in rhino- tered was 49.2 µg Bet v 1 administered every two conjunctivitis, so additional data is welcome. The days. For SCIT, the starting dose in the induction secondary aim of the study was to determine the phase was also 0.0164 µg Bet v 1 and the month- magnitude of clinical efficacy of SLIT and SCIT ly maintenance dose was 3.28 µg Bet v 1. Dosage was adjusted according to each patient’s tolerance to treatment and during the pollen season, doses The investigators devised a randomized, double- were reduced by between 20 and 40% in patients blind, placebo-controlled, double-dummy study, who exhibited allergic symptoms (Table 2).
including a pre-treatment evaluation period ofone year, followed by two treatment periods over Patients completed diary cards during each birch pollen season, recording allergic symptoms, medi- Tab.2 TREATMENT FORMULATIONS
to mimic induction oflocal reactions. 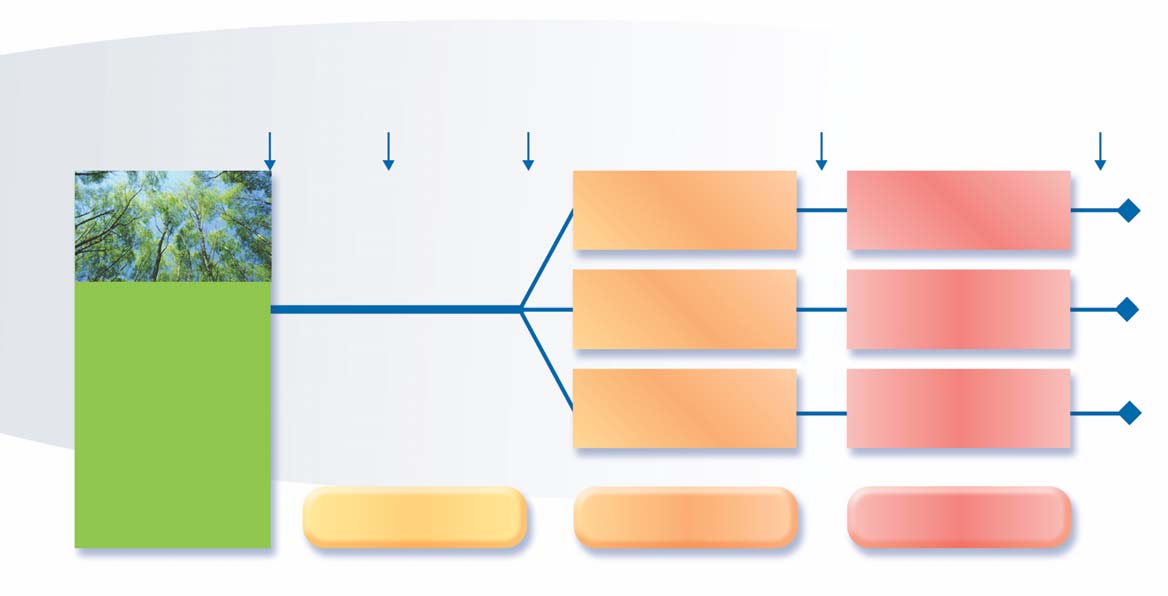 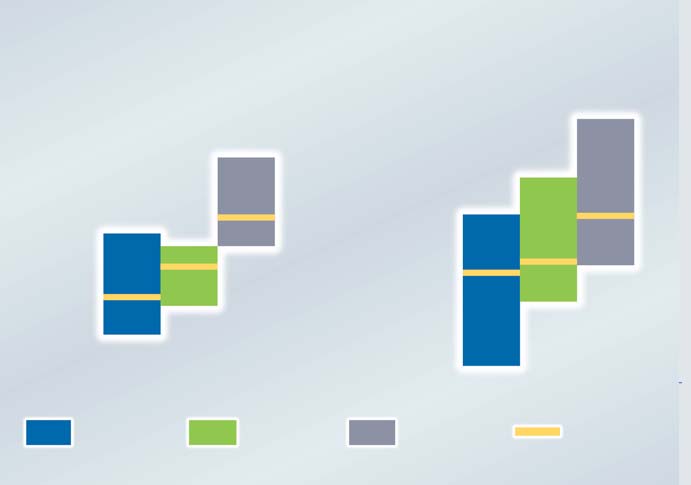 Exp21-pages anglais 4-15 24/05/04 16:14 Page 8 ✘✦✣★✣✘✖✦✄✽❇❇❉✹❇ The other was to calculate the ratio of first treat- by a factor 1.03. Disease severity in the SLIT group ment season scores to those of pre-treatment.
was being only half that of the placebo group. In Both methods have in-built effects, the subtrac- the SCIT group symptom and medication also tion method, weighting results in patients with improved and disease severity was one-third of the This is the first placebo-
severe disease, and the ratio method weighting placebo group. There were no statistically signifi- controlled comparison
cant differences in efficacy between the SLIT and of SLIT and SCIT. It
the SCIT groups using either method of measuring shows that birch pollen
Using the subtraction method both SLIT and SCIT sublingual immunothe-
treatment showed a significantly better outcome rapy produces a signifi-
compared with placebo treatment. Results obtai- Local side-effects associated with SLIT (itching ned by the ratio method indicated that the seve- or mild œdema in the mouth and/or throat) occur- cant and clinically
rity of the disease was reduced to a greater extent red mostly during the induction phase and resolved relevant reduction of
in the SCIT group, to one-third of the severity in when the dose was temporarily reduced.
symptoms and rescue
the placebo group. In the SLIT group severity was In the quality of life assessment, there were no sta- medication usage in
reduced to half that observed in placebo treated tistically significant differences between groups.
seasonal rhinitis
Similarly, for adverse events, including grade 2 patients allergic to birch
systemic side-effects, there were no differences.
In the first treatment season (1998), pollen However whereas one grade 4 and five grade 3 pollen. SLIT efficacy is
exposure was 2.29 times higher than in the pre- systemic reactions occurred in the SCIT group (all not statistically different
treatment season. Not surprisingly, the placebo- were successfully treated without withdrawal from to that of SCIT. SLIT
treated patients had increased symptom scores (by the study), no grade 3 or 4 reactions occurred in was well tolerated with
a factor 1.45) and increased medication scores (by the SLIT group. There were no withdrawals due to only harmless local
a factor of 2.01). By contrast, in the SLIT group, side-effects.
symptom scores fell by a factor 0.78 and drug use INTERVIEW… with Pr P. Scheinman, Necker Hospital, Paris (France)
Expressions. What lessons can we
allergens. There is no theoretical reason draw from this study?
means that fewer physicians in general are obtained in adults but they can be extrapo- Professor P. Scheinman. There are two
lated to children. You cannot do the same some bad experiences with early trials of important lessons. First, there is no signifi- trial in children because it would be une- cant difference in efficacy between subcu- thical to give them placebo injections.
physicians more wary in general. In Fran- taneous and sublingual therapy. There is a ce, for example, immunotherapy is a regu- suggestion that sublingual therapy may be E. Is compliance a problem with
lar feature of the continuing medical edu- a little less effective but the tolerance is so Pr P. S. As far as we can see, compliance
longer use injectable allergens except for is good. It may be that some sort of tablets conjunctivitis but almost a third had asth- E. The study is described as a
E. Why is immunotherapy not used
“cornerstone” in immunotherapy,
E. Can we assume that SLIT would
more widely in, say, the United
what, for you would be the next
be effective with other allergens?
Kingdom?
landmark?
Pr P. S. I think the results obtained with
Pr P. S. There is a shortage of allergolo-
Pr P. S. That’s easy. Perennial asthma due to
birch pollen can be extrapolated to other gists and few specialist physicians are trai- dust mites with sublingual immunotherapy.
(1) Khinchi MS, Poulsen LK, Carat F, André C, Hansen AB, Malling H-J. Clinical efficacy of sublingual and subcutaneous birch pollen allergen-specific immunotherapy: a ran-domized, placebo-controlled, double-blind, double-dummy study. Allergy 2004; 59: 45–53. Comments 37-38.
(2) Malling H-J, Weeke B (eds). EAACI position paper: immunotherapy. Allergy 1993; 48 (Suppl. 14):7-35.
(3) Taves DR. Minimization: a new method of assigning patients to treatment and control groups. Clin Pharmacol Therap 1974; 15: 443-453.
(4) Cockrane 2004.