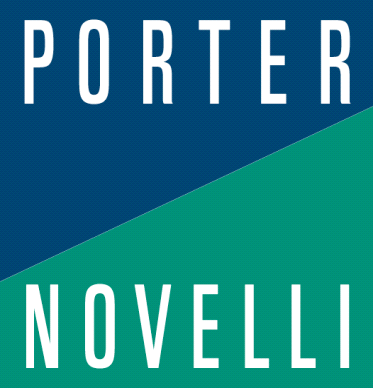 The product studied was a prescription medication for the treatment of overactivebladder, and the outcome measure was prescription volume. Some 3,000 articles wereanalyzed using a proprietary media index16 that accounted for tone. The overallcorrelation between the primarily neutral and positive coverage and prescriptions wasmodest (r=.51), suggesting that volume alone is not sufficient to produce desiredresults.
However, when coverage was limited to only that which contained at least one key
message, and was then correlated to prescriptions, the r value soared to .97. Of further
interest, only two of the six key messages appeared to be driving the results.
Incidentally, this Porter Novelli study won the 2006 Institute for Public Relations
Jack Felton Golden Ruler Award for excellence in PR measurement & evaluation.
News with Key Messages Coincide with Prescription Volume
Correlation of Oxytrol Key Message Discussion and TRx • The value of articles containing key messages correlates very well (r=.97) with Oxytol prescription volume.
• The chart below shows the net media value of Oxytrol media coverage containing one or more key messages versus Oxytrol prescription volume.
PN Key Message Optimization
These Porter Novelli findings dovetail with work done by David Michaelson, Ph.D, andToni Griffin in their paper, “A New Model for Media Content Analysis.”17 Michaelson andGriffin found that “between 60 percent and 85 percent of articles on the key issues ofconcern to MetLife included errors in reporting, a misrepresentation of key information 16 VMS’ Media Prominence Index utilizes Media Value refined by Tone and Prominence(of client in article).
17 “A New Model for Media Content Analysis,” by David Michaelson of David Michaelson &Company, LLC, and Toni L. Griffin of MetLife, 2005; available at www.instituteforpr.org .
Exploring the Link Between Volume of Media Coverage and Business Outcomes By Angela Jeffrey, David Michaelson & Don Stacks Copyright 2006, Institute for Public Relations or an omission of basic information that should have appeared in the context of thearticles.” Both studies illustrate the fallacy of considering a campaign a success if one gets lots ofoverall pick-up, and even “key-message” pick-up, without checking that the messagesdelivered were accurate and resonated well with the targeted audience.
INITIAL CONCLUSIONS
As stated earlier, this paper only skims the surface of exploring the relationship betweenmedia coverage volume and related business outcomes. It cannot lay claim to proof ofcausation in any of the cases above, since experimental research would be required tomake that leap.
But it appears there is a preponderance of evidence that suggests a strong relationshipbetween the two. Certainly Bruce Jeffries-Fox, former chair of the Institute for PublicRelations’ Commission on PR Measurement and Evaluation, found similar results in aseries of studies he did for AT&T several years ago18. At the conclusion of his work, hewrote, “These data suggest that exposure to prolonged and highly positive newscoverage can positively impact consumers’ attitudes toward and perceptions of acompany.” IMPLICATIONS AND DISCUSSION
So media coverage volume matters; and, depending upon your business goals, tone andmessage also matter. Implications for the practice of PR seem obvious: 1. Establish clear, measurable business goals and objectives for your campaign.
2. Utilize formative research to establish key messages that resound with your 3. Secure as much positive, on-message media coverage as is possible.
Implications for PR measurement and evaluation would include: 1. Measuring the volume of media coverage with Clip Counts may be sufficient for correlating relatively neutral, factual campaigns to business outcomes.
2. For more controversial, complex or commercial campaigns, volume can be better determined with more qualified measures that are sensitive to Tone andMessage, if correlations are to be seen.
A second paper will follow exploring coverage volume in terms of competitive share, tosee how relative volume plays into the mix.
18 “Toward an Understanding of How News Coverage and Advertising Impact ConsumerPerceptions, Attitudes and Behavior;” by Bruce Jeffries-Fox of Jeffries-Fox Associates;www.instituteforpr.org .
Exploring the Link Between Volume of Media Coverage and Business Outcomes By Angela Jeffrey, David Michaelson & Don Stacks Copyright 2006, Institute for Public Relations

SCIENCE WITHOUT BORDERS – LIST OF PROJECTS These projects are aimed at currently enrolled undergraduate students who have completed three years of a full time undergraduate course and who intend to continue with studies towards an honours degree. Instructions: Students interested in applying for one or more of the projects listed below should email their resume and a covering letter to