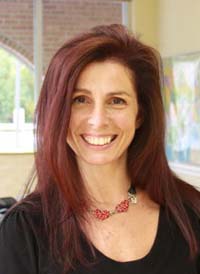 <Back
Having trouble viewing this email? Click here November 2010 Dear Practitioners, Sports medicine is a hot topic all over the world. I wish to share with you some preliminary results from our pilot study being conducted by Dr. Maryanne Cowan at her practice in New Jersey. Dr. Cowan has an elite clientele of professional athletes who are experiencing significant improvements with the use of ONDAMED from their acute and chronic symptoms. If you are interested in how to implement ONDAMED into your practice to help athletes overcome their injuries quickly, and non-invasively, while improving their performance, please email me. Much gratitude goes out to Dr. Cowan for providing us with these excellent cases. My best wishes to all of you, Silvia Binder ND, PhD CEO/GF The Ondamed Companies New York & Germany www.ondamed.net + (1) 845 534 0456 / 111 [email protected] Sports Injury Cases & ONDAMED
THE COWAN WELLNESS CENTER
MARYANNE COWAN, L.C.S.W., PH.D., DIRECTOR
Dr. Maryanne Cowan has a psychotherapy and integrative medicine practice in Ridgewood, New Jersey. She has combined traditional psychotherapy with alternative medicine and spiritual development to offer state of the art healing modalities in a complete wellness program tailored to suit each person’s need for health and wellness. She has been in private practice for approximately 25 years refining techniques to help people heal on emotional, physical and spiritual levels. She https://ui.constantcontact.com/templates/previewer.jsp?format=html&agent.uid=11039240. 2/21/2012 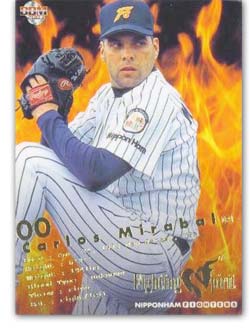 received her Master’s Degree in Social Work and is a Licensed Clinical Social Worker. She also completed her Ph.D. and Th.D. from Holos Graduate Seminary with a doctorate in Integrative Health Care. Maryanne was trained at Holos University by Dr. C. Norman Shealy, a pioneer in the field of Holistic Medicine and a prolific author. Along with her husband, James Cowan, Jr., M.D. she has developed a unique practice, combining traditional medicine with the latest in Complimentary Medicine. "All of our patients receive ONDAMED and we are seeing tremendous results. We are currently studying the efficacy of ONDAMED on a select group of injured athletes. The results of our pilot study using ONDAMED have shown significant reduction in pain resulting from injuries. Athletes who have participated in our pilot study are without pain and some have resumed their professional sport." -- Maryanne Cowan
CASE 1: ROTATOR CUFF INJURY
Carlos Mirabal, a 37 year-old retired Yankee pitcher received 16 ONDAMED sessions, twice weekly beginning June 28, 2010. Carlos was diagnosed with a Rotator Cuff tear while playing for the Yankees in 2005. They performed surgery to repair the tear in June 2006. During his rehabilitation, Carlos was relief pitching for a local team, The Bears. The pain never subsided in his shoulder, and he had chronic knee pain from pitching. Carlos was never able to return as a starting pitcher. He had been signed by the Houston Astros in 2008, and was used by the league as a relief pitcher for a short time. However, the pain became chronic and he was never able to pitch at his previous speed of 95 miles per hour. There came a point in 2008 that his strength and endurance along with the chronic pain, made him unable to play in the major leagues any longer and he retired in September 2008. During 2009, Carlos developed his own training center for young athletes in New Jersey. It was in the spring of 2010 that he was introduced to our Wellness Center and was educated about ONDAMED. Since then, Carlos has been out of pain and he is training to resume his pitching career. ONDAMED was started on June 28, 2010 at the Cowan Wellness Center in Ridgewood, N.J. Carlos was treated twice a week following the standard protocol and all four modules. The programs for muscle and nerve pain (82 and 84) were also applied. After six sessions with the ONDAMED, Carlos reported having better range of motion with his shoulder during training, including bench-pressing more and lifting more weight. He realized that he had no pain in his shoulder or discomfort following workouts and was able to slowly increase his training capabilities. Standard protocol was continued twice a week and Carlos was still pain free in both the knee and shoulder. In August he was asked by a weekend A-team to relief pitch for them. He decided he would test how his shoulder and knee would respond to actually pitching a game. He played on Sunday, August 29, 2010 and pitched a “no hitter”, with no pain or discomfort following the game. He pitched two weeks later with the same results. During this time Carlos increased his training to prepare to play for a major league team again. He https://ui.constantcontact.com/templates/previewer.jsp?format=html&agent.uid=11039240. 2/21/2012 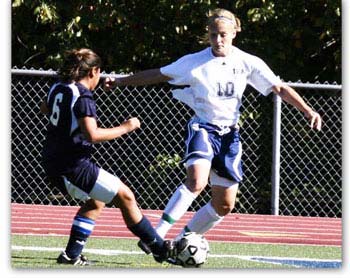 has been asked to pitch in Arizona and to pitch winter ball in Puerto Rico, which he is considering. Since August, he has pitched an additional four games without any discomfort or pain. Carlos will continue his bi-weekly treatments for the next two months. He is a huge advocate for ONDAMED. CASE 2: SHOULDER DISPLACEMENT
Claire R., age 20, was treated for an August 2010 Shoulder Displacement following a Bacterial Infection of HLH diagnosed on November 9, 2009. Claire entered treatment on March 19, 2010 for symptoms of Post Traumatic Stress Disorder (PTSD) following an HLH Autoimmune Infection, which became so critical that she expired while in the hospital and was revived by the staff at New York Presbyterian Hospital. She slowly recovered from this infection, taking months of rehabilitation. Prior to her body total shut down, Claire had been an athlete playing soccer in high school and was slated for a scholarship to play for Southern Connecticut. With only a summer of recuperation, she headed off to college and a rigorous training schedule. This became too much for her still fragile system. She developed poor sleep, anxiety, and depression, vivid and frightening nightmares. The nightmares were the reliving of being hospitalized, near death experiences and the severe pain of the illness. She was unable to keep up with the schedule and returned home to seek treatment. She was in so much discomfort that we prescribed Lexapro 20 mg, Ambien 10mg for sleep and Ativan 0.5mg BID. She was then scanned with ONDAMED and began a bi-weekly protocol of ONDAMED. During the ONDAMED sessions, we also engaged in psychotherapy for her emotional issues related to the PTSD. The nightmares were significantly disturbing. We also worked on the spiritual aspect of the illness and what this meant for her life’s work. Claire’s five near death experiences made her question life and she began developing the spiritual side of her life. The combination of ONDAMED with psychotherapy is very effective in reducing symptoms, easing depression, anxiety, and promoting a feeling of calmness and grounding. Claire continued with this protocol; ONDAMED and psychotherapy for 9 months. Her symptoms became much less severe within 3 months. She was sleeping better and the nightmares were less severe. Claire continued her education at a Community College and she progressed very well in her physical and emotional recovery. Her private training schedule was going well and she planned to play Division Soccer. She was very healthy and in great athletic condition. In July 2010, she suffered an injury to her shoulder while training that literally took the shoulder out of the socket with very painful result. With the combination of ONDAMED and some physical therapy exercises, she was able to go from “little to no movement” in her shoulder to full movement, and more importantly, she was able to play soccer on a Division One Team only two weeks after the injury. https://ui.constantcontact.com/templates/previewer.jsp?format=html&agent.uid=11039240. 2/21/2012

Claire felt the use of ONDAMED and its specific stimulation gave her body the ability to heal itself and reverse any symptoms she was having. Claire has been able to wean herself off the antidepressant, Lexapro and she no longer requires Ativan for anxiety. She has a prescription for Ambien, but uses it only occasionally for sleep. She is basically off all the medications she required when entering treatment with my Center. Claire is a starting soccer player at Manhattan College and she is doing very well. Her blood work continues to be fine with no symptoms or signs of the HLH virus. She is one of the very few that has ever fully recovered from HLH. The mortality rate is very high, particularly among babies. CASE 3: Athlete Rehabilitation
Patrick Dapuzzo., Age 53, retired Linesman with the National Hockey League, started his treatment in my office in August of 2009. Patrick was severely injured during a hockey game; His nose was severed by a player’s skate. He had lacerations to his head requiring 280 stitches, broken bones in his ear, herniated discs in his neck, severe headaches and a dislocated jaw. He also sustained such a blow to his head that he was diagnosed with Post Traumatic Concussion Syndrome, causing a severe sleep disturbance, panic attacks and depression. When Mr. Dapuzzo first came to the office, he literally sat with his head in his hands from the pain and discomfort in his head. He suffered shooting pains in his ear throughout the day and had a difficult time getting out of bed. He was also very depressed over the loss of his career and livelihood. He was scanned on ONDAMED and received bi-weekly treatments. Within three months his ear pain diminished, the depression lifted along with the panic attacks and his sleep was managed much better. He continues to use ONDAMED’s four modules once per week while receiving physical therapy three times per week for the herniated discs in his neck. This will be an ongoing process. His daily functioning has improved greatly and Pat is no longer suffering from the pain he was experiencing in his head, going from a pain level 8 to an intermittent 2, some days 0. The patients above have all given their consent for disclosure of their cases and were not compensated by Ondamed. ONDAMED is registered with the U.S. FDA as a Biofeedback device indicated for muscle relaxation and training only. Any other indications for use or statements regarding medical conditions have not been evaluated or approved by the U.S. FDA. https://ui.constantcontact.com/templates/previewer.jsp?format=html&agent.uid=11039240. 2/21/2012