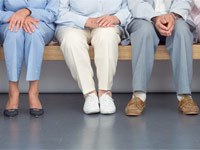 Rebel with a Prescription: Eminem, or America on Drugs Eminem, like millions of Americans, just strolls down to his local pharmacist. Thus at a time when the country is questioning its future state of health, the inspired artist exposes the hidden panacea of American society and throws a glaring spotlight on the issue of drug addiction in America today. A few months ago, Emi