Interpretations of a teratogen warning symbol

TERATOLOGY 64:148 –153 (2001)
Interpretations of a Teratogen
Warning Symbol
KATHERINE LYON DANIEL,1* KAREN DENARD GOLDMAN,2 SUE LACHENMAYR,3
J. DAVID ERICKSON,1 AND CYNTHIA MOORE1
1Birth Defects and Pediatric Genetics Branch, National Center on Birth Defects and Developmental
Disabilities, Centers for Disease Control and Prevention, Atlanta, Georgia 30341
2Health Education and Promotion Program, Health Services Department, Lehman College, City
University of New York, New York, New York 10012
3New Jersey Department of Health and Senior Services, Lebanon, New Jersey 08833
ABSTRACT
INTRODUCTION
Background: Warning symbols are used on terato-
Since 1988, a warning symbol has been used to in- genic medications to communicate the message that form prospective patients and consumers that a medi- women should (1) not take that medication if they may cation is a teratogen—a substance known to cause already be pregnant, and (2) not get pregnant while birth defects (Fig. 1). The symbol depicts the silhouette taking that medication. Communications research indi- of a pregnant woman covered by the international sym- cates that people interpret symbols or pictures in dif- bol for “No” (a red circle with a slash across it). The ferent ways. Other studies have shown that patients do phrases “Avoid Pregnancy,” “Do NOT Get Pregnant,” not always receive education materials that are part of or a combination of both messages are superimposed on prescription protocol. Researchers at the Centers for the circle and/or slash, or appear above and below the Disease Control and Prevention (CDC) tested the inter- symbol itself. This symbol has appeared on prescrip- pretation of the teratogen warning symbol and its abil- tion drug labeling, medication packaging, and educa- ity to convey the correct information without accompa- tional materials and has been published on the Inter- net in private industry and federal government web Methods: A teratogen warning symbol currently
pages. The warning symbol has been used for the printed on some medication packaging uses graphics widely used acne medication isotretinoin (Accutane௡).
and text warning the user not to get pregnant. Re- Accutane has been advocated to treat both serious and searchers interviewed women of childbearing age mild acne, and approximately 2,000 pregnancies have about their interpretation of the warning symbol and its occurred in women taking Accutane (Cunliffe et al., ’97; meaning. Ninety-seven women were interviewed in a Dermatologic and Ophthalmic Drugs Advisory Com- variety of locations, including public health clinics, lit- mittee, ’00a). The warning symbol is now being used for eracy and job training offices, health clubs, and malls.
the drug thalidomide (Thalomid௡), which was approvedfor the first time in the United States in 1998 (Lary et Results: Only 21% of women interpreted correctly
al., ’99). Thalidomide was responsible for severe dis- without prompting that they should either not take the abling birth defects in an estimated 10,000 children medication if they are pregnant or not get pregnant during the 1950s and 1960s before it was taken off the while taking the medication. Twenty-seven percent of market. However, applications for thalidomide’s anti- women first thought the symbol meant the package angiogenic and immunomodulatory properties are in- contained birth control medication, and 24% said it creasing, and it is likely to be prescribed more fre- simply indicated the package contained drugs or med- quently (Lary et al., ’99). Among women, the total icine. An additional 7% said they did not know what the number of physician visits for acne that resulted in symbol was supposed to mean; 39% of respondents Accutane prescriptions has grown from an estimated offered circumstances in which prescription medica- 150,000 in 1989 to 406,000 in 1997 (Stern, ’00).
The teratogen warning symbol was used as part of Conclusions: Misinterpretation of warning symbols
the Accutane Pregnancy Prevention Program devel- can result in serious consequences. This research oped by the manufacturer in 1988. The following year, should serve as an urgent call for mandating educationfor all patients receiving drugs with teratogenic prop-erties, and careful pretesting and modification of warn- *Correspondence to: Katherine Lyon Daniel, Birth Defects and Pedi- ing symbols before they are used on medications with atric Genetics Branch, National Center on Birth Defects and Devel-opmental Disabilities, Centers for Disease Control and Prevention, 4770 Buford Hwy, F-45, Atlanta GA 30341.
Received 6 November 2000; Accepted 7 May 2001 Published 2001 WILEY-LISS, INC.
US government work and, as such, is in the public domain inthe United States of America. 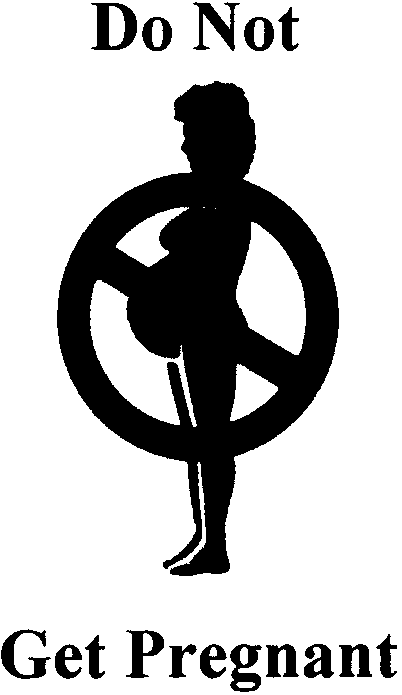 INFORMATION Glossary yrassolG :NOITAMROFNI yrassolG :NOITAMROFNI Glossary of terms Here are some words that you may come across when reading about diabetes. This is for your information only, and it is not necessary to know what all the words mean. Acute - describes something that happens suddenly and for a short time. Opposite of chronic .1 Adipocytes - fat