CHAPTER 2
LITERATURE REVIEWS
2.1 Risperidone
(Risperdal®) is a psychotropic agent belonging to the chemical class of benzisoxazole derivatives. The chemical designation is 3-[2-[4-(6-fluoro-1, 2-benzisoxazol- 3-yl)-1-piperidinyl] ethyl]-6,7,8,9-tetrahydro- 2-methyl-4H-pyrido [1,2-a]pyrimidin- 4-one. Its molecular formula is C23H27FN4O2 (Figure 1) and its molecular weight is 410.49 (Leysen et al., 1988). Figure 1. Structural formula of risperidone (Avenoso et al., 2000)
Risperidone is a white to slightly beige powder. It is practically insoluble in water, freely soluble in methylene chloride, and soluble in methanol and 0.1 N HCl. Risperdal® tablets are available in 0.25 mg (dark yellow), 0.5 mg (red-brown), 1 mg (white), 2 mg (orange), 3 mg (yellow), and 4 mg (green) strengths. Tablets of 0.25, 0.5, 2, 3, and 4 mg also contain talc and titanium dioxide. Risperdal® is also available as a 1 mg/mL oral solution. The inactive ingredients for this solution are tartaric acid, benzoic acid, sodium hydroxide, and purified water (Janssen et al., 1988). 2.1.1 The mechanism of action of risperidone
The mechanism of action of risperidone, as with other antipsychotic drugs, is unknown. However, In vitro studies have shown that risperidone acts primarily as a serotonin (5-HT2) and dopamine (D2) antagonist. It binds with highest affinity to serotonergic receptors. Risperidone also binds to alpha-1 and alpha-2 adrenergic and histamine (H1) receptors, although with much less affinity. Dissociation from 5-HT2 and H1 receptors is slow; however, the drug rapidly dissociates from dopaminergic and alpha adrenergic receptors. The potency of risperidone as a dopamine (D2) antagonist is less than that of haloperidol, and its 5-HT2 antagonist potency is greater than that of ritanserin. Risperidone interacts weakly or not at all with other receptor and neurotransmitter systems, including cholinergic receptors (Anon, 1991; Anon, 1993; Borison, 1994; Leysen et al., 1988; Niemegeers et al., 1988). Studies have shown that there is an exponential dose-response relationship between the daily dose of risperidone and the dopamine (D2) receptor occupancy (Nair, 1998; Remington et al., 1998). The slope of the curve is between that of haloperidol and clozapine but more closely resembles haloperidol. One study did find that extrapyramidal effects were linked to (D2) occupancy with those individuals manifesting symptoms having the highest percentage of binding (Remington et al, 1998). Another study found no clear relationship between symptoms and D2 occupancy. They hypothesized that the decreased incidence of extrapyramidal effects seen with risperidone is not due to the low binding at the D2 receptor but to risperidone's high 5-HT2 affinity providing a relative protection from symptoms (Nair, 1998). Animal studies have shown that risperidone inhibits tryptamine and serotonin-induced cyanosis and 5-hydroxytryptophan-induced head twitching; it also blocks central and peripheral manifestations of dopaminergic stimulation, including apomorphine-induced emesis and apomorphine or amphetamine-induced stereotype or hypermotility (Anon, 1991; Megens et al., 1988). Risperidone is several times less potent than haloperidol in the inhibition of locomotion and induction of catalepsy; in addition, risperidone causes a significant increase in deep sleep, corresponding to the effect of ritanserin (Borison, 1994). Potent alpha-2 adrenoceptor blockade has been demonstrated with risperidone, as it reverses clonidine inhibition of potassium-induced norepinephrine release in occipital cortex. It also exhibits complete and potent lysergic acid diethylamide (LSD) antagonism in animals (Anon, 1991; Leysen et al., 1988; Niemegeers et al., 1988). Marder et al. (1994) reported that in controlled clinical trials, optimal therapeutic effects were seen in the 4 to 8 mg per day dose rang. However, clinical experience in dicicates that in the majority of patients adequate therapeutic effect is achieved at the 6 mg per day dose. Doses above 10 mg per day have not been shown to be more efficacious than lower doses and were associated with more extrapyramidal symptoms and other adverse events. The safety of risperidone has not been established above 16 mg total daily dose, administered twice daily. If administered once daily, safety has not been established beyond a single dose of 8 mg. The dose of risperidone should be adjusted gradually over several days based on clinical response to a target dose of 4 to 6 mg per day. Some patients may benefit from lower initial doses and/or a shower adjustment schedule. Phamacokinetic of risperidone
Bioavailability
Risperidone is well absorbed. The relative oral bioavailability from a tablet was 94% (CV=10%) when compared to a solution (Nyberg et al., 1993; Muller-
Spahn, 1992). Food does not affect either the rate or extent of absorption of risperidone. Thus,
risperidone can be given with or without meals. The absolute oral bioavailability of risperidone
was 70% (CV=25%).
Distribution: The plasma protein binding of risperidone was about 90% over the in
vitro concentration range of 0.5 to 200 ng/ml and increased with increasing concentrations of
γ1-acid glycoprotein. The plasma binding of 9-hydroxyrisperidone was 77%. Neither the parent
nor the metabolite displaced each other from the plasma binding sites. High therapeutic
concentrations of sulfamethazine (100 µg/ml), warfarin (10 µg/ml), and carbamazepine (10
µg/ml) caused only a slight increase in the free fraction of risperidone at 10 ng/ml and 9-
hydroxyrisperidone at 50 ng/ml, changes of unknown clinical significance. Data from one report
show that the distribution of risperidone and 9-hydroxyrisperidone into breast milk is modest.
Based on breast milk samples, the calculations indicate that an infant would receive 0.84% of
the maternal dose as risperidone and an additional 3.46% from 9-hydroxyrisperidone. The total
estimated dose exposure (as risperidone equivalents) was some 4.3% of the weight-adjusted
maternal dose. If women are breast-feeding, their infants should be monitored closely for
possible risperidone- related adverse effects (Scordo et al., 1999).
Metabolism and elimination: Risperidone is extensively metabolized in the liver by
cytochrome P450 2D6 (CYP 2D6) to a major active metabolite, 9-hydroxyrisperidone, which is
the predominant circulating metabolite, and appears approximately equi-effective with
risperidone with respect to receptor binding activity and some effects in animals. (A second
minor pathway is N-dealkylation). Metabolism is sensitive to the debrisoquine hydroxylation 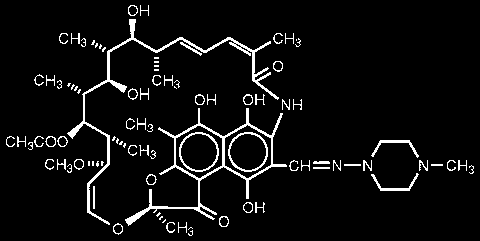 2.4 P-glycoprotien (P-gp)
Numerous transporters have been characterized in the liver, kidney, intestine, and lung, which serve diverse functions including ion, sugar, amino acid, and peptide transport as well as drug and metabolite disposition. This section focuses on one of these transporters, P-glycoprotein (P-gp), an adenosine triphosphate (ATP) dependent drug transporter that has been extensively characterized for its role in multidrug resistance in cancer chemotherapy. Expression of this protein in tumors is associated with decreased intracellular accumulation of cytotoxic drugs, thereby enhancing cell survival in the presence of otherwise cytotoxic drug levels. P-gp is promiscuous in its ability to interact with a large number of structurally and mechanistically distinct drugs, resulting in tumors that are cross-resistant to a diverse number of drugs, hence term multidrug resistance (Silverman, 2000). One physiologic role of P-gp is to serve as a barrier to entry and as an efflux mechanism for xenobiotics and cellular metabolites. It has also been suggested that P-gp may limit intestinal drug absorption to constrain oral drug bioavailability. Since the discovery of the drug efflux activity of P-gp, numerous investigations have attempted to inhibit P-gp-mediated drug efflux with the ultimate goal of increasing the efficacy of cancer chemotherapy. Initial attempts used existing compound: however, because of undesirable pharmacologic activities or limited success, ongoing investigations are using novel agents that are more specific and potent (Silverman, 2000). P-gp is a member of the large, ATP-binding cassette (ABC) transporter family. Hundreds of these traffic ATPases have been identified in bacteria, plants, fungi, and animal cells and are important in the movement of a large number of nutrients and waste products. ABC transporters transport virtually any class of substrate, including ions, sugars, amino acids, peptides, and polysaccharides. These membrane transporters typically have four domains: two have up to six membrane-spanning regions and two, locate at the cytoplasmic surface, bind ATP and couple its hydrolysis to substrate transport. Most notably in prokaryotes, these individual domains are encoded by separate genes; however, in mammals, they are often encoded by a large single gene. Sequence analysis revealed that P-gp is made up of 1,280 amino acids with roughly bilateral symmetry; the amino and carboxy halves of the protein each have six transmembrane
domains and an ATP-binding region. This structural model for P-gp has been investigated using
antibody mapping, site-directed mutagenesis, and biochemical analysis. The secondary structure
of P-gp was found to contain 32% α-helix, 26% β-sheet, 29% turns, and 13% random coil; no
significant alterations in these parameters occurred upon binding of verapamil, ATP, or a
nonhydrolyzable ATP analogue (Silverman, 2000).
2.4.1 Function of P- glycoprotien

8– Substantial Improvement Requirements- any substantially improved or substantially dam- aged (more than 50% of the value of the structure) must be brought up to NFIP and Georgetown County’s ordinance requirements. If the lowest fin- ished floor of the existing house is below the base flood elevation and the cost of the repair or renova- tions is 50% or greater then the structur