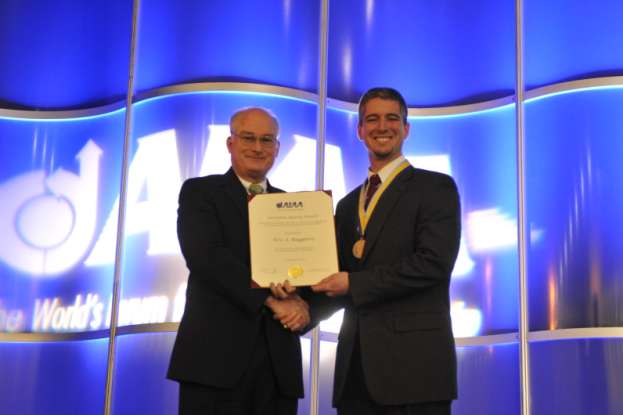 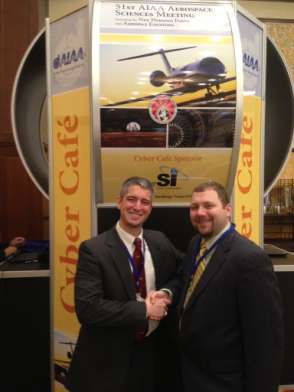 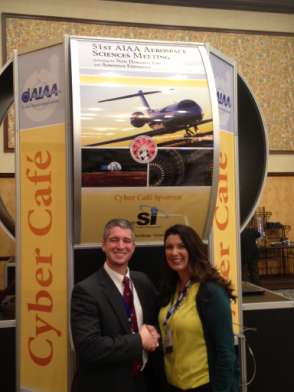 resolve as to why the person is a member of AIAA; and two, at the same time, give other young professionals a chance to hear what role AIAA has meant to someone else and how it is linked to <KH> Is there anything else you would like to add? <ER> I can say, reflecting on my career, especially at the research center, I love the people that I work with, and I love the challenge of the technological problems that we are tackling every day. You have to love the people that you work with and love the technology that you are working on. If you have these two elements, you’ll find success no matter where life takes you. Dr. Eric Ruggiero pictured with Ryan Rudy and with Kimberly Hicks