Mthe mage
azine of ph d
armaceutiA
cal Business d
and markeN
ting • med e
adnews.c w
om • octoBer s
What leaders need
Leaders from across the pharmaceutical and biotechnology industry discuss the experiences
and characteristics they possess that have helped them succeed in a challenging business.
By Med Ad News staff with Tig Conger, partner, and Kevin Butler, managing partner, Heritage
SPartners International
The leaders Mr. Conger and advanced degrees in the natural ly develop their lead- Mr. Butler spoke with represent sciences. One third of the indi-ership skills to take on three different types of organiza- viduals Mr. Conger and Mr. But-the increasingly com- tions within the industry: ther-plex challenges of the apeutic business heads within pharmaceutical industry. Work- a large pharmaceutical or bio- About Heritage
ing with Med Ad News, Tig Con- technology organization; special- Partners International
ger and Kevin Butler of the ex- ty pharmaceutical heads of pub-ecutive search firm Heritage licly traded companies; and the Partners International spoke heads of U.S. or North America with 10 leaders across the phar- operations for big pharmaceuti- Butler is managing partner of Heritage Partners International, maceutical and biotechnology cal companies.
ties needed to succeed. They also complexity is rapidly increasing learned how the requisite experi- everywhere, whether in a start- ences and characteristics of lead- up or a major global pharmaceu- Industry. Please contact them at 203-789-0000 or visit the Website at: ers have changed during the past tical company,” Mr. Butler says. 25 years and the requirements “The old saying, ‘Lead, follow, or needed to face change in the fu- get the hell out of the way’ nev-ture.
quick facts
“Over the past 25 years we’ve day’s health-care marketplace. seen advances in research that To be successful tomorrow you’ll produce molecules targeting need to have an innate love of more specific diseases,” Mr. Con- complexity and the ability to or- ger says. “As the industry has ganize what today we’d probably evolved to address more com- call total chaos. If not, then this plex and specialized diseases, the industry may not be for you.” had to evolve. General managers al backgrounds are varied, with today are leading very different about half of them holding under- types of organizations than they graduate degrees in the natural 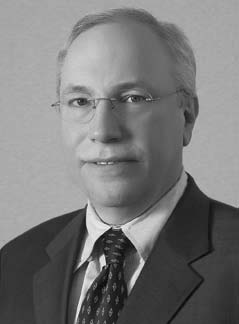 ler interviewed held MBAs. The nation with experience in sales way he approaches problem solv-majority of the commercial lead- and new product development ing. “I noticed this in business ers have a background in sales, helped to grow Chris Clement’s school,” he says. “The teacher marketing, or business devel- career. “Recognizing the value, I would hand out a case study and opment, but there were excep- continued to develop these skills, all these people would immedi-tions. One of the leaders began and even today, the decisions I ately start calculating . I felt his career in manufacturing op- make rely heavily on my busi- like saying, what are they cal-erations and another was a re- ness experiences,” he says.
In 2002, Mr. Clement joined good idea to think and ask your- specialty biopharmaceutical self what is this problem really Dare to be different
company Savient Pharmaceuti- about.”
cals Inc. (savientpharma.com)
As an Air Force veteran, Boeh-
A key theme that carried across as president and chief operat- ringer Ingelheim Corp. Presi-
all of the interviews was that ing officer. He became CEO in dent and CEO J. Martin Carroll
these individuals dared to be dif- 2004. “To manage a specialty believes that his military back-
ferent. Early in their careers, the pharmaceutical company, you’re ground gave him experience that
leaders Mr. Conger and Mr. But- involved in everything, and you could not be replicated by going
ler spoke with were distinguish- need a diverse background of straight into business. “What we
ing themselves from their peer scientific, clinical, and commer- were asked to do was much dif-
group by gaining different func- cial experiences,” Mr. Clement ferent than any experiences I
tional experiences, working out- says.
George S. Barrett, CEO, Teva cisions and leadership,” Mr. Car-
suing special projects. Overall, North America (tevapharm. roll says. “It exposed me to lead-
these leaders demonstrated a com), and corporate executive
willingness to take career risks VP, global pharmaceutical mar-
and stretch themselves by ac- kets, has a particularly unorth-
tively developing new skills.
Each of the leaders Mr. Conger Having received his dual bache- and Mr. Butler spoke with gained lor’s degree in history and music experience in multiple areas ear- from Brown University in 1977, ly in their career. Quite often, Mr. Barrett describes himself as individuals moved from sales or possibly the only music major in market research to marketing or his business school class when business development. In some he pursued his MBA at New York instances the functional chang- University, which he received in es were even broader — moving 1988.
from manufacturing and supply chain management to marketing into business,” Mr. Barrett says. and sales or from research scien- “Unlike many of my business tist to general management. The school classmates, I didn’t have consistent theme for functional an undergraduate degree in eco-experience was to avoid getting nomics or engineering . In the “To manage a specialty
stuck in a single function track, early part of my career it worried pharmaceutical company,
even if this means taking a lat- me, because I saw all of these you’re involved in everything,
and you need a diverse
background of scientific,
Diverse backgrounds
clinical, and commercial
experiences,” says Chris
Clement, President and Chief
Executive Officer, Savient
market fundamentals in combi- unique background shapes the Pharmaceuticals Inc. 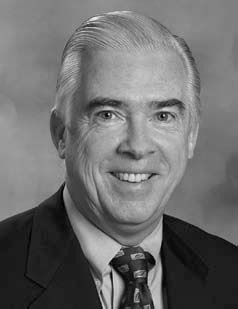 ership and responsibilities and manufacturing. In addition, Mr. and chief operating officer of the
assignments I might not other- Carroll learned cost control and biotechnology company Alex-
wise have seen.”
project management skills as he ion Pharmaceuticals Inc. (alex-
Mr. Carroll started in the phar- dealt with manufacturing’s tight ionpharm.com), but he spent maceutical industry at Merck cost environment.
“By the time I transferred into working for large pharmaceuti- manufacturing, something un- marketing, I had a lot of experi-common among CEOs. “What ences that helped make the move I’ve always reflected on is how a natural transition,” Mr. Carroll Successful leaders.
important it is to be exposed to says. “I was the first non-market- a set of experiences that in other ing sales person at the company parts of the business you might to become product manager.” differentiate them from their peers.
reer,” Mr. Carroll says. “If you’re petitive edge for Ellen McDon- on the third shift in manufactur- ald as well. Ms. McDonald is se- gain a solid knowledge of all areas.
ing, you’re probably by yourself nior VP, business operations, and and you have to make decisions, chief business officer, AEterna
so your decision-making process Zentaris Inc. (aeternazentaris.
develops because you’ve got to com). She has held senior lead-
make decisions with whatever ership positions at Chugai Phar-
ma USA (chugai-pharm.com),
to provide knowledgeable, objective counsel for career Mr. Carroll also developed Bristol-Myers Squibb Co. (bms.
the ability to interact with peo- com), and Johnson & Johnson
ple while working in union and (jnj.com). She holds a bachelor
non-union environments within of science degree in general engi- cal companies.
tional relations from the United able taking well-defined risks,” States Military Academy, West Mr. Keiser says. “This is an im-Point, N.Y., and an MBA from the portant personal characteristic executive program at Columbia for someone who wants to move University, New York.
At West Point, Ms. McDonald cialty pharma. Before joining had a mentor who showed her Alexion, my professional back-that the military police corps ground was well-balanced be-was her chance to get close to tween commercial experience the action, since women were and understanding the science. not allowed to serve in combat Today, I can’t imagine doing this arms branches. She served in job without a good understand-Germany from 1984 until 1987 ing of science and technology.”and then went back to the offi- cers’ advanced course and then ground and formal medical/sci-to Fort Hood for her company entific training enabled him to command. In the Army, Ms. Mc- progress through commercial “Personalized medicine
Donald learned how to manage positions requiring a strong un- is where we’re going, and
people and balance the needs of derstanding of science in Europe diversity of medicine will
her people versus the mission. and the United States. “You have move more and more
She was highly educated in bal- to actively take on jobs and as- toward the individual,” says
ancing strategy with tactical re- signments that may be risky, but J. Martin Carroll, president
and CEO, Boehringer
Ingelheim Corp.
David W. Keiser is president self from your peers,” Mr. Keis- 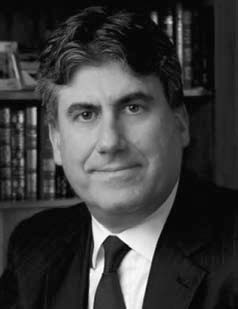 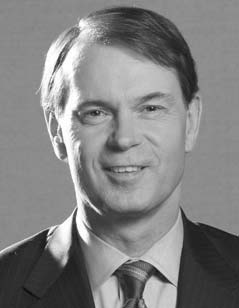 er says. “I have dual citizen- sensus opinion was that their in- ternational experience he gained ship, which allowed me to take ternational experience contrib- working in Japan was a major a non-traditional path early on uted to their selection for higher factor in winning his leadership and work for a Swiss company positions and now provides them role at Boehringer Ingelheim [Hoffmann LaRoche] in Switzer- with a richer appreciation for Corp. (us.boehringer-ingelheim.
land.” the organizations they are man- com), the U.S. headquarters of Mr. Keiser grew up in the Unit- aging.
German company Boehringer
While at Merck, Mr. Carroll Ingelheim GmbH (boehringer-
European influence. He holds spent a period of time working ingelheim.com). “I didn’t rec-dual citizenship in the Unit- in Japan. “For me, Japan was ognize it, but during the inter-ed States and Switzerland and interesting on many levels,” Mr. view period there was a lot of speaks German.
Carroll says. “That experiencee time spent discussing my experi-offered exposure to a new cultur- ence in Japan,” Mr. Carroll says. International experience
al business environment where I “In hindsight, I think that’s what worked in a business driven by they were trying to determine. Gaining international experience a Japanese company, Banyu, of In their mind it was a good sur-early in their careers was a way which Merck had a 51% owner- rogate that if I could succeed in many of the executives inter- ship, and run by Japanese man- Japan, I could succeed in a Eu-viewed were able to distinguish agement. I was able to gain a ropean company.”themselves. More than half of the wealth of international experi- leaders Mr. Conger and Mr. But- ence that afforded me numer- of Bayer HealthCare Pharma-
ler spoke with had worked out- ous opportunities for executive ceuticals Inc. (bayerhealthcare.
side their home country at some growth.”
Mr. Carroll believes that the in- al experience, working in Berlin, Thailand, the Middle East, and
the United States. With Schering
AG, Mr. Franzen’s early training
program in the 1980s mandated
that trainees spend time work-
ing in all of the divisions of the
company to best understand
how safe and effective pharma-
ceuticals are brought to patients.
For him, this included a variety
of positions, from working in the
production facilities to serving as
director of marketing in the Phil-
ippines.
ing diversity to the people that help you run a business like your management team and your sup- “The more exposure and
“The value of an early-stage
interactions you have with
organization is determined
senior management, the
by the quality of its basic
more opportunity you have
science and the ability to
to contribute to addressing
reduce science to practical
the truly strategic issues of
products,” says Frank
a company,” says Peter A.
Baldino Jr, Ph.D., chairman
Lankau, president and CEO,
and CEO, Cephalon Inc.
Endo Pharmaceuticals Inc. 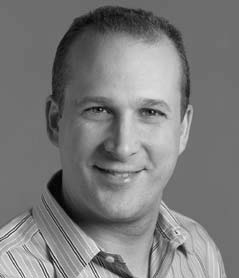 Part One Customers, Markets, and Marketing 1 Where does it all start? Youneed a pair of sandals—what do you do? Yougo to a shoe shop, where you are able to ex- Introduction: amine several different styles of sandals within arange of prices. If you ﬁnd a pair you like and canthen afford them, you purchase them, paying inone of a variety of ways, such as with cash, a creditcard, elect