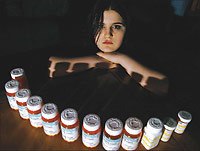 The Columbus Dispatch - Local/State | The Columbus Dispatch DRUGGED INTO SUBMISSION [ DAY 1 OF 2 ]
Forced medication straitjackets kids
State: Shots needed in emergencies Critics: Children put at ENCARNACION PYLE
They are sent away for help. ? But when they act out, some troubled children are controlled with potentially dangerous mind-numbing drugs. ? No one knows how often residential centers for hard-to- control kids use psychiatric drugs to subdue them. Privacy laws shroud the centers in secrecy. ? But a three-month investigation of thousands of state inspection records as well as more than 80 interviews with child-welfare workers, doctors, families, lawyers and industry officials reveal growing concerns that pills and injections, most of them untested on youths, have become a quick fix to stifle ??At its worst, it?s like a scene from the movie One Flew Over the Cuckoo?s Nest with Nurse Ratched chasing after kids with syringes of psychiatric drugs," said Gayle Channing Tenenbaum, legislative director for the Public Children Services Association of Ohio. At best, it?s a rare problem being addressed through better training, says the Ohio Department of Mental Health. But an advocacy group says Mental Health is making it easier for treatment centers to force powerful drugs on kids without reporting it. Ohio Legal Rights Service, which is leading the charge for change, says the opposite should be done. Mental Health needs to impose far stricter rules to limit the use of medications and hold centers http://www.dispatch.com/live/contentbe/dispatch/2005/04/24/20050424-A1-00.html 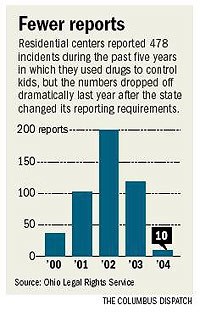 The Columbus Dispatch - Local/State | The Columbus Dispatch Both sides agree that psychiatric drugs can help kids suffering with into treatment two years anxiety, depression or a host of other mental illnesses. The question in these cases is whether medications are being used to treat children Legal Rights, an independent state agency, has examined nearly 500 cases involving chemical restraints during the past five years, ? A 5-year-old boy who was so doped up that he couldn?t stop batting the air, complaining about imaginary bugs and smacking his lips. A ? A 10-year-old boy who was chemically restrained 69 times over 80 days. Doctors prescribed up to six drugs at a time ? and never conducted trials to determine which pills worked for what symptoms or ? A 12-year-old girl who was injected six times over nine months with high doses of Thorazine, a powerful sedative that can knock kids out and cause muscle spasms and twitches. She also was physically restrained 31 times by as many as three men, despite a history of about its use of ??drug cocktails" last summer, ??It?s scandalous that medications are used to subdue kids for overworked and underpaid staff or as punishment for bad behavior," said Carolyn Knight, the group?s executive director. Children already traumatized by abuse, neglect or mental illness can be hurt further by being forced to take a medication, especially when held down by adrenaline-pumped adults, said Dr. Ellen Bassuk, an associate professor of psychiatry at Harvard Medical School who has ??The mental-health system is a mess," she said. ??Not only are these places giving chemical restraints, but they?re prescribing risky combinations and dosages of drugs that are as dangerous and State officials say Ohio law prohibits chemical restraints except in emergencies when a child or worker is in danger. Even then, they?re supposed to be used only after lessforceful options fail. ??It?s been outlawed," said Thomas Wood, chief of licensure and certification for the Department of Mental Health. Critics say the state?s 52 private residential centers often skirt the law by calling the restraints emergency medications or a PRN order ? short for a Latin term for giving drugs as needed. http://www.dispatch.com/live/contentbe/dispatch/2005/04/24/20050424-A1-00.html 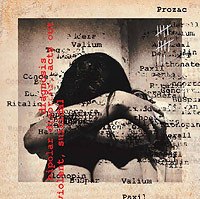 DEDICATED TO THE REVERED LEADER OF WORLD JEWRY, THE LUBAVITCHER REBBE “What's on the agenda for tonight?" he said looking through the different programs for that evening. "We can The festival of Sukkot, which follows Rosh Hashana and Yom either hear a lecture by Rabbi Klein or go to a concert at Kippur, marks the beginning of the true days of rejoicing of the month of Tishrei, c