d e n i n g y o u r p o i n t o f v i e w Richard Bach, in his book Illusions, states a handy aphorism: Perspective – use it or lose it. This periodical shares
amongst recreation and tourism management professionals, and others, several tools and concepts which will help exercise your perspective. This issue considers measuring the past and predicting the future. It is also the tenth newsletter, Perspective is distributed by Rob Greenaway & Associates as a service to the recreation and tourism industries.
Uncertain certainty
If you’re not into statistics, read only this sentence: If you A quoted example is Vioxx. Taking this anti-inflammatory encounter a report which states that some result is drug had the unfortunate side-effect of increasing the ‘statistically significant’, ask the author, who cares? Or, chance of a heart attack, and it was withdrawn. Original as Nassim Taleb would say, just ignore them, or try to research into Vioxx by the manufacturer showed that, in put a rat down their shirt.1 Still curious? Read on. the test sample, only five patients taking the drug had heart attacks. In comparison, the control drug (another The problem with statistics is that it’s easy to be NSAID) was associated with only one. However, both intimidated. Most of us would agree that x2=26.8, df=1, results were statistically insignificant, no matter that p<.001 is pretty daunting, particularly when someone Vioxx apparently caused five times the acute myocardial who should know better is trying to convince us that this infarction as the control (it turned out to be eight times). statistical advice proves that an apparent difference between The original Vioxx researchers comfortably stated that there two data points is important: we should take note – it is was no difference between the two medications in relation to the risk of heart attack. The data were irrelevant – their lack of statistical My response, in the social sciences, has always been that if the significance was purported to be the only necessary measure. difference between the two raw data points doesn’t make your mouth Even my tear-stained copy of Statistics Without Tears states, “… in gape, or at least raise your eyebrows, then it’s up to the researcher to statistical thinking, ‘significant’ does not necessarily imply ‘interesting’ prove that the difference matters – not just that it might exist. I say or ‘important’…. For instance, suppose two related experiments each this even if the researcher’s job is merely to report ‘the facts’ as produce a difference, one that would have a 4.9% chance of arising revealed by the data (it should never be). To this end, I have a pet merely because of sampling variation, and the other a 5.1% paragraph that I append to peer reviews of social surveys where tests chance.… In one case it would be labelled ‘significant’ and in the other ‘not significant’…. Perhaps, in evaluating such data, it is best to Differences between data which are described as ‘statistically let the figures speak for themselves.”3 significant’ do not indicate that they are meaningful to However, Rowntree’s only alternative proffered solution – to letting management. Managers using the report will need to confirm the the figures speak for themselves – is to apply more stringent levels of scale of effect, or difference of opinion or experience, that will significance to avoid Type 1 error (accepting a difference as significant when it is not. Type 2 error is the opposite, failing to Therefore, it was with glee that I read econometricians Stephen Ziliak and Deirdre McCloskey’s text, The Cult of Statistical Significance – Ziliak and McCloskey go much further. They liken the familiar how the standard error costs us jobs, justice and lives.2 The authors significance tests to bloodletting. There are more meaningful revile any faith in the puffed-up spawn of the normal distribution alternatives. Importantly, there is the role of the researcher in, “…thinking about your coefficients in a currency of How Much in the Their key anxiety relates to what they call the ‘sizeless stare’, which is world as it is, or could be, and persuad[ing] a community of scientists nurtured by significance tests. The fundamental issue is not that a [that the difference is meaningful]. Instead of deploying a mechanical result is likely to be the same if the test is replicated (is truly rule about one kind of sampling error you will have to establish a representative of the target population), but whether the research minimum effect size of substantive significance in the relevant range technique is sound and whether the result is important considering of power, for your particular area of research, acknowledging all the the issue at hand. When a researcher says an output is statistically significant (or not), Ziliak and McCloskey yell, WHO CARES? and Significance tests are misleading, nasty things. Report and rank data HOW MUCH? That is, what is the size of the difference, and, is the that are meaningful (not ‘significant’), show confidence intervals and result meaningful to the discipline? Is the result of a drug test review errors. Ask, who is my audience? Why do they need these ‘clinically meaningful’, rather than just ‘statistically significant’? Is an data? Am I a bland statistician or a researcher? Mostly – mostly – the economic parameter important to the economist or to the statistician? t and x and p are a waste of ink. Worse if you square them.  1 See the next page. 2 Ziliak, S.T. McCloskey, D.N. 2008. The Cult of Statistical Significance. 3 Rowntree, D. 1981. Statistics Without Tears. Pelican. p118 R G & A , P O B o x 3 5 8 , N e l s o n 7 0 4 0 . P h / F a x 0 3 5 3 9 4 3 3 5 r o b @ g r e e n a w a y . c o . n z
w w w . g r e e n a w a y . c o . n z w w w . g l g n z . c o . n z 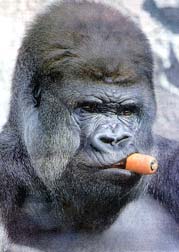