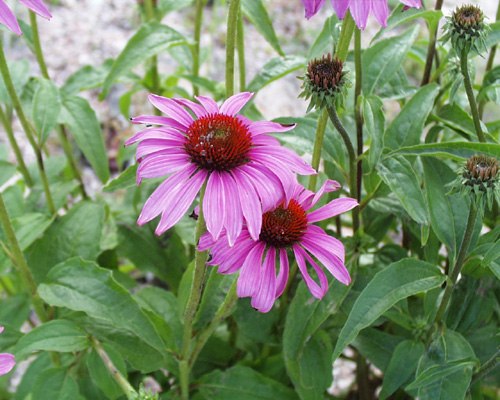 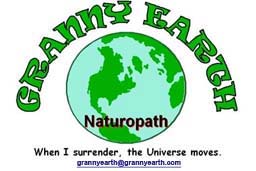 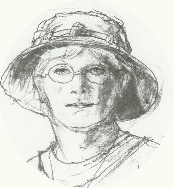 ~Ask Granny Earth~
www.grannyearth.com
Ask Granny Earth
If there were only one herb that you could recommend to keep on
hand for treating winter colds and flu, what would it be?
First of all, let me go on record as saying: There is no reason to get colds or
the flu in the winter. If you assume that you’re going to ‘catch a cold’ or the
flu, just because it’s wintertime, then you’ve already set yourself up to be
sick. The mind is a powerful, creative mechanism. It is part of our physical
body and whatever the mind thinks, the body does its utmost to create.
Now, with that being said, there is one herb that I always keep on hand to
assist my immune system to be in top shape for fighting off germs that
might come my way when I’m in a vulnerable mind set. That one herb is:
Echinacea.
Echinacea purpurea (ek-in-AY-sha)- The Latin name Echinacea refers to
ekhinos, which means hedgehog or sea urchin and describes the prickly seed cone of this herb, which is revealed after its petals have dropped. Purpurea refers to the flower’s pale purple color. Better known as purple coneflower, Echinacea has become of America’s most popular selling flowers as well as a very much demanded herbal healing product. Its history of use dates back thousands of years to Native American Indians who used it to treat colds, coughs, sore throats, toothaches, inflammations, snake bites and infections of all kinds. They called it ‘Missouri Snakeroot’ or ‘Kansas Snakeroot’, because it was the best treatment for snakebites. By the early 20th century, Echinacea had become the best selling medicinal tincture in America. Then due to the AMA’s opinion against its benefits and with the advent of Big Pharma drugs, by 1910 its use began to decline rapidly. The AMA considered it to be worthless. They coined the phrase ‘snake oil’ when referring to Echinacea and discredited its powerful healing properties. By the 1930’s it fell into almost complete obscurity as a medical treatment. However in Europe, it flourished and to this day, the best scientific healing documentation for this plant comes out of Germany. Meanwhile in the United States, Echinacea began to make a comeback in the 1980’s. Today it is one of the best selling herbal extracts on the market. Most people already know that Echinacea works for colds and the flu. But, this herb deserves an explanation of why it is so effective as an infection 1. It causes an increase in the number of immune cells (T-cells), thereby enhancing the overall activity of the total immune system, while inhibiting virus production. 2. It stimulates phagocytosis-consumption of invading organisms by 3. It inhibits the enzyme ‘hyaluronidase’, which is secreted by bacteria and viruses. This hyaluronidase enzyme helps infections gain access to healthy cells. The action that Echinacea puts forth prevents the infection of bacteria and viruses by actually stopping their growth. 4. It kills harmful yeast infections. 5. It helps to stimulate the growth of new tissue. 6. It combats inflammation (Research demonstrates that use of Echinacea reduces inflammation in arthritis sufferers by 22 %- that’s about ½ as effective as steroids, but steroids have serious side effects and strongly suppress the immune system.) 7. It stimulates the production of interferon and tumor necrosis factor, which is important to the body’s response against cancer. The Echinacea plant will bring you (and Butterflies) much joy in your garden. It’s very easy to grow. Just scatter the seeds into loosened soil in the early spring and rake to cover. In no time you’ll see sproutings. They won’t bloom the first year, since they’re perennial, but the second year you’ll have many blooms. It’s best not to pick them, but to collect the seeds for next year’s crop. Then when they bloom in the 3rd year, you’ll prepare for your tincture-making process. In the fall, after the flowers have gone to seed, dig up the roots of several plants, leaving enough plants for flowers to bloom next year. Take the entire plant and cut off the stems, leaves and seed pod. Now you’ll have the tops and the roots. Hang the tops and stems upside down in a warm, dry room for several weeks. Scrub the roots thoroughly and slice them up. Lay them out on a screen to dry. When everything’s dry, put into a large glass or container- add vodka to cover. Leave in there for one moon cycle, shaking daily. Echinacea is best used at the first sign of a cold or the flu. At the first sneeze, take your Echinacea. Take it regularly for a few days and you’ll never catch that cold or flu. It can also be taken as a preventive measure. If you’re exposed to the public and want to protect yourself, take Echinacea everyday. For best results, take for 2 weeks and stop for a week, before continuing again.