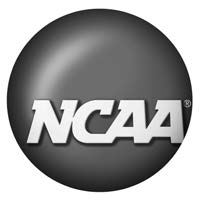 Form 13-3e
Academic Year 2013-14
Drug-Testing Consent − NCAA Division II
Sign and return to your director of athletics. Due date:
In sports in which the Association conducts year-round drug testing, at the time your intercollegiate squad first reports for practice or the first day of competition (whichever date occurs first). Required by:
NCAA Constitution 3.2.4.6 and NCAA Bylaw 14.1.4. Purpose:
Effective date:
This consent form shall be in effect from the date this document is signed and shall remain in effect until a subsequent Drug Testing Consent Form is executed. Requirement to Sign Drug-Testing Consent Form.

You agree to allow the NCAA to test you in relation to any participation by you in any NCAA
championship or in any postseason football game certified by the NCAA for the banned drugs listed in
Bylaw 31.2.3 (attached). Examples of drugs under each class can be found atNote: There is no complete list of banned substances. Check the Resource Exchange Center for
questions about supplements, medications and banned drugs. Additionally, if you participate in a
Division II NCAA sport, you also agree to be tested on a year-round basis.
Consequences for a Positive Drug Test.
By signing this form, you affirm that you are aware of the NCAA drug-testing program, which provides:
1.
A student-athlete who tests positive shall be withheld from competition in all sports for a minimum of 365 days from the drug test collection date and shall lose a year of eligibility. A student-athlete who tests positive has an opportunity to appeal the positive drug test. A student-athlete who tests positive a second time for the use of any drug other than a "street drug" shall lose all remaining regular-season and postseason eligibility in all sports. A combination of two positive tests involving street drugs (marijuana, THC or heroin), in whatever order, will result in the loss of an additional year of eligibility. The penalty for missing a scheduled drug test is the same as the penalty for testing positive for the use of a banned drug other than a street drug. If a student-athlete immediately transfers to a non-NCAA institution while ineligible because of a positive NCAA drug test and competes in collegiate competition within the 365-day period at a non-NCAA institution, the student-athlete will be ineligible for all NCAA regular-season and postseason competition until the student-athlete does not compete in collegiate competition for a 365-day period. Signatures.
By signing below, I consent:
1.
To be tested by the NCAA in accordance with NCAA drug-testing policy, which provides among other things that: a. I will be notified of selection to be tested; I must appear for NCAA testing or be sanctioned for a positive drug test; and My urine sample collection will be observed by a person of my same gender; To accept the consequences of a positive drug test; To allow my drug-test sample to be used by the NCAA drug-testing laboratories for research purposes to improve drug-testing detection; and To allow disclosure of my drug-testing results only for purposes related to eligibility for participation in NCAA competition. I understand that if I sign this statement falsely or erroneously, I violate NCAA legislation on ethical conduct, and will jeopardize my eligibility. Signature of parent (if student-athlete is a minor) Home address (street, city, state and zip code) What to do with this form: Sign and return it to your director of athletics at the time your
intercollegiate squad first reports for practice or before the first date of competition (whichever date
occurs first). This form is to be kept on file at the institution for six years.
ATTACHMENT
2013-14 NCAA Banned Drugs
It is your responsibility to check with the appropriate or designated athletics staff
before using any substance

The NCAA bans the following classes of drugs:
a.
Alcohol and Beta Blockers (banned for rifle only) Note: Any substance chemically related to these classes is also banned.
The institution and the student-athlete shall be held accountable for all drugs within the
banned drug class regardless of whether they have been specifically identified.
Drugs and Procedures Subject to Restrictions:
a.
Local Anesthetics (under some conditions). Beta-2 Agonists permitted only by prescription and inhalation. Caffeine if concentrations in urine exceed 15 micrograms/ml.
NCAA Nutritional/Dietary Supplements Warning:
Before consuming any nutritional/dietary supplement product,
review the product with the appropriate or designated athletics department staff!
Dietary supplements are not well regulated and may cause a positive drug test result. Student-athletes have tested positive and lost their eligibility using dietary supplements. Many dietary supplements are contaminated with banned drugs not listed on the label. Any product containing a dietary supplement ingredient is taken at your own risk.
2013-14 NCAA Banned Drugs Page No. 2 _________ Note to Student-Athletes: There is no complete list of banned substances.
Do not rely on this list to rule out any supplement ingredient.
Check with your athletics department staff prior to using a supplement.
Some Examples of NCAA Banned Substances in Each Drug Class Stimulants: amphetamine (Adderall); caffeine (guarana); cocaine; ephedrine; fenfluramine (Fen); methamphetamine; methylphenidate (Ritalin); phentermine (Phen); synephrine (bitter orange); methylhexaneamine, “bath salts” (mephedrone) etc. exceptions: phenylephrine and pseudoephedrine are not banned. Anabolic Agents (sometimes listed as a chemical formula, such as 3,6,17-androstenetrione): Androstenedione; boldenone; clenbuterol; DHEA (7-Keto); epi-trenbolone; etiocholanolone; methasterone; methandienone; nandrolone; norandrostenedione; stanozolol; stenbolone; testosterone; trenbolone; etc. Alcohol and Beta Blockers (banned for rifle only): alcohol; atenolol; metoprolol; nadolol; pindolol; propranolol; timolol; etc. Diuretics (water pills) and Other Masking Agents: bumetanide; chlorothiazide; furosemide; hydrochlorothiazide; probenecid; spironolactone (canrenone); triameterene; trichlormethiazide; etc. heroin; marijuana; tetrahydrocannabinol (THC); synthetic cannabinoids (e.g., spice, K2, JWH-018, JWH-073) growth hormone(hGH); human chorionic gonadotropin (hCG); erythropoietin (EPO); etc. anastrozole; tamoxifen; formestane; 3,17-dioxo-etiochol-1,4,6-triene(ATD), etc. bambuterol; formoterol; salbutamol; salmeterol; etc.
Additional examples of banned drugs can be found at
Any substance that is chemically related to the class,
even if it is not listed as an example, is also banned!
Information about ingredients in medications and nutritional/dietary supplements can be obtained by contacting the Resource Exchange Center, REC, 877-202-0769 or
password ncaa1, ncaa2 or ncaa3.
It is your responsibility to check with the appropriate or designated athletics staff
before using any substance.
http://documentcenter.ncaa.org/msaa/ama/Compliance/ComplianceForms/2013-14/Division II/DIIForm13-3eDrug-TestingConsent_JHW/dks

EXAMPLE PROTOCOL FOR ADMINISTRATION OF THE ‘NARCAN CHALLENGE’ B: General Exclusion Criteria for Community Detoxification. (i) Naltrexone as described in this protocol is for use • As for community lofexidine protocol. as adjunctive prophylactic therapy in the preventionof relapse to opioid drug misuse following planned(iv) The CDAT consultant should