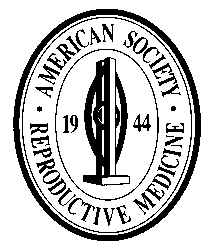 AMERICAN SOCIETY FOR REPRODUCTIVE MEDICINE
1209 Montgomery Highway • Birmingham, Alabama 35216-2809 • TEL (205) 978-5000 • FAX (205) 978-5005 • E-MAIL [email protected] • URL www.asrm.org PATIENT FACT SHEET
Hyperprolactinemia (Prolactin Excess)
What is Prolactin?
classified depending on its size. If the growth is small, it is called a Prolactin is a hormone produced by your pituitary gland, the gland that sits microadenoma. If the growth is larger (>1 cm in diameter), then it is at the bottom of the brain. Though prolactin plays a role in the growth and development of your breasts, its primary function is in milk productionafter a child is born. Normally, it is present in small amounts throughout How is Hyperprolactinemia Treated?
your bloodstream (and in men's), kept under control by another hormone The treatment depends on the cause. If your doctor cannot identify a called a prolactin inhibiting factor (dopamine). When you get pregnant, cause or you have a microadenoma or a macroadenoma in the pituitary however, prolactin levels increase significantly. Then, after the baby is gland, the primary treatment is with medication. The most commonly born, the combination of high prolactin levels and the abrupt drop in estro- used medications are Parlodel® (bromocriptine) and Dostinex® (caber- gen and progesterone occurring after birth enable your body to produce goline). Your doctor will start you on a low dose and gradually increase the dose until your prolactin levels return to normal. The treatment con-tinues until you get pregnant. Discontinuing the medication once What is Hyperprolactinemia?
pregnant should be discussed with your physician.
Hyperprolactinemia is a condition in which too much prolactin is present The most common side effects from Parlodel® include lightheaded- in the blood of women who are not pregnant and in men. In women, this ness, nausea and headache. Other side effects include nasal congestion, results in a decline in the body's production of progesterone after ovula- dizziness, constipation, abdominal cramps, fatigue, vomiting, and, rarely, tion which, in turn, can lead to irregular ovulation and infrequent men- neurologic symptoms such as hallucinations. Slowly increasing the dose struation, cause you to stop menstruating altogether, or cause your helps reduce side effects. You can also take Parlodel® as a vaginal sup- breasts to start producing milk, a condition called galactorrhea.
pository or tablet at bedtime (although this is not approved by the FDA), Men also can experience galactorrhea. High prolactin levels in men which also helps reduce side effects.
can also lead to impotence, reduced libido, and infertility.
While Dostinex® can be taken twice a week and has significantly Hyperprolactinemia is relatively common. In women of reproductive fewer side effects, it is much more expensive than Parlodel®. In addi- age who stop menstruating and have low FSH levels, up to a third of tion, questions have been raised about heart valve problems being women have hyperprolactinemia. Up to 90% of women who have galac- caused by higher doses of Dostinex®. One drug, pergolide, has been voluntarily withdrawn from the U.S. market because of this problem.
It is acceptable to choose not to treat women who have hyperpro- What causes Hyperprolactinemia?
lactinemia and no identifiable causes or a small pituitary tumor.
Prolactin levels increase as a result of: Similarly, there does not appear to be any risk to using oral contracep- • Certain medications, including commonly prescribed antidepressants, tive pills if irregular periods are present or to prevent pregnancy.
anti-psychotics, and blood pressure medications Surgery is rarely required, only for large pituitary tumors that don't • Herbs, including fenugreek, fennel seeds and red clover improve with medical treatment. With larger pituitary tumors, occasional • Chest wall irritation (from surgical scars, shingles, or even a too-tight bra) monitoring with an MRI or CT scan should be performed. If you have hypothyroidism, your doctor will treat it with thyroid replacement medication, which should bring prolactin levels back to normal. If the medication(s) you're taking (is) are responsible for your high prolactin, your doctor will work with you to find other options. In Sleep (prolactin levels are highest at night) some cases, you may require hormone therapy to bring your estrogen • Hypothyroidism, or underactive thyroid• Pituitary tumors. These are usually very tiny, but account for about Words to Know
30% of all cases of hyperprolactinemia.
Galactorrhea: A condition in which the breasts secrete milk in men or In about a third of all cases of hyperprolactinemia, no cause is found.
Hyperprolactinemia: A condition in which blood levels of prolactin are How is Hyperprolactinemia Tested?
If you have absent or irregular periods, produce milk from the breasts, or Hypothyroidism: Underactive thyroid experience problems getting pregnant, especially if you or your partner Macroadenoma: Larger pituitary tumor (measuring >1 cm) that causes have any symptoms of high prolactin production, your doctor may order a blood test to measure blood levels of prolactin. If those levels are high, Microadenoma: Smaller pituitary tumor your doctor generally will conduct a second test while you're fasting and Pituitary: A walnut-sized gland that sits at the bottom of the brain and releases various hormones related to reproduction and growth If levels are still high, your doctor will obtain tests to rule out thyroid Prolactin: A hormone produced by the pituitary gland that controls milk and kidney problems. If the thyroid and kidneys are functioning normally, magnetic resonance imaging (MRI) or computed axial tomog- Prolactin inhibiting factor (PIF): A hormone that inhibits the release of raphy (CT scan) can identify any tumor of the pituitary gland that could prolactin; dopamine is believed to be PIF cause this condition. If the MRI or CT scan reveals a growth, it will be The American Society for Reproductive Medicine grants permission to photocopy this fact sheet and distribute it to patients.

Three of our classmates, John Shelby, Ed Garton, and Chuck Luton, have died of prostate cancer. It is not an easy death. In the cases of John and Ed, by the time a diagnosis was made, the cancer had already spread widely, and there was little that could be done other than ease the inevitable. They were both gone within months of the diagnosis. Bill Bailey forwarded this note from Chuck Luton on D