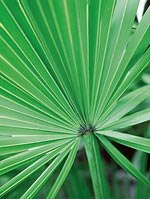 Beta-Sitosterol
and the Aging Prostate Gland By Stephen B. Strum, MD, FACP, and William Faloon Whether from benign enlargement or cancer, prostate disorders wreak havoc on the majority of aging men. Doctors have identified nutrients and drugs that alleviate symptoms of benign enlargement and reduce prostate cancer risk. An overlooked plant extract called beta-sitosterol may be of particular benefit. Scientific studies indicate that beta-sitosterol consistently improves urinary symptoms related to prostate enlargement. The good news is that beta-sitosterol costs so little that men can increase their consumption without spending extra dollars. As men grow older, cells in their prostate glands often overgrow, causing a swelling that obstructs the bladder opening, resulting in slowness in urination and bladder emptying. This non-malignant enlargement of the prostate gland causes pressure on the urethra, acting like a clamp. The result is a weak urinary stream, hesitancy, and other uncomfortable urinary symptoms such as increased nighttime frequency and urgency (Figure 1). While a man aged 31 to 40 has only an 8% chance of having benign prostate enlargement, the risk increases to 40-50% in men aged 51 to 60 and to over 80% in men older than 80.1 Beta-Sitosterol: A Popular
European Drug
For the past several decades, European doctors have routinely prescribed a variety of plant-based drugs to treat benign prostate enlargement and lower urinary tract symptoms. Saw palmetto, pygeum, and nettle root extracts are Figure 1. Increasing Prevalence of Lower Urinary Tract
Symptoms (LUTS) with Advancing Age. As men age, the
common plant-based drugs prescribed to prevalence of LUTS increases as a reflection of prostate Consumers in the US have open access to these same nutrients that are approved as drugs in Europe to combat urinary symptoms of benign prostate enlargement. Beta-sitosterol is a plant fat contained in several European prostate drugs, though it is not routinely used in the United States. Multiple randomized studies have confirmed the efficacy of beta-sitosterol in alleviating the types of prostate discomfort that aging men so frequently encounter. Measuring Symptoms of Prostate Enlargement
In order for scientists around the world to evaluate the efficacy of a particular therapy, certain testing standards have been established. One of the most common standards is the International Prostate Symptom Score (IPSS). The score is stated as a number that can range from 0 to 35, depending on the severity of lower urinary tract symptoms. The International Prostate Symptom Score also includes a scoring of quality of life as it relates to urinary symptoms.

Two years later, a review of all existing studies of beta-sitosterol in the treatment of benign prostate enlargement was conducted. The researchers identified randomized, placebo-controlled, double-blind trials involving a total of 519 men. In three of the trials, beta-sitosterol was used, and in one trial, a glucoside of beta-sitosterol was used. In these studies, beta-sitosterol improved urinary symptom scores and urinary flow rates, and significantly reduced the volume of residual urine in the bladder.6,7 Table 1 summarizes some of the randomized studies of beta-sitosterol in the treatment of BPH. The magnitude of reduction in prostate symptoms and improvement in urinary flow rates is a strong incentive for the use of beta-sitosterol, either alone or in combination with standard pharmacologic interventions such as alpha-adrenergic blockers (Cardura®, Hytrin®, Uroxatral®, Table 1. Summary of Key Randomized Studies of Beta-
Sitosterol in BPH Patients. Effects of beta-sitosterol on the
International Prostate Symptom Score (IPSS), maximum urinary
flow rate (Qmax), and post-void residual volume (PVR) are
Beta-Sitosterol and Prostate remarkably consistent. The study by Wilt and colleagues7
examined four different randomized studies. A study using the prostate cancer cell line LNCaP (an androgen-dependent tumor) showed that beta-sitosterol decreased cancer cell growth by 24% and induced apoptosis (programmed cell death) fourfold. These findings were correlated with a 50% increase in ceramide production.8 Research suggests that ceramide, an important component of the cell membrane, induces apopotosis.9 Growth of the human prostate cancer PC-3 cell line (androgen-independent) implanted in mice was compared in two groups receiving either a 2% phytosterol mixture or a cholesterol mixture. In the in-vitro studies, both beta-sitosterol and campesterol inhibited the growth of PC-3 cells by 70% and 14%, respectively. Cholesterol supplementation, by contrast, increased the growth by Phytosterols inhibited the invasion of PC-3 cells into Matrigel-coated membranes by 78% (a measure of cancer invasiveness), while cholesterol increased it by 43% compared to the cells in the control media.10 Figure 3. Effects of Phytosterol (Beta-Sitosterol +
Campesterol) Mixture on PC-3 Cancer Cell Behavior. The
phytosterol mixture significantly reduced PC-3 cell growth, invasiveness, migration, and binding, compared to cholesterol.10 phytosterol media, compared to a 67% increase after cholesterol supplementation.10 Phytosterol supplementation reduced the binding of PC-3 cells to laminin by 15-38% and to fibronectin by 23%, while cholesterol increased binding to type IV collagen (a measure of adhesiveness and ability to form tumor clumps) by 36%.10 The results above are presented in Figure 3. The researchers concluded that phytosterol indirectly (in vivo as a dietary supplement) and directly (in tissue culture media) inhibited the growth and metastasis of PC-3 cells. Beta-sitosterol was more effective than campesterol in offering this protection in most of the parameters studied.10 Results of this study and other cell line trials involving phytosterols in cancer are shown in Table 2. Combining Beta-Sitosterol and Resveratrol
Dr. Atif B. Awad and his team at the State University of New York at Buffalo have found that beta-sitosterol inhibits prostate and breast cancer cell growth, and induces cell cycle arrest. Yet since their studies were published in 2000-2001, little research has been done to determine the mechanisms by which this occurs.10-14 In the March 2005 issue of the journal Prostaglandins, Leukotrienes and Essential Fatty Acids, Awad and his team published cutting-edge findings of the possible mechanisms by which resveratrol and beta-sitosterol inhibit the growth of human prostate cancer cells.15 After researchers supplemented prostate cancer cells with resveratrol and beta-sitosterol, they reported that long-term supplementation with either beta-sitosterol or resveratrol elevated basal prosta-glandin release, but that beta-sitosterol was more potent in this regard. Of the two phytochemicals, beta-sitosterol was also more effective in inducing apoptosis and inhibiting the growth at concentrations tested. The scientists concluded that these phytochemicals may induce the inhibition of tumor growth by stimulating apoptosis and arresting cells at different locations in the cell cycle, and that the mechanism may involve alterations in ROS (reactive oxygen species) and prostaglandin production.15 Conclusion
For millions of men in American, benign prostate enlargement will severely downgrade their quality of life. Yet across the ocean are drugs that have been shown in carefully controlled studies to alleviate much of the discomfort associated with prostate gland overgrowth. Europeans use beta-sitosterol by itself or in combination with saw palmetto to alleviate urinary symptoms of benign prostate enlargement. As the word gets out about the documented benefits of beta-sitosterol, American consumers can expect to see more prostate support products that contain this low-cost plant sterol.

Brown Rudnick Berlack Israels LLP Reflections in plague time: perspectives on the sub-prime crisis Reflections in plague time:perspectives on the sub-prime crisisPublished in 2005 and effective as of January 1 2006, Regulation AB is acomprehensive set of rules and forms adopted by the Securities andExchange Commission (SEC) to address the registration, disclosure andreporting requirements f