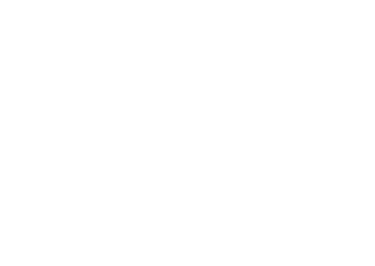 Man Gets Life Without Parole In Cheerleader Slaying Case - Print This St.
http://www.wpxi.com/print/19868165/detail.html Man Found Guilty, Gets Life In Cheerleader Slaying Case
Posted: 10:51 am EDT June 26, 2009Updated: 10:49 pm EDT June 29, 2009 Man Gets Life Without Parole In Cheerleader Slaying Case - Print This St.
http://www.wpxi.com/print/19868165/detail.html PITTSBURGH -- A man who fatally stabbed his 16-year-old cheerleader ex-girlfriend is found guilty and sentenced
to life in prison without the possibility for parole.
John Mullarkey Jr. was found guilty of first-degree murder in the Aug. 15, 2007, stabbing death of Demi Cuccia, theyounger sister of a close friend of his who had been his on-again, off-again girlfriend.
"I'm just glad to see justice served,” said the victim’s father Gary Cuccia. “My daughter was brutally murdered.
Nobody deserves to die like that." After just one hour of deliberation, the jury convicted Mullarkey of first-degree murder for the death of 16-year-oldDemi Cuccia. In Pennsylvania the conviction carries a mandatory life sentence with no possibility of parole.
Jurors left the courtroom without talking to reporters, but their quick deliberation indicates that they sided with theprosecutor’s highly-charged closing argument.
Prosecutor Mark Tranquilli said Mullarkey is a controlling and selfish individual who killed Cuccia simply because, fedup with his lies, she finally broke up with him.
With pun intended, Tranquilli said, "The defendant’s Accutane defense was a bunch of Mullarkey." Earlier on Monday, an Allegheny County judge refused to grant a mistrial for the defense who claimed the acnedrug Accutane caused mood problems which led Mullarkey to fatally stab Cuccia.
Cuccia, a Gateway High School cheerleader, was stabbed 16 times, mostly in the upper left chest, arm andshoulder, with a folding knife. Mullarkey then slashed a 10-inch gash across his own throat after stabbing Cuccia.
Mullarkey's attorney had acknowledged his client stabbed Cuccia but said it wasn't premeditated murder.
Hoffmann-La Roche Inc., of Nutley, N.J., pulled Accutane off the market Friday citing concerns over pricing of ageneric version of Accutane and other issues. Judge Jeffrey Manning on Monday ruled the trial wasn't taintedbecause the drug company's decision has nothing to do with the defense's claims that Accutane affected thedefendant.
SLIDESHOW: Photos From Scene Of Slaying
On Friday, testimony concluded in the trial for a Monroeville man accused of fatally stabbing his cheerleaderex-girlfriend. The defense argued that, at the time of the stabbing, Mullarkey was in a psychotic state brought on byhis use and sudden discontinuance of the acne drug, Accutane.
The prosecution called a dermatologist to testify as a rebuttal witness to counter the defense’s claim that an abruptstop to use of the drug can bring on sudden rage and psychosis.
"It's completely unbased on anything scientific,” said rebuttal witness Dr. Mark Seraly. “Its complete speculation." Seraly called Accutane a “miracle drug” and said he has treated more than 3,000 patients with the medication, andnone reported suicide depression or rage.
Mullarkey's attorney attempted responded by pointing to the drug's FDA warning and saying the drug is evenbanned in France.
However, the prosecutor's expert witness countered by saying the FDA warnings were for possible severe birthdefects more than anything else.
On Thursday, the prosecution rested its case against Mullarkey. The last person called to the stand by the state washis closest friend, 19-year-old Greg Bouman. He testified to the jury that Mullarkey was depressed by the on-again,off-again relationship with Cuccia.
Bouman told the court Mullarkey wanted to get back together with Cuccia or end the relationship for good.
He also told the court a few days before Cuccia’s stabbing death that Mullarkey grabbed a screwdriver andthreatened to break the windows of a truck belonging to another teen who was visiting Cuccia.
For the first time since the trial began, Thursday’s testimony drove the victim's family from the courtroom.
Bouman also testified that Mullarkey complained at least once about his use of Accutane, saying Mullarkey thoughtthe acne drug made him depressed.
Mullarkey's defense attorney, Robert Stewart, contends the defendant started taking Accutane about four months Man Gets Life Without Parole In Cheerleader Slaying Case - Print This St.
http://www.wpxi.com/print/19868165/detail.html Accutane is prescribed as an acne drug of last resort because the U.S. Food and Drug Administration has linked it toepisodes of suicide and depression. It's made by Hoffmann-La Roche Inc., of Nutley, N.J., whose Web site claimsthe drug can cause "serious mental health problems," including depression, suicide and psychosis, defined on thesite as "seeing or hearing things that are not real." Forensic pathologist Dr. Todd Luckasevic told the court on Thursday that many of Cuccia's knife wounds were 2 to 3and a half inches deep. One stab wound to the chest was so forceful it broke a bone, he said.
Luckasevic testified there were no defense wounds to Cuccia's hands because, due to massive hemorrhaging, shewould have been unable to fight back.
Previous Stories:
June 25, 2009: Trial Testimony Drives Stabbing Suspect's Family From CourtSeptember 14, 2007: Gateway Plays First Home Game Since Cheerleader's DeathSeptember 14, 2007: Teen Accused In Cheerleader's Stabbing Appears In CourtAugust 28, 2007: Teen Accused In Gateway Cheerleader's Death JailedAugust 20, 2007: Community Says Goodbye To Slain CheerleaderAugust 16, 2007: Boyfriend Suspected In Gateway Cheerleader's Stabbing Death Copyright 2010 by WPXI.com. The Associated Press contributed to this report. All rights reserved. This material may not be published, broadcast, rewritten or redistributed.

was some long seconds before she started fiddlingfurther with the equipment and it transpired thatthe major problem was with the scanner and notthe baby. Babies don’t have a tendency to freezeFor those of you that don’t already know, this willup and crash all that often as far as we know yet. probably be the last year that it’s just two of usIf there is an equivalent of Murphy’s law

Substance Use and Decision Making FAQs SUBSTANCE USE AND SEXUALITY Subject: Drug Use and Menstrual Cycle Q: I was just wondering if heavy drug use can effect the period. Or could it be I'm pregnant? A: The use of street drugs, smoking or alcohol can sometimes change a person’s usual menstrual cycle. The chance of becoming pregnant or getting a sexually transmitted infection (STI) is a