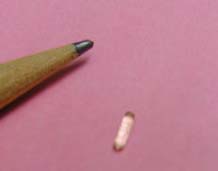 the potential to reduce the overall health care costs. A personal experience relates to the problem of macular degeneration that threatens my aging mother with blindness. Twice every day, a nurse has to come by my mother's home to administer her prescription eye drops. My mother, at age 84 is too frail to administer these drops herself. In response to this need, shared by millions of disabled and elderly Americans, I am collaborating with Lux Biosciences to develop a new, fully bioresorbable, drug delivery system that can be inserted into the eye and that will deliver a variety of ophthalmic drugs for 6 to 12 month - eliminating the need for daily administration of eye drops (Figure 1). The polymers we are using to develop this drug delivery system were invented as part of an NIH-funded research project. In addition, I believe that many of the scientific advances needed to conceptualize such drug delivery systems can be traced back to NIH supported research in numerous laboratories throughout the nation. While I lack the expertise to estimate the total value of the "indirect health dividend", I Figure 1: Prototype of a new drug delivery system, designed to be inserted under the eye. This device will deliver ophthalmic drugs for 6 to 12 months continuously while slowly degrading. The elimination of the need to administer eye drops several times daily will not only increase patient compliance and improve clinical outcomes, but will also reduce the health care costs for millions of disabled or elderly patients who require assistance with the administration of conventional eye drops. During the remainder of my testimony, I shall describe the "economic leveraging effect" and the "indirect health dividend" in more detail using TyRx Pharma and their antimicrobial sleeve as a specific example. In addition, I will highlight the way NIH funding as contributed to the creation and success of three additional companies: REVA Medical, Lux Biosciences and Renova.
A detailed example for economic leverage and indirect health dividends derived
from the funding of single NIH grant
People are excited about the potential capabilities of synthetic biodegradable polymers and the effect they will have on the design and function of implanted devices. Whether 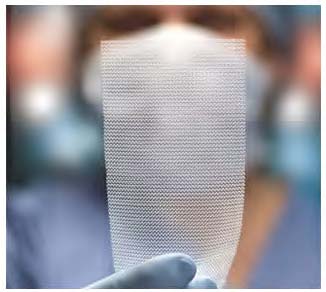 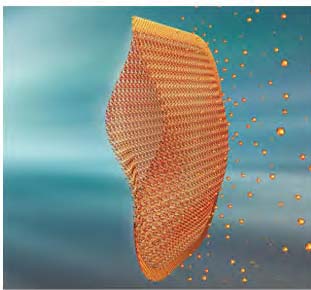