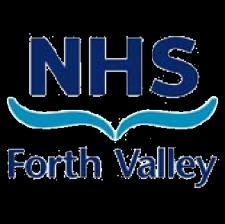 NHS FORTH VALLEY
Rivaroxaban for Stroke Prevention in Atrial Fibrillation

Date of First Issue
Approved
Current Issue Date
Review Date
Author / Contact
Group Committee –
Final Approval
This document can, on request, be made available in alternative formats Version 1.2
6 June 2012
Page 1 of 6
UNCONTROLLED WHEN PRINTED
NHS Forth Valley
Consultation and Change Record
Contributing Authors:
Consultation Process:
Thrombosis Interest Group, NHS Forth Valley Area Drug and Therapeutics Committee, NHS Forth Valley Distribution:
Change Record
Change to dose modification in renal impairment to use eGFR as measure of renal function. Dr R Neilson 1) Modification of doses in renal impairment Version 1.2
6 June 2012
Page 2 of 6
UNCONTROLLED WHEN PRINTED
Indications
Rivaroxaban is licensed for the prevention of stroke and systemic embolism in adult
patients with non-valvuwith one or more risk factors, such as
congestive heart failure, hypertension, age ≥75 years, diabetes mellitus, prior stroke or
transient ischaemic attack.
Rivaroxaban is accepted for use by the SMC in patients who: 1) Have poor INR control despite evidence that they are complying with a coumarin anticoagulant . Poor control is defined as an INR in target range in <60% of INR tests. 2) In patients who are allergic to or unable to tolerate coumarin anticoagulants. Rivaroxaban is a new drug where there is relatively limited experience in its use. Some recent medicine releases have revealed hitherto unrecognised side effects.
Dosing
The recommended dose of rivaroxaban in non-valvular AF is 20mg once daily.

If a dose is missed the patient should take rivaroxaban immediately and continue on the
following day with the once daily intake as recommended. The dose should not be doubled
up within the same day to make up for a missed dose.
Renal Impairment
Mild renal impairment (eGFR 30 – 59ml/min) – No dose adjustment
Moderate renal impairment (eGFR 15-29ml/min) dose - 15 mg once daily
Severe renal impairment (eGFR of <15ml/min) - Rivaroxaban should not be prescribed.
Converting from Warfarin to Rivaroxaban
For patients requiring rivaroxaban therapy for the prevention of stroke and systemic
embolisation, warfarin should be stopped and rivaroxaban therapy initiated when the
INR is ≤ 3.0.
Version 1.2
6 June 2012
Page 3 of 6
UNCONTROLLED WHEN PRINTED
Converting from Clexane to Rivaroxaban
Rivaroxaban should be started 0-2 hours before the next scheduled administration
of clexane.
INR MEASUREMENT IS NOT APPROPRIATE TO MEASURE THE ANTICOAGULANT
ACTIVITY OF RIVAROXABAN AND THEREFORE SHOULD NOT BE USED FOR THIS
PURPOSE.
Treatment with rivaroxaban does not require routine coagulation monitoring.
Populations at Potentially Higher Risk of Bleeding
Patients with renal impairment – See above
Patients with hepatic impairment – Rivaroxaban is contraindicated in patients with a
coagulopathy related to hepatic disease and a relevant bleeding risk, including cirrhosis

Rivaroxaban should not be prescribed with azole-antimycotics such as ketoconazole,
itraconazole, voriconazole and posaconazole.
Care should be taken with drugs that affect haemostasis such as NSAIDs, aspirin and
other antithrombotic agents or platelet aggregation inhibitors.
Perioperative Management
If an invasive procedure or surgical intervention is required rivaroxaban should be
stopped at least 24 hours prior to the intervention if possible. If the procedure cannot be
delayed the increased risk of bleeding due to rivaroxaban should be assessed against the
urgency of the intervention.
Rivaroxaban should be restarted as soon as possible after the invasive procedure or
surgical intervention provided the clinical situation allows and adequate haemostasis
has been achieved.
Overdose
Due to limited absorption a ceiling effect with no further increase in plasma exposure is
expected at ingested doses of rivaroxaban of 50mg and above. Activated charcoal may be
used to reduce absorption if clinically indicated. Due to high plasma protein binding
rivaroxaban is not considered dialysable.
How to Manage Bleeding Complications
If a patient taking rivaroxaban develop bleeding problems treatment should
be discontinued until the bleeding resolves. Potential interventions include:
Version 1.2
6 June 2012
Page 4 of 6
UNCONTROLLED WHEN PRINTED
 Symptomatic treatment ie mechanical compression, surgical intervention,   Blood and/or blood component therapy   In life threatening bleeding in a patient taking rivaroxaban that is not controlled by the above measures the use of the Prothrombin Complex Concentrate (PCC) Beriplex can be considered. There is currently very limited clinical experience with the use of these products in patients receiving rivaroxaban.  IN THE CASE OF MAJOR BLEEDING ON RIVAROXABAN THE PATIENT SHOULD BE
DISCUSSED WITH THE DUTY CONSULTANT HAEMATOLOGIST.
FURTHER ADVICE CAN BE OBTAINED FROM DR RODERICK NEILSON,
CONSULTANT HAEMATOLOGIST AT 01324 567084
Version 1.2
6 June 2012
Page 5 of 6
UNCONTROLLED WHEN PRINTED
Publications in Alternative Formats
NHS Forth Valley is happy to consider requests for publications in other language or formats such as large print. To request another language for a patient, please contact 01786 434784. For other formats contact 01324 590886, text 07990 690605, fax 01324 590867 or e-mail - Version 1.2
6 June 2012
Page 6 of 6
UNCONTROLLED WHEN PRINTED