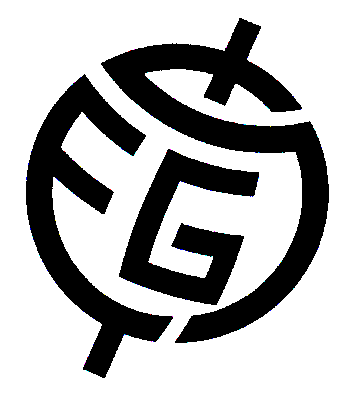 Atmos. Chem. Phys. Discuss., 3, S849–S851, 2003 Atmospheric
Chemistry
and Physics
Discussions
Interactive comment on “New-particle formation
events in a continental boundary layer: First
results from the SATURN experiment” by F.
Stratmann et al.
F. Stratmann et al.
Paragraph 1: A table of all balloon-borne measurements carried out during the SAT-URN experiment has been inserted into the text (page 1698, line 23).
Paragraph 2: It should be noted that Figures 10d) and e) suggest a connection between SO2 concentration, N10 and N800, and consequently the size distributions plotted inFigure 11. To make this clearer and to account for the referee’s concerns, the descrip- tions of Figures 10 and 11 have been modified (page 1705, lines 19-23): ``As can be seen in Figure 10e), the number concentrations (N10: 3-10 nm and N800: 3-800 nm) show a significant increase at 07:30 UTC. Both number concentrations fea-ture a second maximum between 10:30 and 12:00 UTC, i.e., shortly after the appear- ance of small cumulus clouds (Figure 10a). The evolution of N10 and N800 seems to be connected to the evolution of the SO2 concentration. However, for the second maximum in N10, this is less pronounced.” ``Between 10:30 and 12:00 UTC (see also Fig. 10e), an absolute maximum located around 20 nm appears. The occurrence of this maximum coincides with the appear- ance of small cumulus clouds (see Fig. 10a) and is in some degree correlated with thesecond increase in SO2 concentration (see also Figs. 10d and e).” Paragraph 3: The text has been modified to account for the referee’s suggestions (page1708, line 1-3): ``A similar behavior can be observed for the SO2 concentration profile, which featuresa minimum around 220 m. Due to the response time of the SO2 monitor, which is inthe order of 20 to 60 s (corresponding to 30 to 80 m in barometric height) this minimumis shifted downwards.” Paragraph 4: Figure 15 depicts a situation where ACTOS is partly inside the ML andpartly inside the RL. Therefore, Delta N values from inside the RL are available. Thisis now stated in text more clearly (page 1709, 6-8): ``Therefore, sometimes ACTOS is inside of such an up-draft with highly increased tur-bulence and a significant number of newly formed particles and sometimes ACTOS isinside the RL where the turbulence is much weaker and Delta N is close to zero, i.e.,no newly formed particles are detected.” Paragraph 5: A short paragraph has been added to the summary section (page 1711, line 13): ``However, it must be pointed out that during the experiment new-particleformation events were observed under different PBL conditions indicating that there are several types of mechnism as discussed in Nilsson et al., 2001. Further detailedanalysis of the SATURN data will be necessary to give a deeper insight in the process and location of new particle formation. For example, the estimation of the vertical turbulent particle flux as calculated from the balloon data should give an indication of the source of the newly formed particles.” Technical corrections: Page 1694, line 1: `4 June’ changed to `14 June’ Page 1695, line 27: `. about 50 km apart from to the balloon site.’ changed to `.
about 50 km apart from the balloon site.’ Page 1710, line 17: At page 1705, line 10 the text has been modified: ``From Figures 10a-c, it can be seen, that June 3 featured an increase in global radia-tion (a radiation maximum near 1000 W/m-2) and temperature, and decreasing relativehumidity during morning hours, i.e. a behavior attributed to typical radiation days.” Interactive comment on Atmos. Chem. Phys. Discuss., 3, 1693, 2003.