Microsoft word - the sad implications of light and sound.doc

Vol.13 Number 4 Issue: April 2006 Pages 31-35 The SAD Implications of Light and Sight
Seasonal Affective Disorder may be a concern for both
ophthalmologists and their patients in a variety of ways.
Robert M. Kershner, MD, MS, FACS, Boston

Light—it’s all around us. Most people get more than they need, but for some,
too little light can spell trouble. During the winter months, when the days are
short and sunlight is sparse, the winter blues appear. Ironically, it is not the
blues that cause the problem but rather the lack of them—blue light, that is—
that triggers the condition. Whether or not you are susceptible to what is known
clinically as Seasonal Affective Disorder, or SAD, depends more upon where
you live than who you are. As I have discovered moving from Tucson to Boston,
the farther away from the equator one resides, the greater the chances of
developing SAD.
Should ophthalmologists be concerned? Unquestionably. By spending most of
their day in the dark, ophthalmologists are especially at risk. They should even
consider SAD when choosing an intraocular lens, as blue-light blocking may
be an issue in some susceptible patients. A patient with retinal degeneration or
cataract may face an additional hazard. So keep reading; here is what you need
to know.
A Dark Outlook
SAD is a major depressive disorder that occurs during the winter months, particularly December through February, when sunlight is in short supply. It can affect 6 percent of the population, or about 18 million Americans, and is seven times more frequent in people who live in New England than those who live in Florida. In northern Canada, the incidence can be as high as 20 percent. Women outnumber men 4:1. Symptoms of the disorder can include irritability, increased need for sleep, difficulty with nighttime sleeping, feelings of hopelessness, self-criticism, lack of enjoyment in daily activities, the craving for sugary foods, and overeating. Sound familiar? The consequences of the disease can be severe enough to affect a person’s ability to concentrate, reducing energy level, interfering with job performance, causing weight gain, isolation from others, and increased susceptibility to infection. SAD should not 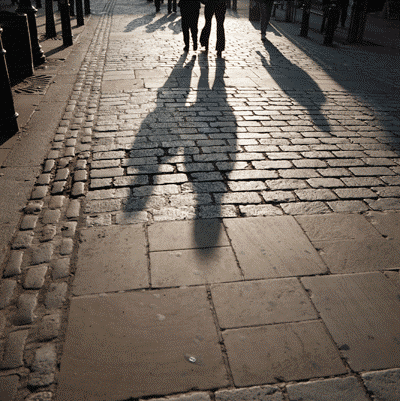 be ignored; in severe cases it can lead to suicide. The Process
SAD occurs in response to changes in brain chemistry related to light exposure. When light enters the eyes it is absorbed by the blue-light photosensitive pigment melanopsin, which is present within the retinal ganglion cells. This creates a signal directly through the retino-hypothalamic tract to the brain’s hypothalamus. As a result of decreased light exposure, a critical change in the biochemistry of the hypothalamus occurs, a process in which the all-important chemical messenger serotonin is believed to play a key role. In response to these changes, the pineal gland increases its production of melatonin, a chemical that is responsible for the circadian rhythm of daytime alertness and nighttime sleep. Light normally suppresses the production of melatonin, but in SAD sufferers, the drop in the levels of serotonin and the rise in melatonin may trigger symptoms. Decreased levels of serotonin have been associated with the onset of depression. Eating complex carbohydrates has been shown to increase serotonin production. Those with SAD who experience winter weight gain know all to well the consequences of giving in to carbohydrate cravings. It should come as no surprise that the complex neural pathways of the circadian light-dark system respond maximally to the wavelengths of light in the violet/blue range (446-477nm) that normally shower our planet. Studies show that the elderly receive only half of the light exposure of young adults and have lower levels of circulating melatonin. Interestingly, the new blue-light filtering intraocular lenses, designed to block 71 percent of violet light and 34 percent of blue light, could adversely impact the elderly patient who already has a predisposition to insomnia and depression. Treatment
The treatment of SAD includes increased light exposure, bright-light therapy, psychotherapy and antidepressant medication. Phototherapy has been shown to suppress the brain’s secretion of melatonin and is effective in up to 85 percent of diagnosed cases. In one ongoing study, conducted at Brigham and Women’s Hospital in Boston, the effect of bright white light exposure is being shown to reverse symptoms of SAD. When increased exposure to outdoor light is not possible, 10,000-lux light therapy administered by fluorescent tubes equipped with an ultraviolet filter has been shown to be effective. Treatment usually requires the patient to sit in front of and briefly look into a light box for up to four hours per day. There are presently many such devices on the market, including travel versions that can be placed inside an attache case. Studies have shown that to be effective, the minimum exposure to light for the treatment of SAD should be 2,500 lux. Available devices provide at least 10 times the intensity of incandescent lighting (about 200 to 500 lux). By comparison, a bright sunny day can provide more than 100,000 lux. As you might suspect, SAD occurs in susceptible individuals suddenly deprived of ambient light, but not in the blind, as long as light can reach the retina and there is an intact optic nerve. According to the Journal of Clinical Psychiatry, one interesting case of a traumatic cataract resulted in the development of SAD. Light therapy was helpful in treating this patient. Presumably, cataract surgery would have been curative. Side effects from light therapy are well known and include increased sensitivity to light, headaches and eye fatigue. Based upon short-term studies, the intensity of commonly applied light therapy is not believed to be harmful to the human eye. A five-year study did not demonstrate electrophysiologic changes to the retina, but long-term effects are still unknown. For the ophthalmologist’s patient however, concerns remain about the potential for acceleration of cataract or retinal degeneration. Until further study provides the answers, it is probably prudent to counsel patients with known light-related eye disease to avoid bright-light therapy and to be examined regularly by their ophthalmologist. For some patients with SAD, psychotherapy can be of benefit. Traditional antidepressant drugs such as the tricyclics can worsen the symptoms of sleepiness and fatigue and are not usually helpful. For others, the non-sedative selective serotonin reuptake inhibitors (SSRIs) such as fluoxetine (Prozac) to sertraline (Zoloft) and the norepinephrine reuptake inhibitor, bupropion (Wellbutrin) can be effective in alleviating the depressive symptoms of SAD. Ophthalmologists use light to examine, operate on and treat the eyes. How we regard that same light’s impact on our mental health may well depend upon whether or not the sun will shine. The next time you feel SAD, turn up the lights. Dr. Kershner is president of Eye Laser Consulting. He has no financial or proprietary interest in any of the technologies described in this article. For more information on SAD visit sada.org.uk/. Reprinted with permission from Seeing for Life-Everything You Need to Know for Healthy Eyes and Clear Vision by Robert M. Kershner, MD, MS, FACS.

Hi everyone Welcome to the November 2013 Biggin Hill Users Database Newsletter.… Apologies for it being slightly later than usual – I had server problems that prevented transmission. JB’s November edition of the Biggin Hill Airport "BUGLE" is now available online on the Social Club's website at http://www.bigginhillclub.co.uk As always it is NOT included here - to view it, onc

An automated home cage observation system as a model of feeding behaviour in mice Lianne Robinson, Susan McKillop-Smith, and Gernot Riedel School of Medical Science, College of Life Science and Medicine, University of Aberdeen, Aberdeen, Scotland, UK, Introduction both the light and dark phases of the experimental days. In addition to these parameters the body weight of each anima