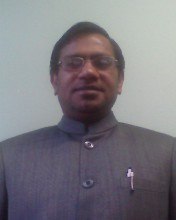 Vedic way of god’s worship (Sunday speech)
By Acharya Dr. Umesh Yadav
Richo akshare parame byoman yasmin devah adhi vishva nisheduh. Yastanna veda kim richa karishyati ya ittadd vidus te me samasate.
God is all knowledge,unperishable,supreme,resplendent and all glorious in which all devah (Great,
Glorious and learned) person, place or things remain. There are 33 Devah deities.8 basus, 11 rudrah
and 12 Adityah+prajapati and indra.If whoever did not know him then what will richa do.
And whoever becomes able to know him. They do attain true happiness to enter the true knowledge
about god.Now we have to know about 33 devatas.In puranas 33000s devatas are told with a Sanskrit
word koti. The word koti is taken for the meaning of thousands and type as well. So, people become
confused and they do not understand that devatas are 33000 or 33 of types. In the vadic view
Maharshi Dayanand threw the light on this point that Ther are 33 types of devatas not 33000.
Vasu-These are 8 vasu-earths, ether, Fire, Water, Air, Moon, Sun and Stars. In other words with
cosmic point of view these are 1. heated cosmic bodies 2. Planets3. Atmosphere 4. Super Terrestrial
space 5th. Suns 6. Rays of ethereal space and 7 satellites 8. Stars
Rudra- Pranas-10. Human spirit soul. These 11 are rudra because they make someone weeped when
anyone of these 11 departs from the body, body becomes ill and when soul desert the body it becomes
dead and then relatives of deceased begin to weep. So, Rudra means to make someone wept.

12. aditya- 12 moths of the year. They become cause of lapse of time every moment for all animate or
inanimate of the world. Actually the word ‘aditya’ was made with the root ad-bhakshane means 12
months of a year consume our time as every moment is getting past. This is why 12 months of a year
are called aditya and now 2 more Indra and prajapati

Indra- the electricity is called indra. This is also all pervading but it is produced by water worldly
and it is electric waves vibration as energy force but productive of all forces is ultimately god

Prajapati- yajna is called prajapati because it protects mankind through the purification of air water
vegetable, it also develops the owner/respect of learned and wise by the purification of thoughts. It
makes us sacramented and we become able to do good for others. This produces inspiration in our
mind to create good dead which is the finally projection of salvation.
But if you think over your body then prajapati is pran and indra is heat which keeps the body
warmed up. In view of body structure these deities reside in our body as they reside in the universe –
yatha pinde tatha brahmande. This is a proverb we alwayas use to hear means as we see in the
universe we can see the same phenomena in individual simultaneously.
So, friends! Our body is the centre of deities. you can say it city of deities. It has been preached in
upnishada that body is devanampurayodhya as it has been recited ashtchakra navadwara devanam
purayodhya –means our body has 8 chakras/circles 9 dwaras/gates and the destination of divine
thoughts,powers and capacities what an invincible soul keeps with itself.

So, these are 33 deities and supreme being god is called 34th deity or deva because He is lord of all
and greater than all. He has created whole of the universe and becoming the master of all as well. So
we should recite Him, adore Him, pray Him and meditate Him .This is the right worship of God.

Many- many thanks to every body.
Acharya Dr. Umesh Yadav

Chapter 4 Conventional Medical Therapies “Today’s standard, AMA-approved medicine is rooted in treating symptoms, rather than causes. Its dependence on drugs and surgery is ruinously expensive to patients, insurance companies, “Why I Left Orthodox Medicine” Conventional medical treatments for FMS and CFS is a controversial topic. Consider the following statements