Outbreak of Aeromonas hydrophila WoundInfections Associated with Mud Football Hassan Vally,1,2 Amanda Whittle,3 Scott Cameron,2 Gary K. Dowse,1 and Tony Watson1
1Communicable Disease Control Branch, Department of Health, Perth, 2National Centre for Epidemiology and Population Health,Australian National University, Canberra, and 3South West Population Health Unit, Department of Health, Bunbury, Australia On 16 February 2002, a total of 26 people presented to the emergency department of the local hospital in the
rural town of Collie in southwest Western Australia with many infected scratches and pustules distributed
over their bodies. All of the patients had participated in a “mud football” competition the previous day, in
which there had been ∼100 participants. One patient required removal of an infected thumbnail, and another
required surgical debridement of an infected toe. Aeromonas hydrophila was isolated from all 3 patients from
whom swab specimens were obtained. To prepare the mud football fields, a paddock was irrigated with water
that was pumped from an adjacent river during the 1-month period before the competition. A. hydrophila
was subsequently isolated from a water sample obtained from the river. This is the first published report of
an outbreak of A. hydrophila wound infections associated with exposure to mud.
Members of the genus Aeromonas are facultative an- by exposure to contaminated water or soil [4–8]. These aerobic, nonsporulating gram-negative bacilli that are infections occur sporadically and infrequently, and they ubiquitous inhabitants of fresh and brackish water [1].
are more common in warmer climates [5, 7]. Wound Aeromonas species have been found in a variety of infections caused by A. hydrophila often progress rap- aquatic environments, including lakes, rivers, streams, idly and may require surgical debridement or the am- springs, rainwater, swimming pools, and seawater, and putation of limbs or digits [6]. Fatal Aeromonas wound have also been isolated from tap water and soil [2–4].
infections in healthy adults have also been reported [9, These species have been recognized as pathogens of 10]. Treatment of Aeromonas wound infections is com- fish, reptiles, and amphibians for many decades, but it plicated by the fact that members of this genus are is only recently that they have been recognized as sig- universally resistant to penicillin (the result of the pres- nificant human pathogens [1]. In humans, infections ence of chromosomal b-lactamase), rendering standard caused by Aeromonas species generally result in either empirical antibiotic treatment for common streptococ- acute or chronic gastrointestinal illness, septicemia cal or staphylococcal wound infections ineffective [11].
in immunosuppressed individuals, or water- or soil- In this report, we describe an unusual outbreak of associated traumatic wound infections [4, 5].
wound infections caused by A. hydrophila in individuals Aeromonas wound infections are most commonly participating in a “mud football” competition in a small caused by Aeromonas hydrophila and have been re- rural town in the southwest of Western Australia. An ported after accidental puncture of the skin followed investigation was conducted to ensure that appropriateantibiotic therapy was administered to patients, to iden-tify factors contributing to the outbreak, and to add toour knowledge of the clinical features of A. hydrophila Received 20 June 2003; accepted 3 December 2003; electronically published Financial support: Western Australia Department of Health and Commonwealth Department of Health and Aging (jointly funded scholarship to H.V.).
Reprints or correspondence: Dr. Gary Dowse, Communicable Disease Control PATIENTS AND METHODS
Branch, Dept. of Health, Western Australia, PO Box 8172, Perth Business Centre,Perth WA 6849, Australia ([email protected]).
Background.
Clinical Infectious Diseases
2004; 38:1084–9
residents situated 200 km south of Perth, the capital of 2004 by the Infectious Diseases Society of America. All rights reserved.
Western Australia. On Sunday, 17 February 2002, a total 1084 • CID 2004:38 (15 April) • Vally et al. 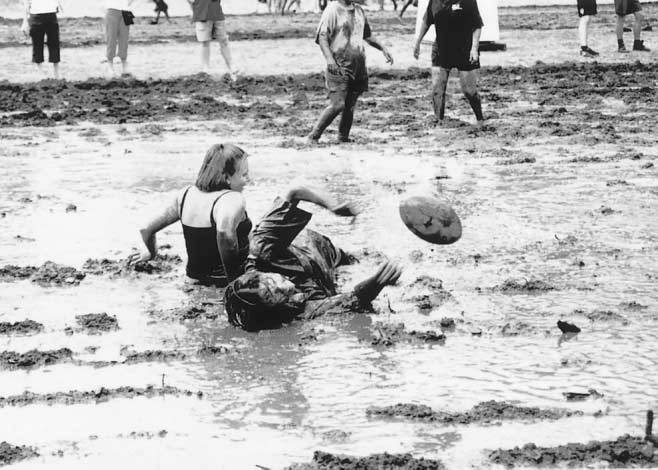 Is caffeine really a problem?

Is Caffeine Really A Problem? Introduction Everyday numerous people run in and out of convenient stores, to and fromvending machines, and all around cafeterias grabbing drinks to go. How often do thosepeople count how often they grab something caffinated? Do they realize how muchcaffeine they consume? Or do they ever question how it may affect their health? Theseare just a few of the que