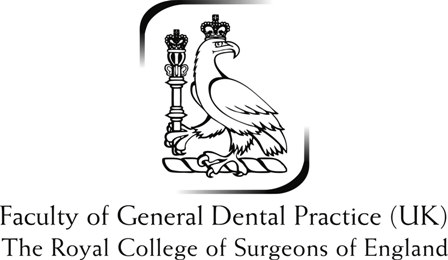 Guide to the Vancouver system of referencing
Introduction
In a written paper of any kind, it is of course necessary to acknowledge any sources which are
referred to in the paper, or from which inspiration or conclusions are drawn. There are two
prominent systems for drawing up these references in a consistent format, known as the Harvard
and Vancouver systems. In order to be consistent it has been agreed that, whenever any
publications are cited in any sphere of the Faculty’s work (including publications and assignments
for Faculty certificates and diplomas) they should be referenced using the Vancouver system.
This guide explains how the Vancouver system works.
♦ When reference is made (directly or otherwise) to the work of another author, this must be
made clear. This is a citation. All citations within the text of a paper should be identified using
Arabic numerals, and should be positioned in the sentence so as to make clear to which part
of the sentence they apply. They should either appear in round brackets or in superscript font.
♦ All documents cited should be listed in numerical order by citation number at the end of the paper. The entries in this list are references. In this way, readers are able to cross-reference
passages in the paper against the sources in the references using the citation numbers.
Sugar is regarded by most dentists as the main cause of tooth decay.1 1. Nettleton S. Power, Pain and Dentistry. Buckingham: Open University Press; 1992.
For all citations

♦ A number must be given each time a citation is made, even if the author or work is named in
the sentence, and citations should be numbered in the order in which they appear in the text (not alphabetically or by any other system). The original number assigned to each reference is reused every time the reference is cited. No reference may have more than one citation number. ♦ Citation numbers should appear after commas, full stops and semicolons, and outside ♦ When more than one reference is given at any point in the text, these should be separated by commas without spaces. Where three or more sequential numbers are given, these should be separated by a hyphen. Periodontal disease is the most common disease in the world.2,3,6 Studies show that mouthwash use can reduce halitosis.1-6,12 Titles

♦ Titles of publications should be given in full. Only the first letter of the first word should be
capitalised (except for words which normally have a capital letter).
♦ Note that italics are never used in the Vancouver system.

♦ The name of the author should be given with the surname first, followed by the initial(s).
There should be no punctuation or space between the initials. ♦ Where there is more than one author, the names should be separated by a comma and a space. The last author’s initial(s) should be followed by a full stop. ♦ Where the work is anonymous, no author should be cited. “Anon” and similar are not used in ♦ Where there are more than six authors, only the first six should be listed, followed by “et al”. ♦ Where the work is credited to an organisation, the name of the organisation should be given in full, as it was at the time of authorship. eg. Citation
Arthur Morgan, Peter Jennings, Caroline Butler, Pauline Spencer, Amrit Duyal, Lesley Barker, Paul Waterford
Journal articles
♦ The format for citing journal articles is as follows (non-bold fields may not apply):
[Author(s)]. [Title of article]. [Title of journal] [Year];[Volume][(issue)]:[Page
number(s)]
♦ Abbreviate the title according to the style used in Medline. Lists of abbreviations can be found via or via the search engine at Use no punctuation (other than spaces) in the abbreviated journal name. Roberts G, Scully C, Shotts R. ABC of oral health. BMJ 2000;321:559-562 ♦ The year should be followed by the publication month and/or date, where available or necessary. This will depend on the frequency of the journal. ♦ The issue number may be omitted if the page numbering is continuous throughout issues in a Books, pamphlets, etc.
The format for citing books and similar documents is as follows (non-bold fields may not apply):
[Author(s)]. [Title of book][,Edition]. [Place of publication]: [Publisher]; [Year]. [Page
number].
♦ For books which have an edition number, the title should be followed by a comma, followed by the edition number in numerals, followed by “ ed.” ♦ Where the named author is the editor of the book, the author’s name should be followed by a comma and “editor(s)” as applicable. Do not abbreviate this to “ed” as this denotes edition number (see above). ♦ The place of publication should be a town or city. If this is ambiguous or obscure, it may help to follow this with a comma and a country or state eg. “London, Ontario”. States of the USA should be represented by their two-letter abbreviation in brackets, eg. “Paris (TX)”. ♦ Where page numbers are given, insert a space after the full stop after the date, followed by “p.“ and the page numbers. As with citation numbers, use hyphens to avoid repeating digits unnecessarily. Tuncay OC, editor. The Invisalign system. New Malden: Quintessence; 2006. Jacobson A, Jacobson RL. Radiographic cephalometry: from basics to 3-D imaging, 2nd ed. New Malden: Quintessence; 2006. p.12-15. Faculty of General Dental Practitioners (UK). Clinical examination and record-keeping: good practice guidelines. London: Faculty of General Dental Practice (UK); 2004. p.48-9, 72-3. (in the last example above, note that the author is the Faculty of General Dental Practitioners (UK), as this was the name of the organisation at the time of writing; however, as the book is still in print, the publisher is the Faculty of General Dental Practice [UK]) ♦ This format also applies to Acts of Parliament and other legal instruments, as follows: Health and Safety at Work etc. Act 1974, s.8(1)(a). London: Stationery Office; 1974.
Web pages

The format for citing web pages is as follows (non-bold fields may not apply):
[Author]. [Title of document.] [Title of web site]. Available at: [URL]. Accessed:
[Date].
eg.
National Institute for Health and Clinical Excellence. Donepezil, galantamine, rivastigmine (review) and memantine for the treatment of Alzheimer’s disease (amended). National Institute for Health and Clinical Excellence site. Available at: Accessed Oct 1, 2007. Other documents
The same principles apply mutatis mutandis to URLs, CD-ROMs, encyclopaedias, and others.
Various guides are available online giving details of how to deal with these special cases. Some
examples which readers may find useful include: