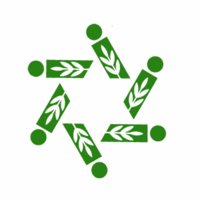 ‘The first kibbutzim (plural of “kibbutz”) were founded some 40 years before the establishment of the State of Israel (1948). Degania (from the Hebrew “dagan,” meaning grain), located south of Lake Kinneret, was established in 1909 by a group of pioneers on land acquired by the Jewish National
WEBSITES:

Jewish Virtual Library “The Kibbutz” History of kibbutz movement in Israel
http://www.jewishvirtuallibrary.org/jsource/Society_&_Culture/kibbutz.html
About.com: Judaism – Kibbutz A kibbutz is an Israeli collective community. Kibbutzim played an essential role
in the creation of the State of Israel. This directory of Kibbutzim includes the homepages of Israel's Kibbutzim today. http://judaism.about.com/od/kibbutzim/Kibbutzim.htm
Wikipedia entry Kibbutz comprehensive description, background and history of Kibbutz movement
http://en.wikipedia.org/wiki/Kibbutz

Kibbutz Movement Website As of 2008, there are 256 Kibbutzim in Israel (including 16 “religious kibbutzim”),
mostly located in peripheral areas, from the most northern tip of the State to as far as the Deep South (Arava). Registered Kibbutz population amounts to app. 106,000 people, of whom a total of over 20,000 are children under the age of 18. One ought to notice that after almost two decades of an economic and social crisis in most sections of the Kibbutz Movement, resulting - among others- in a sharp decline of Kibbutz population, the last few years are indicating a
International Communal Studies Association The International Communal Studies Association is a
multidisciplinary organization providing a common framework for scholarly exchange regarding communes, intentional communities, collective settlements and kibbutz throughout the world. http://www.ic.org/icsa/kibbutz.html
Hareshima - Comprehensive List of Kibbutzim
http://www.hareshima.com/Israel/kibbutz.asp

BOOKS:
The Children of the Dream by Bruno Bettelheim (2001)

Children of the Kibbutz: A Study in Child Training and Personality by Melford E. Spiro (1999)
How does a child raised by a community differ from one growing up in a nuclear family? The Spiros revisted the kibbutz twenty-five years after their first study. In a new chapter, Leslie Y. Rabkin and Audrey G. Spiro report on the contemporary adults and the effects of their childhood upbringing.
Family and Community in the Kibbutz by Yonina Talmon (1972)

Inside-Out: Personal and Collective Life in Israel and the Kibbutz by Julia Chaitin (2007)
How does a child raised by a community differ from one growing up in a nuclear family? The Spiros revisted the kibbutz twenty-five years after their first study. In a new chapter, Leslie Y. Rabkin and Audrey G. Spiro report on the contemporary adults and the effects of their childhood upbringing.
The Journey Within: Two Months on Kibbutz by Todd B. Natenberg (2002)
In the summer of 2000, Todd B. Natenberg, a 30-year-old resident of Chicago, quit his job as a sales manager and sales trainer for a telecommunications company, started his own sales training company, sold his house and finalized a second divorce. But before embarking on his new career and his new life, he took the adventure of all adventures: volunteering
The Kibbutz: Awakening from Utopia by Daniel Gavron (2000)
Focusing on the human story, journalist Daniel Gavron movingly portrays the fears, regrets and hopes of members of kibbutzim ranging from traditional to modern and agricultural to urban.
The Kibbutz Movement: A History, Volume 1 (The Littman Library of Jewish Civilization) by Henry Near
(2008) 'Notably thoughtful and scholarly .he has succeeded in putting together an admirably coherent and clearly written account of the kibbutz movement's history, an authoritative narrative account of which has long been needed .is sure to serve as the standard text on the subject for years to come.' David Vital, Times Literary Supplement
Kibbutz Goshen: An Israeli Commune by Alison M. Bowes (1989)
The kibbutz is probably the best known of many attempted and existing communal communities. Since the founding of the first kibbutz in 1910, the Kibbutzim of Palestine/Israel have attracted the attention of the outside world. This illuminating study gives a comprehensive view of the forces that shape what has been both a pioneering and defensive social entity in an ever-increasing complex world in which it is situated. Based on firsthand fieldwork, the book is firmly rooted in everyday life on a kibbutz, and aims to give readers insight into what it is like to live and work in a commune.
Children of the Sun (Yaldei HaShemesh) An intimate portrait of the children who were part of Israel's
first kibbutzim. (2007)

Families of Israel Visit 9-year-old Inbar and her family at a kibbutz of 60 families in southern Israel. Inbar's parents
helped build this new community in the second driest desert in the world. Inbar rolls down a big sand dune, feeds a calf,
goes to school, makes her own breakfast and shares a Sabbath meal in the community hall. We visit her mother at work as an art therapist and see how a machine designed by Inbar's father helps keep food from spoiling. (2000)
Galilee Eskimos (Eskimosim Bah Galil) An old kibbutz isolated in the Hills of Galilee finds itself immersed in deep
debt and is threatened by lawsuits from bankers and creditors to the point of bankruptcy. On the evening prior to the arrival of the bailiffs, the great exodus begins leaving behind twelve senior citizens in the kibbutz old-people's home to discover they have been deserted and left to fend for themselves.(2006)
Goodbye New York A young New York woman, devastated to find out that her husband has been cheating on her,
decides to hop a plane to Paris to get away. However, she falls asleep on the plane, misses her connection, and winds up in Israel, with no money, no luggage and no friends. (1985)
Noa is 17 (Noa Bat 17) An ideological battle takes place when the Kibbutz Movement must decide
whether to follow Stalinist Russia or the Western Empires (1982)

Not Quite Paradise Six young volunteers from different backgrounds travel to Israel to spend a summer working on a
kibbutz, a communal farm where they can find adventure, hide from their pasts or search for themselves. (1986)

Strangers (Zarim) 6 days in the lives of Eyal , an Israeli living in a kibbutz, and Rana , a Palestinian living in Paris
(2008)

Sweet Mud (Adama Meshuga) Set in mid-70's, 12-year old Dvir Avni navigates between the equality values of his
home-born Kibbutz and the relationship with his undermined mother (2006) STRONG ADULT CONTENT

Under the Domim Tree (Etz Halomim Tafus) Aviya--the character based on Almagor--is sent to live in a youth
village (kfar no'ar) because of her mother's emotional instability following her migration to Israel as a Displaced Person.
Other characters include child Holocaust survivors still imprisoned by their memories and village staff--some who provide
the nurturing their charges need, and some who don't. (1995) Contact: Marci Wiseman at 305.576.4030 x154
or [email protected]
CAJE is a beneficiary agency of the Greater Miami Jewish Federation

Looking after young squirrels and preparing them for release Contents 1 - What do you do first? 1 - What do you do first? If you have found a young squirrel, you will need to ensure that its immediate well-being is taken care of. See our website and/or other document (Feeding Baby/Young Squirrels). You may decide that you are unable to look after it for very long. Please contact us a