Acta Neurochir (2013) 155:75–76DOI 10.1007/s00701-012-1532-9 Vestibular schwannoma presenting with psychosis Received: 8 October 2012 / Accepted: 12 October 2012 / Published online: 14 November 2012 nursing on a secure psychiatric unit. Electroencephalographic We describe an unusual case of vestibular schwannoma (EEG) examination did not reveal any epileptiform activity.
presenting with psychotic symptoms, which resolved with The lesion was removed via a retrosigmoid approach. A remnant of the tumour was left at the internal auditory A 22-year-old right-handed female presented with a 1- meatus. Histological examination demonstrated a WHO day history of abnormal behaviour. She was disorientated, grade I vestibular schwannoma. She had complete sensori- confused and claimed that the people around her were an neural hearing loss in the left ear.
illusion. Over the preceding month she had become intro- Following surgery the patient made a steady recovery.
verted, slept longer hours and stopped going out. She no- Her visual and auditory symptoms receded and she stopped ticed decreased hearing in the left ear and had been treated risperidone 6 weeks postoperatively. At outpatient review at for ear wax. On the day of presentation she reported that she 3 months she was entirely well and had applied to restart an saw unusual shapes that made her feel like she was in undergraduate course of study. Postoperative imaging ‘another world’. She shouted ‘I want God’ repeatedly and revealed encephalomalacia in the left middle cerebellar pe- then just ‘god’. At times she was unresponsive with rapid duncle, consistent with prior compression (Fig. ).
eye movements. She became calmer following sedation and This patient’s presentation is unusual for vestibular explained that her imagination frightened her and that chant- schwannoma, which commonly presents with hearing and balance loss. Peduncular hallucinosis (PH) is a syndrome There was no history of drug or alcohol abuse, and no that combines hallucinations (‘sensory perception in the previous medical or family history of note.
absence of external stimuli’) with brainstem symptoms. First Imaging showed a large tumour in the left cerebellopon- described by L’hermitte in 1922 it is associated with tine angle with associated obstructive hydrocephalus intrinsic brainstem lesions, subarachnoid haemorrhage and (Fig. ). She was commenced on dexamethasone and un- surgical trauma in the posterior fossa However there is derwent insertion of a ventriculoperitoneal shunt.
no description of a vestibular schwannoma that presented The patient’s psychosis was treated with risperidone. Further with PH and resolved with resection. It was postulated that review revealed auditory and visual hallucinations. She de- our patient’s auditory hallucinations were linked to hearing scribed ringing in the left ear interspersed with voices saying loss and tinnitus in the left ear, following a ‘disinhibition’ ‘I hate you’. She was unable to describe her visual hallucina- model ]. It is not clear that this is the case, however.
tions other than reporting they were on the ceiling. Her psy- Psychosis was not related solely to auditory symptoms, and chosis and agitation worsened, which required intensive her symptoms persisted for weeks following resection of thelesion and complete loss of hearing on the left side.
The psychosis of PH consists of visual hallucinations, associated with hypersomnolence and oculomotor distur- Department of Neurosurgery, National Hospital for bance. Causative lesions are usually located in the rostral brainstem but are also found in the thalamus and basal ganglia It is unusual for extrinsic brainstem compres- London WC1N 3BG, UKe-mail: [email protected] 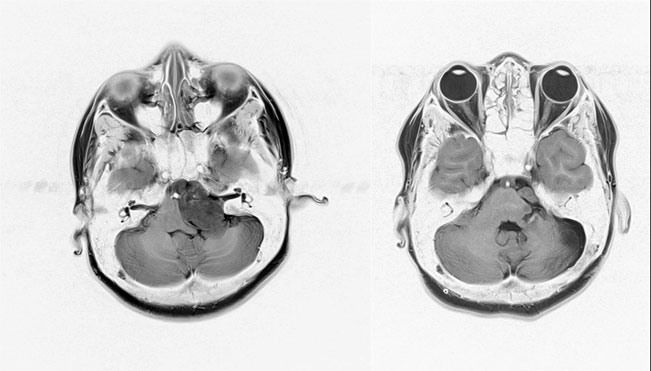 that one treatment per week will be appropriate for most patients, however prescribers may exercise their clinical judgement should a patient request more than this. Drugs for ED may have a street value and the issue of diversion should be borne in mind when considering prescription quantities. February 2009 OSTEOPOROSIS GUIDELINES: Alendronate is the drug of first choice on DRUG

What is Thrush? Thrush/nipple yeast and vaginal yeast are caused by the one-celled organism, Candida albicans. It is a fungus that thrives in moist, dark environments (like the nipples, milk ducts, mother's vagina, baby's mouth and/or baby's diaper area). The use of antibiotics by mom or baby is a con-tributing factor in the occurrence of yeast. A cracked or sore nipple can also contribute to