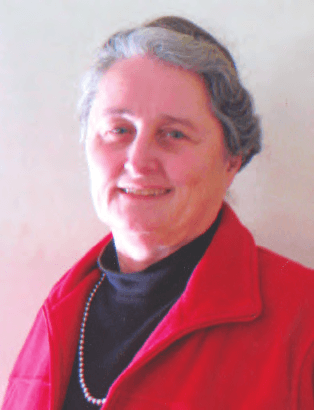 Women&Guns
LegallySpeaking
We do not have a gun problem. also indicated that the SSRI drugs We have a mental health problem should not be given to children exacerbated by a prescription drug or young adults. Unfortunately problem. If you are unhappy, doctors continue to prescribe doctors will prescribe a pill. SSRIs to patients below the age Unfortunately our health care of 25. Since 1987, other SSRI system does not provide for drugs under such brand names as adequate supervision of people on Luvox, Zolof, Paxil, and Effexor drugs. Sometimes the warnings have been introduced. Today, they about the drugs are inadequate. are some of the most commonly Sometimes the drugs have prescribed psychotropic (mood unintended consequences. guns have been around for more effects include suicide, “abnormal than one hundred years. Mass thinking,” and manic or psychotic murders such as those at the reactions. SSRI drugs can also The Unspeakable
Sandy Hook school first appeared interact with dextromethorphan in 1989 when Patrick Purdy, for to no apparent reason, shot a number Dextromethorphan is a common By Karen MacNutt,
of children in a schoolyard in ingredient in over the counter Contributing Editor
California. This type of senseless cough medications.
killing is not confined to the United States nor are guns the which was the subject of an article When a person lacks empathy for only weapons used. In cultures in the British Journal of Psychiatry, another human being, when his or where guns are not available, such (2009) 195: 211-217, “Emotional her soul is emptied of feeling, when as Japan, edged weapons have side-effects of selective serotonin he or she can reduce any group been used. The rise in these bizarre killings in the study described a general then such a person is capable of has paralleled the rise in the use of reduction in the intensity of all unimaginable barbarity to others. a type of anti-depressant known their emotions. They described History is filled with examples of as a selective serotonin reuptake their feelings as numbed, blank or genocide, ethnic cleansing, and inhibitor (SRI or SSRI). The flat. Some of the participants stated wholesale liquidations of people first SSRI drug was approved that they did not feel any emotions thought to be undesirable or a by the FDA in 1987 under the at all or that their emotions brand name of Prozac. By 1989, felt unreal or fake. In addition Anyone with a heart or soul pharmacies were filling some to the reduction of negative was shocked at the pre-Christmas 65,000 prescriptions per month emotions, all the participants murder of children in Sandy Hook, of Prozac. It was thought to be a experienced a reduction of positive Connecticut. Those in public wonder drug until its dark side emotions such as happiness and office were quick to call for more began to show up. A number of love, including love of their gun laws without determining suicides and murder-suicides were families and enthusiasm for why the killings took place or if blamed on the pill. The SSRI drugs now carry emotions of fear, guilt, or shame suicide warnings. Further research were sometimes seen as interfering Women&Guns

Chaos, Complexity and Gustave Guillaume 1. Introduction Perhaps the greatest merit of any theory is its ability to withstand the passage of time and the advent of new data or general theoretical findings, together with its capacity to encompass these new elements - or to be encompassed by them - without having to suffer major changes. The new elements can come from fields totally unrelated to