Assessing the Efficacy of Tragal Pumping : A Randomized Controlled Trial
2011 144: 891 originally published online 18 February 2011 Otolaryngology -- Head and Neck Surgery The online version of this article can be found at: can be found at:
Otolaryngology -- Head and Neck Surgery
Additional services and information for
Original Research—General Otolaryngology Assessing the Efficacy of Tragal Pumping: Otolaryngology—Head and NeckSurgery Foundation 2011Reprints and permission:sagepub.com/journalsPermissions.navDOI: 10.1177/0194599811399711http://otojournal.org Nathan H. Boyd, MD1, and Joshua A. Gottschall, MD1 No sponsorships or competing interests have been disclosed for this article.
pumping—the practice of pushing on the tragus to raisepressure within the external auditory canal (EAC)—is a commonly recommended adjunctive maneuver believed tofacilitate the introduction of ototopical medications into the Objective. Tragal pumping is the practice of pushing on the middle ear via a patent PET. Review of the medical litera- tragus to raise pressure in the external auditory canal. This ture revealed a small number of nonclinical studies support- is a study to determine if tragal pumping improves middle ing the efficacy of tragal pumping.3,4 No clinical studies ear penetration of ototopical medications via a patent pres- were found. This is a prospective, blinded, randomized con- trolled trial to determine if tragal pumping improves the Study Design. Prospective, randomized controlled trial.
middle ear penetration of ototopical medications.
Subjects and Methods. Children with chronic otitis media Children younger than 8 years of age scheduled for routine scheduled for routine placement of bilateral pressure equal- bilateral PET placement for chronic otitis media were ization tubes were offered enrollment in the study. After offered enrollment in the study (Figure 1). Patients with pressure equalization tube insertion, an otic preparation of stenotic ear canals, middle ear atelectasis, middle ear granu- 0.3% ofloxacin solution dyed with methylene blue was lation, or cholesteatoma were excluded from the study.
applied sequentially to both ear canals by the operating sur- Patients served as their own control, with 1 experimental geon. Tragal pumping was performed on the experimental and 1 control ear. The experimental ear was randomized by ear, and the opposite ear served as a control. A second coin flip. The EAC was dilated to the largest size aural operator, blinded to the randomization process, used an speculum possible, and a standard myringotomy was per- operating microscope to determine if otic drops had formed in the anterior-inferior quadrant. The middle ear was entered the middle ear as demonstrated by methylene blue aspirated and a Medtronic (Minneapolis, Minnesota) 1.27- mm fluoroplastic collar-button tube was placed. Four drops Results. Twenty-four patients with a mean age of 3.6 years of methylene blue–impregnated 0.3% ofloxacin otic solution were enrolled in the study. Middle ear penetration of otic (0.1 mL/5 mL) were placed in the ear canal without an drops was present in 33% (8/24) of control ears and in 75% aural speculum. On the experimental side, 4 tragal pumps (18/24) of experimental ears, resulting in a statistically signif- were performed. On the control side, 4 tragal pumps were simulated. A second operator, blinded to the randomizationprocess, suctioned the EAC and determined if the otic drops Conclusion. Tragal pumping improves the middle ear penetra- had entered the middle ear. A result was considered positive tion of ototopical medications via a patent pressure equal- if the promontory mucosa was stained with blue dye. P values were calculated with the McNemar test. This studywas approved by the Kaiser Permanente Northern California general otolaryngology, otitis media, pressure equalizationtubes, myringotomy, tragal pumping, ototopicals, otorrhea Received July 25, 2010; accepted January 12, 2011.
1Department of Head & Neck Surgery, Kaiser Permanente Medical Center, Otorrhea after pressure equalization tube (PET) Oakland,CA,USA insertion is a common complication with an incidence of 10% to 29% in some series to as high Nathan H. Boyd, MD, Kaiser Permanente Medical Center, Department of as 74% in others.1,2 Ototopical medications are the corner- Head & Neck Surgery, 280 W. MacArthur Blvd, Oakland, CA 94611, USA stone of treatment for PET-associated otorrhea. Tragal 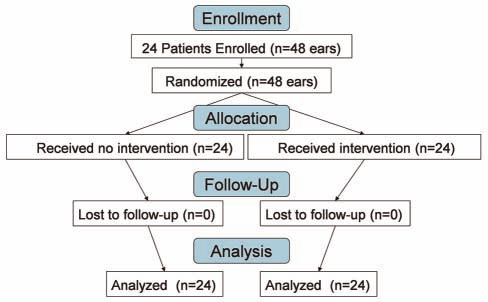 Fellow of the American College of Gastroenterology Faculty Lecturer, Mount Sinai School of Medicine You are scheduled to have an endoscopy on ___________________ at ___________ AM/PM PLEASE MAKE SURE TO REVIEW THESE INSTRUCTIONS A WEEK BEFORE YOUR PROCEDURE! THE WEEK BEFORE YOUR ENDOSCOPY • Make sure to arrange for an escort for the day of the procedure. Discuss with Dr Gutman a