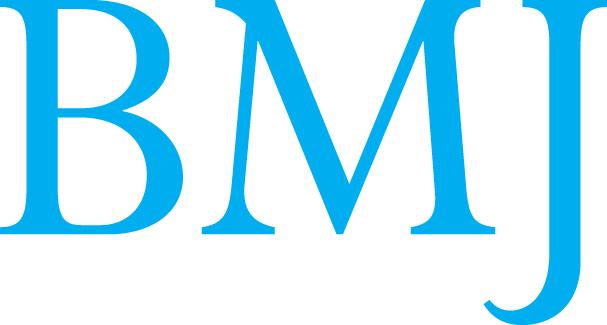 BMJ 2011;343:d5184 doi: 10.1136/bmj.d5184 OBSERVATIONS
Is your mum on drugs?
When “de-prescribing” may be the best medicine Ray Moynihan author, journalist, and conjoint lecturer, University of Newcastle, Australia Soon after she went into a small hospital a few years back, In this case, though, hearing what happened to Fervid Trimble Johanna Trimble’s mother in law seemed to enter a rapid helps tell the wider story of the dangerous overdrugging of our elders and the fact that families and loved ones can do something Fervid Trimble was at the time a woman in her late 80s, living independently in a senior citizens’ home near Seattle in the The first thing Fervid’s family did was to tell the doctors that United States. After a bout of diarrhoea and dizziness she was she was not to be given any new drugs without the family’s admitted to the healthcare centre close to the home, but her permission, and they’ve since released a short set of tips urging family was soon shocked by the quick deterioration in her health people to listen closely to their older loved ones, compare any and the emergence of some strange new symptoms, including new “symptoms” with drug side effects, and seek out delusions. “She wasn’t able to wake up, and we couldn’t wake her,” says Johanna. “It didn’t seem like normal sleep.” For Johanna Trimble the experience was life changing. “I was After discussions with the centre’s staff the family discovered looking at all the other people in long term care facilities, where that Fervid was taking several new drugs, including a painkiller family members were either unaware of the problems or didn’t and an antidepressant. “They said she was depressed,” says want to rock the boat, and I thought, ‘Who the hell is going to Johanna, “but we believed that she was rightly grieving for the speak up for these people?’” she told the BMJ. She has since loss of her former life, because she was now stuck inside a become a patients’ advocate, working with public agencies and hospital room. It made sense to us that she was sad.” communities in Canada where she lives, promoting the idea that At the same time a psychiatrist diagnosed “Alzheimer’s” and discontinuing drugs can sometimes be the best prescription. “I suggested that the 88 year old take donepezil (Aricept), which really wanted to do something about this epidemic of the family declined after learning that there was little evidence that the drug offered clinically meaningful benefits.
Last year the Archives of Internal Medicine published a After further research the family members began to suspect that feasibility study of drug discontinuation among elderly people their mother was overmedicated and experiencing the harmful in Israel,3 with extraordinary findings. Using an established tool, effects of a drug interaction, rather than depression or researchers were able to cut the average number of medications Alzheimer’s disease. In consultation with health centre staff in half, from roughly eight to fewer than four per person. Just they opted for a partial “drug holiday,” winding back some of 2% of discontinued drugs were restarted; no adverse effects of discontinuation were reported; and almost 90% of people “She recovered completely,” Johanna told the BMJ last month.
“Not only cognitively, but she was also soon doing exercises The study was co-run by Dee Mangin, an academic at again. She really came right back.” The family members have Christchurch School of Medicine in New Zealand and a general compelling before and after photos to back up their views, which practitioner who is well schooled in evidence about the harms are part of a presentation that Johanna now regularly delivers, of unnecessary care. “I look as hard at stopping medications for my patients as I do at starting them,” she says.
As a journalist who’s been writing about evidence for many Dr Mangin has written previously in the BMJ about the way years, I’m acutely aware of the benefits and risks of the powerful that quality measures can drive up prescriptions of questionable anecdote. Used inappropriately, anecdotes can and do distort benefit and why the current approach to “preventive care” for understanding and mislead readers—a daily reality of the hype elderly people requires a rethink.4 “Improving the art of ‘not based reporting in tabloids and on screens around the world.
doing’ is what will determine quality care in the next few decades,” argues Dr Mangin, who is part of an informal global For personal use only: See rights and repr BMJ 2011;343:d5184 doi: 10.1136/bmj.d5184 network hoping to run a randomised controlled trial of drug holiday for their elderly patients might be something to For Johanna Trimble, reducing numbers of unnecessary drugs and the associated delirium didn’t just improve her mother in Trimble J. Is your mom on drugs? Find out what to do about it. law’s health; a returned lucidity in the following years of her Trimble J. Is your mom on drugs? Ours was—and what we did about it. life also enabled Fervid to pass on the precious wisdom of those Garfinkel D, Mangin D. Feasibility study of a systematic approach for discontinuation of multiple medications in older adults: addressing polypharmacy. Arch Intern Med “Before she died, she spoke to all of us, touching and inspiring Mangin D, Sweeney K, Heath I. Preventive health care in elderly people needs rethinking.
us, pouring out all her wisdom and love,” says Trimble. “Many families are not having these powerful experiences because their elders are too drugged.” Perhaps as northern hemisphere health professionals return from well earned holidays, the idea of a For personal use only: See rights and repr