Another Month. Another Adventure.
When people ask me what it’s like to have
triplets or how we do it, I just shrug and say, “It’s an adventure!” I guess you hear it from everyone, but I can't believe how quickly the time passes. I wish I had a photographic memory so I moments that have passed. At least my scrapbook hobby teaches me to take lots of perinatologist strongly encouraged us to I have an 8 year old son, Ryne, in the 4th consider reduction after genetic testing, the grade and 4 1/2 year old fraternal triplet girls, Skylar, Jordan and Cameron that are starting Hospital in Philadelphia (where they referred kindergarten this year. I truly thought I would me) went over the risks and we just didn’t lose it at the girl’s preschool graduation in June wore pink graduation gowns and caps, and When I went for a tour of the neonatology unit marched down the auditorium aisle to sing at the hospital there was another set of triplet some songs and receive their diplomas. It girls that were about a week old. I later found seems like only yesterday we were starting out who they were from our local Triplet group (the Lyons family- Jan Lyons now runs our I had difficulty conceiving and in 1992 had to local triplet group in Montgomery County) and start taking synthroid because I had low thyroid levels and Clomid to ovulate regularly for about 2 1/2 years. My husband also had to I was put on limited movement at 20 weeks have a varicosel surgery. Our little boy was a and home bedrest at 24 weeks. My pregnancy blessing in 1995! I asked friends at church to went without complications until the 32nd pray for us. I was praying for another baby, week when my blood pressure started to rise. I maybe a girl this time. After 14 months on was put in the hospital twice for a few days to make sure I wasn’t getting pre-eclampsia. They scheduled my c-section for January 13, When we went for the routine ultrasound at 8 2000 (34.5 weeks) because they babies were a weeks to be sure there were no multiples we good size and it was getting hard to get a good had a big shock. The technician said “Wow. reading on them. The girls were born healthy You don’t see this every day.” I said, “See at 8:58 am, 3 lbs. 3 oz., 3 lbs. 14 oz., and 5.0 what?” She said, “There’s three.” And I said, “Three what?” “Three babies.” My husband had a big dumb grin on his face as he could see the They were all very healthy and were released screen from a much better angle than I. I said after 9 days, 14 days and 20 days. Luckily my “No, that’s an ovary, that’s an ovary and that’s Mom lives with us (as well as my son’s nanny) a baby.” And she said, “Well those ‘ovaries’ and could help us take care of the girls. She have heart beats!” We went out to the car and herself is a fraternal twin and a ‘Super Grandma’!” We had lots of family and church friends that could come and help. It was I called my OB/GYN and was told she was on exhausting and exhilarating at the same time! vacation. I started to cry and the receptionist Big brother Ryne was a huge help. They grew immediately put on another OB who referred 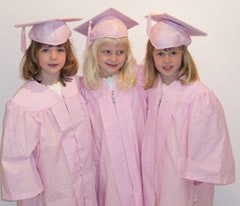 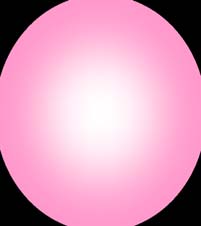 I went back to work after 3 months, at first boggles my mind that they have learned so part-time and then full-time and Grandma much. Even though we both work full-time, my became the full-time nanny (did I mention she husband coaches my son’s baseball and soccer is a ‘SuperGrandma’!). The girls started full- teams, I have led his cub scout den for 3 years day preschool at 2 ½ years old and will start and will probably lead the girls’ Brownie group. Because Grandma lives with us and helps with the cooking, cleaning and childcare, our home The girls are usually dressed alike as it helps is always filled with love and we are well cared eliminate fights over clothes. Now they wear for. Our family laughs often and plays together uniforms at their private school, so everyone is daily. It has been the greatest adventure I dressed alike anyway. They have also been in the same class, and will continue to be, as their private school only has one class per I wish you all joy and the best of adventures grade level. So far this has worked out just with your families as well! Thanks for all of the fine. The girls are each very different from MOST and PreemieCare information over the each other and fairly outgoing so they have lots of friends on their own while also still Pat and John parents of Ryne, Skylar, Jordan and Cameron, and Grandma Peggy of Maryland Now they are on to so many new things – ballet, karate and piano lessons. It just

The OTC Drug Prescription Requirement Tell Me About . In order for over-the-counter (OTC) drugs such as Claritin, Advil, and Robitussin to be reimbursed from your health care account, you need a prescription. This became effective January 1, 2011, as part of the Affordable Care Act. When consulting with your health care provider, please remember that the prescription must meet the respecti