Article gastrointestinal disorders
Gastroschisis: Embryology, Pathogenesis,
Epidemiology
Shilpi Chabra, MD,*
Objectives After completing this article, readers should be able to:
1. Describe normal embryology and various theories contributing to derangements in
development leading to gastroschisis.
2. Delineate several theories regarding the pathogenesis of gastroschisis.
3. Explain the environmental and other risk factors linked to gastroschisis.
4. Describe the prevalence of gastroschisis in developed countries and various theories
explaining it.
Introduction
Gastroschisis is a congenital anterior abdominal wall defect, adjacent and usually to the
right of the umbilical cord insertion. It occurs as a small, full-thickness periumbilical cleft
either immediately adjacent to the umbilicus or separated from it by a strip of skin. This
results in herniation of the abdominal contents into the amniotic sac, usually just the small
intestine, but sometimes also the stomach, colon, and ovaries (Figure). The abdominal
wall defect is relatively small compared with the size of the eviscerated bowel, which often
develops walls that are matted and thickened with a fibrous peel. Gastroschisis has no
covering sac and no associated syndromes. This differentiates it from an omphalocele,
which usually is covered by a membranous sac and more frequently is associated with other
structural and chromosomal anomalies (Table 1). In addition, although gastroschisis may
be associated with gastrointestinal anomalies such as intestinal atresia, stenosis, and
malrotation, it has a much better prognosis than omphalocele.
Historical Perspective
The term gastroschisis is derived from the Greek word laproschisis, meaning “bellycleft.” It
was used in the 19th and early 20th centuries by teratologists to designate all abdominal
wall defects. No clear distinctions were made between abdominal wall defects until 1953,
when Moore and Stokes classified them based on their appearance at birth. They suggested
that the term gastroschisis be reserved for those cases in which the defect is adjacent to the
normally inserted umbilical cord and there is no evidence of a sac covering the extruded
viscera. Although the first report of a case of gastroschisis was in 1733, the first report of
successful closure of a small abdominal wall defect was not until 1943 by Watkins, a
surgeon from Virginia.
Embryology
The pathogenesis of gastroschisis remains controversial. To
understand various theories regarding this defect, it is essen-
Abbreviations
The gastrointestinal tract develops from the primitive International Clearinghouse of Birth Defects digestive tube derived from the yolk sac. Early in gestation, a portion of the gut opens ventrally into the yolk sac—the International Classification of Diseases, midgut. At 31⁄2 weeks’ gestation, the gut becomes distinct from the yolk sac. The embryonic disk is folded into cephalic, ICD-9-CM: International Classification of Diseases,
caudal, and lateral folds, each of which converges at the umbilicus to obliterate the coelom, which forms the future *Assistant Professor of Pediatrics, University of Washington, Seattle, Wash.
†Division Head and Professor of Pediatrics, Department of Pediatrics, University of Washington, Seattle, Wash.
NeoReviews Vol.6 No.11 November 2005 e493 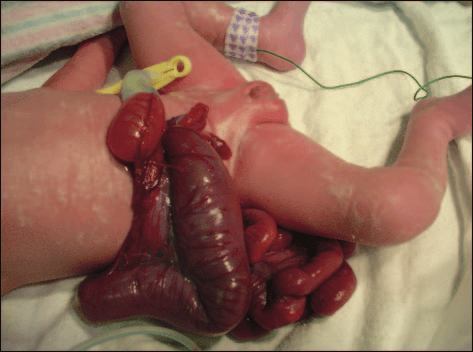 UNIVERSITY OF CAMBRIDGE INTERNATIONAL EXAMINATIONS MARK SCHEME for the October/November 2011 question paper Paper 3 (Specialist Choices), maximum raw mark 70 This mark scheme is published as an aid to teachers and candidates, to indicate the requirements of the examination. It shows the basis on which Examiners were instructed to award marks. It does not indicate the details of the discussions

Technical Data Sheet TSE399 TSE399 Description TSE392, TSE397 and TSE399 adhesive/sealants/coatings are one component RTV's that cure quickly by reacting with atmospheric moisture forming a soft dielectric silicone rubber. These materials incorporate a newly developed crosslinking chemistry and are non-corrosive to metallic substrates. They are particularly well suited for ele