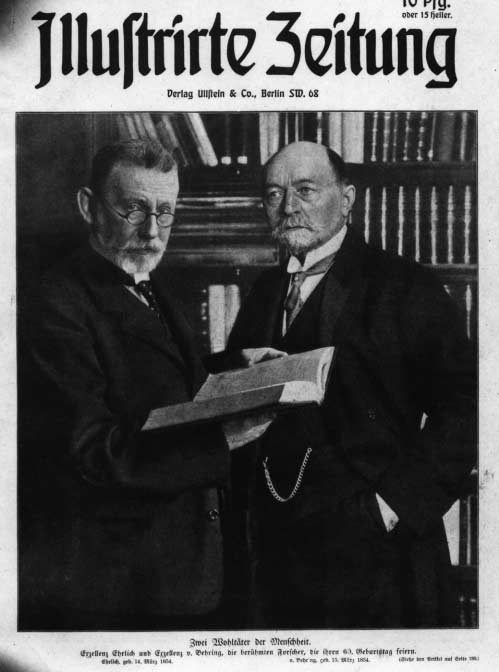 the prevention of resistance. As Polk [8] points out, thesestrategies, however, would only be expected to workagainst organisms that become resistant by selection ofresistant mutations, and would not be expected to beeffective against organisms that require the acquisition ofnew resistant genes. However, whether the same thinghappens in humans is less clear, and there are a number ofreasons why dose optimization is not likely to be a veryeffective strategy. Foremost is that most of the species ofbacteria that are increasingly resistant to chemotherapyarise not from the pathogen pool (analogous to theinfected mouse thigh), but from the pool of innocent bys-tanders (the gastrointestinal flora of the infected mouse).
In addition, the pharmacokinetics/pharmacodynamicsparameters in the commensal pool, such as those in thegastrointestinal tract or the skin, are very different frompharmacokinetics/pharmacodynamics parameters basedon serum concentrations, and it is unknown what the con-centration-effect relationships are in these noninfectedareas. These theses of Polk [8] certainly deserve discus-sion.
One-Day Quadruple Therapy for Helicobacter
pylori Infection
Not too far back, the eradication of H. pylori involved Fig. 2. One of the rare pictures where these two great German
a 3-week treatment with a not insignificant number of researchers, Ehrlich and von Behring, are shown together, in the adverse events in these therapies with up to four drugs.
newspaper the ‘Illustrirte Zeitung’ of Berlin (today it reads ‘Illus- Many attempts were made to shorten that treatment, and trierte’). (Reprinted courtesy of Aventis Behring, Germany.) short-period treatment has been introduced. Most recent-ly, most spectacular results were published by Lara et al.
[9]. In a randomized, prospective, open-labeled equiva- ‘Therapia magna sterilisans’ and Emergence of
lence trial with a parallel-group design to compare eradi- Resistance
cation rates of H. pylori in 160 patients, the 1-day groupusing four agents (524 mg of bismuth subsalicylate, Recently, Coates et al. [5], in an excellent review of 500 mg of metronidazole and 2,000 mg of amoxicillin modern antimicrobial treatment and its failures, short- four times a day, and 30 mg of lansoprazole twice a day) comings and misconceptions, suggested shorter treatment had a slightly higher eradication rate (95%) than the 7-day that may consequently include ‘one-day’ treatment. Dis- group (90%). Interestingly, the adverse events with, for cussion on shorter versus longer treatment to prevent example, 8 g of amoxicillin per day were not different resistance has very recently become a controversial topic between the groups, although this finding may have been again. With their articles, these authors may pave the way hampered by the means of assessing adverse events, to a complete rethinking of antimicrobial chemotherapy.
which was undertaken several weeks after treatment. This Along those lines, arguments have been put forth that finding needs to be confirmed in additional trials, but for ‘dose optimization’ of an antimicrobial can prevent the the moment it remains a most interesting finding. Other emergence of resistant microorganisms. This idea has than in the case of benzathine penicillin and azithromy- great appeal, and there are good in vitro and animal data cin, this drug combination has no component with a long that support it [6, 7]. The animal work clearly shows that half-life, suggesting that other mechanisms must underlie there is a relationship between the dose administered and 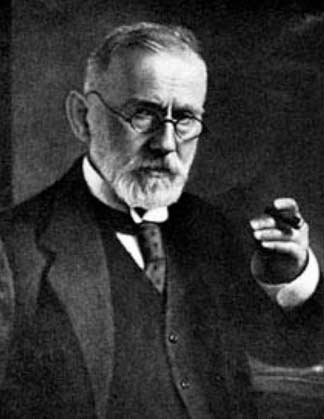 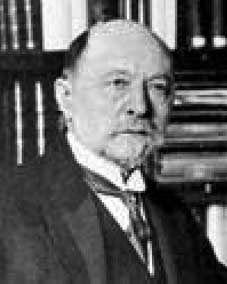 Arsenic Trioxide
Although Ehrlich’s arsenic compound 606 (Salvarsan) was an organic arsenic with arsenic captured chemically,it was his achievement to make arsenic compounds and torender their toxicity preventable and countable. On thisbasis, the recent introduction of arsenic trioxide recallsEhrlich, who made these agents usable in human medi-cine. Arsenic trioxide has demonstrated efficacy and safe-ty in patients with first and subsequent relapsed or refrac-tory acute promyelocytic leukemia, regardless of the dis-ease-free interval. Treatment of relapsed and refractorypatients with this novel therapy produces complete remis-sion in 87 of patients and molecular remission in 83%.
Studies have documented the efficacy of autologous andallogeneic transplantation as salvage therapy in relapsedand refractory acute promyelocytic leukemia [10].
Fig. 3. Paul Ehrlich (1854–1915). The founder of chemotherapy and
winner of the Nobel Prize in Medicine in 1908. (Photo reprinted
Ehrlich’s Dyes and Old ‘Non-Ehrlich Dyes’ in
Modern Molecular Pharmacology and Drug
Discovery
It was one of Ehrlich’s great achievements to carry the concept of the use of dyes through from histology to che-motherapy. His first dye to be used was methylene bluefor treatment of malaria in human patients. Althoughactive, methylene blue did not become a ‘magic bullet’.
His second attempt was trypan red, which he used to treattrypanosomes, but this was only tested in animals and afew humans. Finally, Ehrlich found ‘606’, which was notpart of a synthesis of dyes but happened to be a yellowdye. These three colors are used in the logo of the confer-ence commemorating his 150th birthday [11]. A veryrecent report from Harvard Medical School [12] showed Fig. 4. Emil von Behring (1854–1917). Winner of the Nobel Prize in
that the dye Congo red has been successfully tested to rid Medicine in 1901. (Photo reprinted courtesy of Aventis Behring, mice of a neurogenerative condition similar to Hunting- ton’s disease by dissolving clumps of abnormal proteins inthe brain. Interestingly, these investigators used two ofEhrlich’s concepts. The first is the staining of amyloiddeposits in dead brain by Congo red, which led to testing Conclusions
of this dye as a pharmacological agent to rescue live Hun-tington’s disease cells. Before that may successfully hap- This very short review of Ehrlich’s impact on today’s pen in humans, an agent must be found that acts like Con- scientific work shows very clearly that honoring Paul Ehr- go red in the brain cells but which can – unlike Congo red lich with this great ‘World Conference on Dosing of – also pass the blood-brain barrier. In addition, the blood Antiinfectives: Dosing the Magic Bullets’ will review on barrier was first described by one of Ehrlich’s coworkers, an international level the use of modern ‘magic bullets’ – Goldman, revealing the second aspect of this modern the least the modern chemotherapy community and this research related to Ehrlich’s work and interest.
journal can do to remember a great German scientist. Weare continuing Ehrlich’s chemotherapy.
Paul Ehrlich’s 150th Birthday – Still Alive? References
1 The Nomination Database for the Nobel Prize 5 Coates A, Hu Y, Bax R, Page C: The future 10 Douer D, Hu W, Giralt S, Lill M, DiPersio J: in Physiology or Medicine, 1901–1949. The challenges facing the development of new an- Arsenic trioxide (trisenox) therapy for acute timicrobial drugs. Nat Rev Drug Discov 2002; promyelocytic leukemia in the setting of hema- tion. Copyright® 2003 The Nobel Foundation.
topoietic stem cell transplantation. Oncologist http://www.nobel.se/medicine/nomination/da- 6 Drusano GL: Prevention of resistance: A goal for dose selection for antimicrobial agents. Clin 11 Sörgel F: World Conference on Dosing of An- 2 Burstein GR, Workowski KA: Sexually trans- Infect Dis 2003;36(suppl 1):S42–S50.
tiinfectives: ‘Dosing the Magic Bullets’. Cele- mitted diseases treatment guidelines. Curr 7 Andes D, Craig WA: Animal model pharmaco- brating the 150th Birthday of Paul Ehrlich, the kinetics and pharmacodynamics: A critical re- ‘Founder of Chemotherapy’, September 9–11, 3 Rekart ML, Patrick DM, Chakraborty B, Ma- view. Int J Antimicrob Agents 2002;19:261– ginley JJ, Jones HD, Bajdik CD, Pourbohloul B, Brunham RC: Targeted mass treatment for 8 Polk R: Can we use the clinical pharmacology 12 Sanchez I, Mahlke C, Yuan J: Pivotal role of syphilis with oral azithromycin. Lancet 2003; of antibacterial drugs to predict (and prevent) oligomerization in expanded polyglutamine the propensity for development of antimicro- neurodegenerative disorders. Nature 2003; 4 Kingston M, Carlin E: Treatment of sexually bial resistance? Presented at the 103rd General transmitted infections with single-dose thera- Meeting, American Society for Microbiology Annual Meeting, Washington, D.C., May 21, 9Lara LF, Cisneros G, Gurney M, Van Ness M, Jarjoura D, Moauro B, Polen A, Rutecki G,Whittier F: One-day quadruple therapy com-pared with 7-day triple therapy for Helicobac-ter pylori infection. Arch Intern Med 2003;163:2079–2084.

Excerpt taken from Depression Thirty-year old Kate had been feeling increasingly depressed. She had consulted a psychiatrist who told her (in an echo of my own case) she had a “chemical imbalance.” She was prescribed Zoloft and when small doses didn’t help her mood, she was increased to maximum dose. This high dose upset Kate, who mentioned she felt uncomfortable taking medication