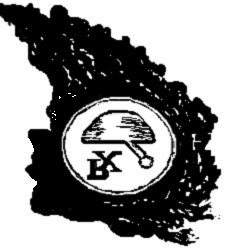 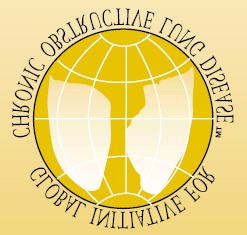 Newsletter of the New Hampshire Society of Health-System Pharmacists
www.nhshp.org
Breathe Easier: New COPD Guidelines Released
By: Amy Brooks, Pharm.D. Candidate MCPHS, Manchester campus In 2001, the Global Initiative for Chronic Obstructive Lung Disease (GOLD) came out with their first consensus report Global Strategy for the Diagnosis, Management, and Prevention of COPD. Now, 5 years later, they have released a new consensus report to incorporate publications that have been released since 2001. Management of chronic stable COPD is aimed at preventing and controlling symptoms, reducing exacerbations, and improving health status; no medication has been shown to halt the progression of the disease. Short-acting inhaled bronchodilators are the preferred initial management of chronic stable COPD, and are recommended for use in Stage I Mild COPD. Theophylline has been shown to be effective, but because of its risk of toxicity, the inhaled bronchodilators are preferred. There is no specific evidence supporting the use of any one inhaled bronchodilator over another; therefore, the choice between an in- haled ß2-agonist, anticholinergic agent, or combination therapy should be patient specific. Regular treatment with long-acting bronchodilators, such as salmeterol or tiotropium, is more effective and convenient than regular treatment with short-acting bronchodilators. It is recommended that a long-acting bronchodilator be added to the treatment regimen of patients with Stage II Moderate COPD when as-needed use of short-acting bronchodila- tors no longer controls their daily symptoms. Inhaled glucocorticoids are reserved for Stage III and IV COPD only. They are appropri-ate for use in symptomatic patients with an FEV1 <50% predicted who experience fre- quent exacerbations. Regular treatment with inhaled glucocorticoids does not slow the progressive decline in FEV1 seen in COPD patients, but it has been shown to reduce the frequency of exacerbations and therefore improve health status. When added to a long- acting bronchodilator, the combination has been shown to be more effective than either agent used alone. For exacerbations of COPD, short-acting bronchodilators should be utilized as the pri- mary therapy. Inhaled ß2-agonists are preferred, but an anticholinergic agent can be added if symptoms do not improve rapidly. In addition to bronchodilator therapy, oral or IV glucocorticoids are recommended. A specific recommended dose has not been deter-mined, but 30-40 mg of oral prednisolone daily for 7-10 days has been shown to be safe and effective. Prolonged treatment with oral glucocorticoids is not recommended because it provides no further increase in efficacy and is associated with an increased risk of side Tegaserod (Zelnorm) Withdrawn
Pergolide (Permax) Withdrawn
Tegaserod was approved in 2002 for the short Pergolide is a dopamine agonist approved in 1988 term treatment of constipation predominant irrita- as an adjunct to levodopa in patients with Parkin- ble bowl syndrome (IBS) and later in 2004 for son’s disease. After several reports of valvulopathy chronic constipation in adults over the age of 65. (abnormality of cardiac valves), warnings were On March 30th of this year, Novartis voluntarily added to the labeling information for pergolide in discontinued the marketing of tegaserod due to 2003. Last year, this warning was upgraded to a increased risks of cardiovascular (CV) events. Black Box Warning due to increasing reports of Postmarketing analysis of earlier trials have concluded that are valvular heart disease. Two studies published in the New England higher rates of serious CV events, such as angina, myocardial Journal of Medicine in January 2007 further confirmed this problem. infarction, and stoke in patients who took tegaserod compared In light of this information, the drug was withdrawn on March to placebo. The mechanism of CV ischemia is unknown. 29th. Currently, there are 3 dopamine agonists not known to cause valvulopathy (pramipexole, ropinirole, apomorphine).

Rx-Files
2007 Officers
Antibiotics are utilized in exacerbations when signs of infection are evident. Current evidence President
supports the use of antibiotics in COPD exacerbations when patients have the following three cardinal symptoms: increased dyspnea, increased sputum volume, and increased sputum puru- lence. The choice of antibiotic depends on severity of exacerbation and risk factors for a poor President Elect
outcome. For mild exacerbations, ß-lactams (penicillin, amoxicillin), doxycycline, and Bactrim are recommended. For more severe exacerbations, a ß-lactam/ ß-lactamase inhibitor Secretary
(Augmentin, Unasyn) or fluoroquinolone is recommended. Oral administration is preferred over IV if possible, and the recommended length of therapy is 3-7 days. Treasurer
Ed Rippe
Immediate Past President
Jack Brown
Rosiglitazone in the News
Board Members
Avandia® (rosiglitazone), a thiazolididinedone (TZD), is a oral agent commonly used to treat type II diabetes mellitus. It has been publicized in recent weeks for a meta-analysis that was published online from the New England Journal of Medicine on May 21, 2007. It indicates that rosiglitazone increases the risk of myocardial infarction (MI) compared to placebo or other medications used to treat type II diabetes. Over the next several months, you may find that your patients will ask you to explain these findings. WEBSITE:
The 42 trials included in the meta-analysis were all randomized trials with a duration of therapy of greater than 24 weeks. The authors concluded that there is a significant increase in the risk of NEWSLETTER:
Society Update
analysis were not intended to assess • ASHP’s Summer Meeting is quickly approach-
ing. This year, it is taking place in San Fran-
cisco from June 24-27. Thanks to Dave Depiero
[email protected] words, the studies were not ade- and Steve Kavadias for representing us as state
delegates!!
in risk of MI. Despite the obvious • Call for Nominations! We are seeking nomina-
tions for the 2007 Bowl of Hygeia award. Got
NHSHP is the state affiliate tients and healthcare providers someone in mind? This year, this coveted award
will be presented at the NH Board of Pharmacy
annual 50 year Golden Certificates ceremony.
Nominations due by August 31, 2007.
other TZD and if you’re wondering if • STUDENTS!! It’s that time again. Apply for
this is a class effect, the jury is still our Richard Madden scholarship. Check our
A Special Thank You out. Evidence has suggested that it’s website for details on the application process.
to our CORPORATE probably not a class effect. In fact,
Deadline for applications is July 31, 2007
studies have indicated that it RE- SPONSOR:
We continue to work with our legislative lobby-
ist on pharmacy related bills. Updates on bills in
the House and Senate that we are tracking can be
found our website. Check it out!
N Engl J Med 2007;356. Published • SAVE THE DATE
ahead of print at www.nejm.org. Our Annual Fall Seminar will take place on
October 8, 2007 at the Grappone Center in Concord

Introduction Max Travers and Dave Calvey in systems design at the universities of Conceptualising Ethnography tradition that has most respectability in identities of the speakers, their motives the issue of ‘usefulness’. John Hughes analysis has, on the face of things, little conversation analysis, but it is not the "canonical" variety, and is geared to chemistry or