Published online on 21 August 2012 J Telemed Telecare, doi: 10.1258/jtt.2012.120105
Q Evaluation of a telemedical care programme Frank Marzinzik, Michael Wahl, Christoph M Doletschek,Constanze Jugel, Charlotte Rewitzer and Fabian Klostermann Department of Neurology, Charite´ - University Medicine Berlin, Germany SummaryWe reviewed a telemedicine-based care model for drug optimization in Parkinson’s disease. In this model patients sendvideo recordings made in the home to the treating team via the Internet. These serve as the basis for making therapeuticdecisions, in particular drug adjustments. Data from 78 patients were analysed with respect to outcome, methodacceptance and management of the procedure. During the 30-day telemedicine programme, the patients recorded anaverage of 3.2 videos per day. The patients’ motor score on the Unified Parkinson’s Disease Rating Scale (UPDRS) was31 points at enrolment and three months after ICP termination it was significantly lower at 24 points (P , 0.01), i.e. therewas less impairment. The patients rated their condition better at the end than at the beginning of the programme: ona 6-point scale, the mean rating at the beginning was 3.2 and the mean rating at the end was 2.8 (P , 0.001). A blindedinvestigator rated the patients’ videos on the same scale: at the beginning the mean score was 3.0 and at the end itwas 2.8 (P , 0.05). The information from the questionnaire showed overall acceptance and practicability of the method.
Both patients’ and neurologists’ use of the method was high. The method seems to be feasible for therapy optimizationin Parkinson’s disease, and of particular interest for patients with complex conditions who do not necessarily have toundergo hospital treatment.
In the integrated care programme for Parkinson’s disease(ICP), outpatient neurologists work together with hospital Parkinson’s disease (PD) is characterized by the chronic experts in the evaluation and treatment of PD patients on progression of various, individually composed motor and the basis of standardized videos. The recordings are made non-motor deficits.1 Problems in PD often arise from the with a camera installed in the patient’s home to capture drug therapy for the movement disorder. During the early distinct motor states at several times per day. This provides a stages, the regular intake of dopaminergic medication representative picture of individual motor profiles. The provides good control of motor symptoms and severe video recordings are automatically sent to the treating team therapeutic complications are uncommon. However, via the Internet and serve as the basis for making 5 –10 years after the start of treatment, drug responsiveness therapeutic decisions, in particular drug adjustments.
usually wears off and about 30% of PD patients develop Patients are admitted to the ICP by their treating diurnal fluctuations with increasing hypokinetic and/or neurologists if they experience fluctuations despite regular dyskinetic phases. This leads to increased hospital drug updates and against the background of a previously stable motor condition. Patients visit the regional clinic for It is likely that fewer PD patients would require inpatient ICP where an expert in movement disorders confirms the treatment if modern communication devices could be used diagnosis of PD and rates it using the Unified Parkinson’s in making the necessary therapeutic changes.2,3 In this Disease Rating Scale (UPDRS), Hoehn & Yahr and context, a telemedicine-based integrated care programme neuropsychological scores (for details see Table 1). Patients for patients with Parkinson’s disease is of interest. The are taught how to start video sequences and to respond to programme is reimbursed by a number of public health the instructions, delivered via a voice system during each After being admitted to the ICP, a commercial system provider (MVB – Medizinische Videobeobachtung GmbH) Correspondence: Fabian Klostermann, Department of Neurology, Charite´ - installs the necessary equipment in the patient’s home. This University Medicine Berlin, Campus Benjamin Franklin, 12200 Berlin, Germany(Fax: þ49 30 8445 4264; Email: ) comprises a camera on a tripod, adjusted to capture pictures Journal of Telemedicine and Telecare 2012: 1 – 6 Copyright 2012 by the Royal Society of Medicine Press 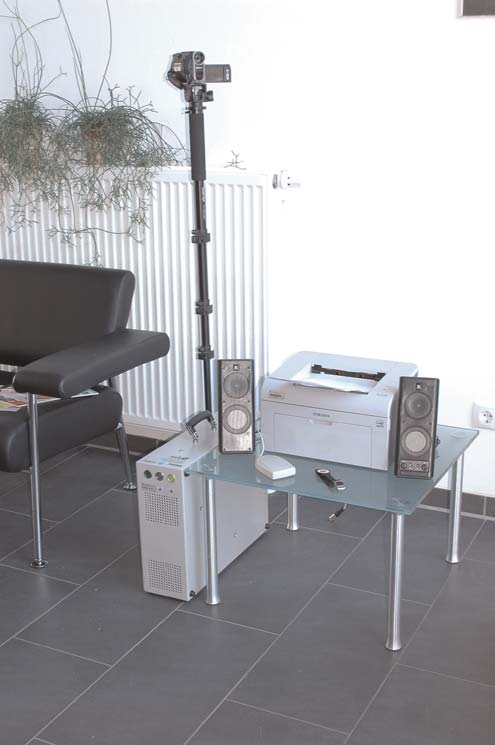 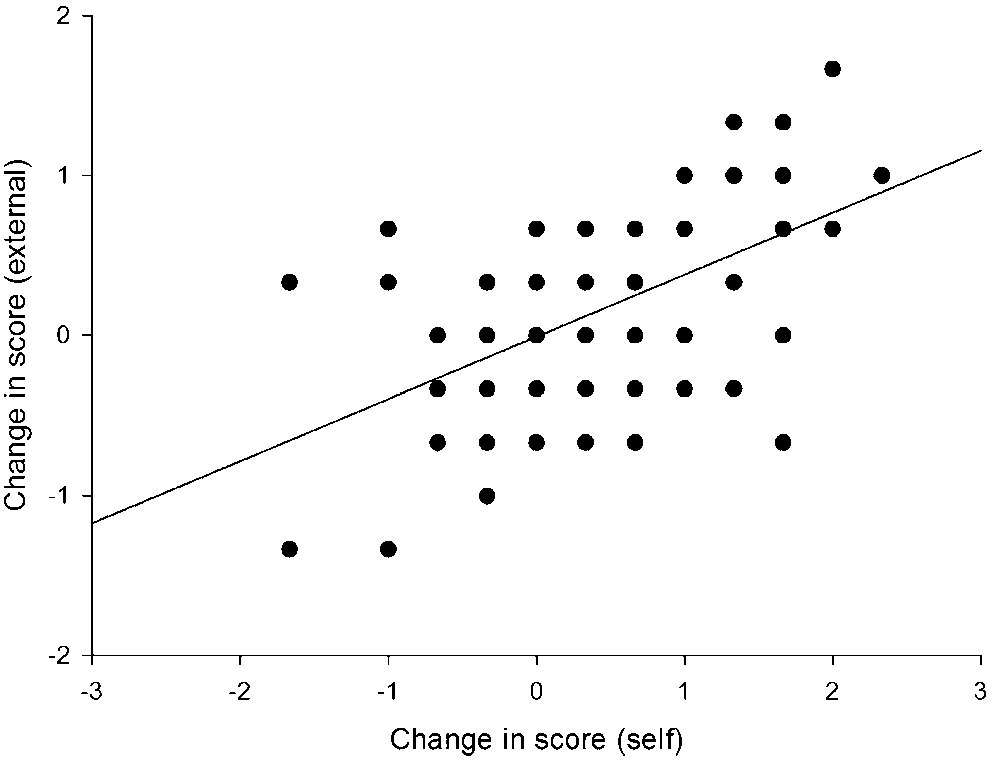 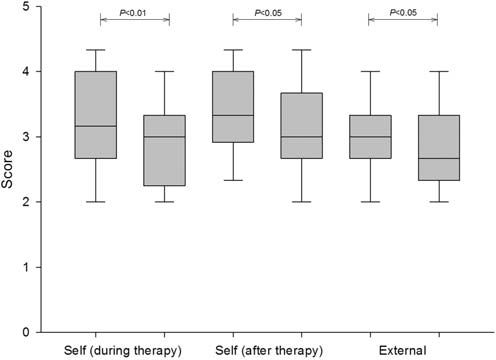 F Marzinzik et al. Telemedicine in Parkinson’s disease Table 4 Frequencies of responses (%) as provided in questionnaires by 77 patients 1 Could you start the camera on your own? 2 Did you need assistance for any of the procedures? 3 Were your complaints captured better than in a hospital stay for PD? 4 Were your complaints captured better than in an ordinary outpatient visit? 6 Would you recommend the therapy to other PD patients? 9 Did the therapy disturb daily routines? 13 Could you explain your symptoms to your doctor? 14 Are you content with the therapeutic steps taken during the procedure? videos three months after ICP, the patients also evaluated The significance of the rated improvements was due to themselves better in the videos from the end than from the relatively large changes in patients who had benefited from beginning of ICP (rating at beginning vs. end: 3.4 SD 0.8 vs.
ICP (‘responders’) as opposed to similarly moderate changes 3.1 SD 0.7, P , 0.05). This was also true of the blinded in patients with negative outcome ratings or no change investigator (rating at beginning vs. end: 3.0 SD 0.7 vs. 2.8 (‘non-responders’), both according to the patients and SD 0.7, P , 0.05). Although on average being highest for the according to the external investigator. Non-responders were patients during ICP, the rated change of initial vs. end approximately as frequent as responders with 38/51/50% ICP condition did not significantly differ, whether non-responders (unchanged: 17/18/18%, worsened: 21/33/ performed by the blinded investigator or by the patients, be 32%) and 62 /49 /50% responders due to the patients in/ it during or after the programme. Furthermore, the change after ICP/the blinded investigator. The distribution of rated by the patients during ICP was moderately correlated rated changes of initial versus end ICP conditions is with the respective changes, as rated by the patients shown in Figure 4 separately for non-responders and after ICP (r ¼ 0.5, P , 0.01) and by the blinded investigator (r ¼ 0.6, P , 0.01; Figure 2). The distribution of the ratings Differences between responders and non-responders from the beginning versus the end of the programme is appeared to prevail with respect to baseline medication and shown in Figure 3 for the patients during/after ICP and for medication change throughout ICP. According to the Figure 3 Self-ratings by the patients during and after ICP, and theratings by the blinded investigator (external) on a scale from1 (best) to 6 (worst). The ratings were made from three recordings Figure 2 Changes in the self-rated patient scores (abscissa) and the at an early and a late ICP phase. (Early interval ¼ day 2 –4; late scores of the blinded investigator (ordinate). The ratings were made interval ¼ day 27 –29). In the box plots, the boundary of the box from three recordings at an early and a late ICP phase. (Early closest to zero indicates the 25th percentile, a line within the interval ¼ day 2– 4; late interval ¼ day 27– 29). Thus negative values box marks the median, and the boundary of the box farthest from indicate worsening and positive values indicate improvement zero indicates the 75th percentile. The whiskers (error bars) above throughout the programme. These values were weakly correlated and below the box indicate the 90th and 10th percentiles 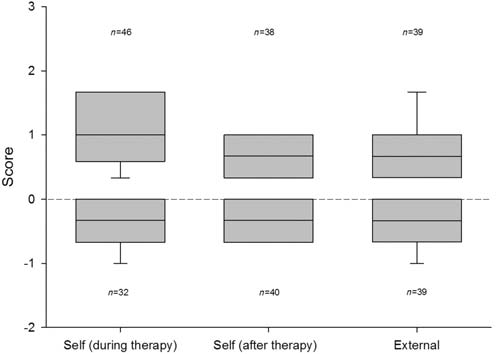 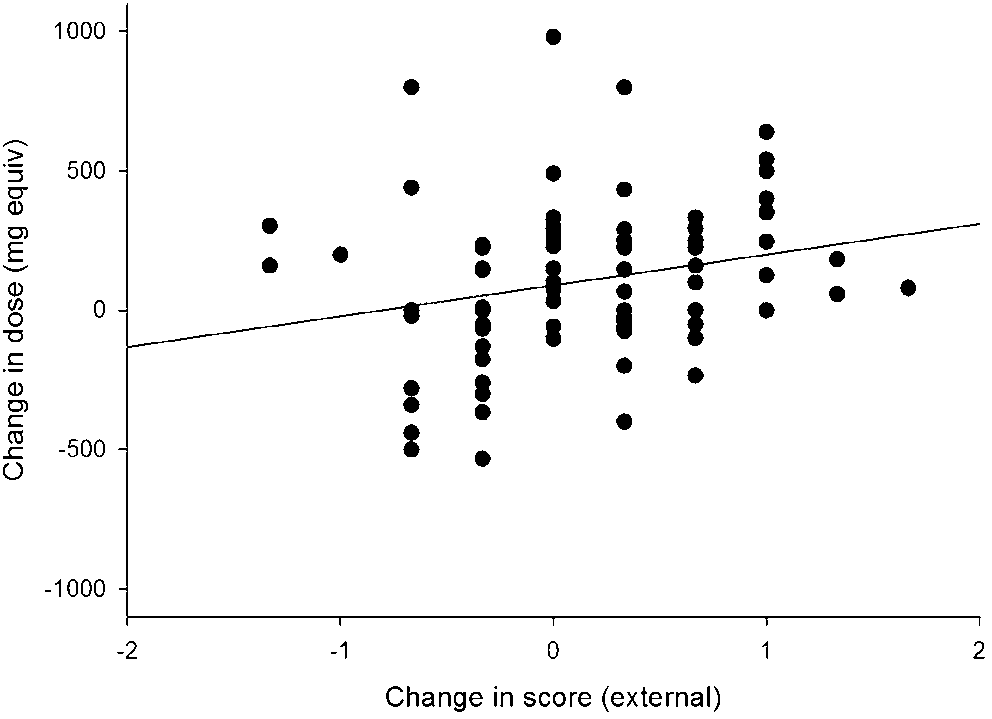