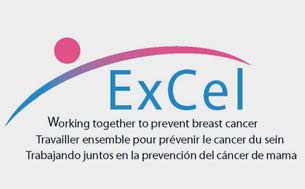 Do the results of STAR affect the appropriateness of the ExCel research study?
No. Based on the STAR results tamoxifen and raloxifene seem to be equally effective at reducing the
incidence of invasive breast cancer:
o nothing has changed from the standpoint of the rationale of ExCel. o raloxifene and tamoxifen appear to have a few different outcomes, some favorable for raloxifene, some favorable for tamoxifen. The choice is not quite clear, EXCEPT that: o tamoxifen remains the standard for prevention of breast cancer in pre-menopausal women. o in women who have had a hysterectomy, it is hard to pick a winner between these two drugs. o aromatase inhibitors (AIs), one of which, exemestane, is being studied in ExCel, have been shown to be more effective than tamoxifen in all settings in the adjuvant treatment of breast cancer, in particular at preventing the occurrence of contralateral breast cancer (cancer in the opposite breast). o therefore, AIs are likely to be more effective than tamoxifen and raloxifene in preventing breast cancer from developing in the first place.

What were the STAR results in terms of reducing breast cancer risk?

Is it still ethical to have a placebo control arm on ExCel?

Yes. It is important to compare a new treatment to placebo (no treatment) in order to determine the
true efficacy and side effects of the drug, both positive and negative in healthy women. While there is
every reason to believe that exemestane will reduce the risk of developing breast cancer, it is not
known how much it will reduce this risk and whether the benefit is enough to balance whatever side
effects the drug will cause with long term use.

Were the side effects better with raloxifene?

In terms of side effects, raloxifene causes blood clots (although apparently less frequently than
tamoxifen) but does not appear to cause endometrial cancer while tamoxifen does. Frequency of
cardiovascular events (i.e stroke, myocardial infarction) was the same for both drugs.
Importantly, the only statistically significant difference between the drugs was frequency of cataracts
and endometrial hyperplasia (abnormal thickening of cells that line the uterus) which favored
raloxifene.

How many women had bone fractures during the STAR trial?

Women in the tamoxifen group and women in the raloxifene group had similar numbers of bone
fractures of the hip, wrist, and spine. It is interesting that raloxifene did not get a better result than
tamoxifen with respect to bone health. Tamoxifen has never been approved for this use, and yet it
worked almost as well as raloxifene in this study.
One explanation for this could be that a known problem with raloxifene as an osteoporosis drug is that
it doesn’t do the one thing that is most important to patients: preventing long bone fractures. In this
respect, bisphosphonate drugs (such as Fosamax, Aredia, Actonel) continue to work better.

Why would a woman at increased risk for breast cancer, and needing treatment for thin bones,
join ExCel instead of taking raloxifene?

For the majority of cases, a bisphosphonate drug is a better treatment for osteopenia or osteoporosis
(thinning bones) than raloxifene. Only a minority of women would choose raloxifene as the optimal
way to improve bone health. The side effect profile of raloxifene still includes thromboembolism and
the risk of fatal pulmonary embolism (blood clots). In contrast, exemestane with a bisphosphonate will
likely reduce breast cancer risk significantly, while bone health is still maintained.
Efficacy is the main purpose of breast cancer prevention studies and indirect data from contralateral
breast cancer rates suggest that the AI’s will be far more effective than tamoxifen or raloxifene at
preventing breast cancer.

Raloxifene and tamoxifen now look like similar drugs and there are no big differences in
tolerability or effect on bones. However, like tamoxifen, raloxifene does cause
thromboembolism in women. Why would a woman risk going on a trial with raloxifene?
In the end, a woman at risk of developing breast cancer is the one who has to decide whether she
wants to take a SERM (Selective Estrogen Receptor Modulator), such as raloxifene and tamoxifen, to
prevent this disease knowing the risks of these drugs.
The most important research question for women who choose to take a SERM is whether an AI would
provide equal or better protection against developing breast cancer, but with fewer side effects.
However, many women do not want to expose themselves to the risks of taking a SERM and for them
a trial like ExCel that compares an AI to no intervention addresses the most important question.

What are the known side-effects or risks associated with exemestane?

Aromatase inhibitors have fewer important side effects than tamoxifen and raloxifene, which are both
known to cause thromboembolism. Exemestane is well-tolerated and side effects associated with this
treatment are generally predictable and manageable. The most frequent side effects from taking
exemestane are an increase in menopausal symptoms such as hot flashes and vaginal dryness as
well as mild fatigue. In addition, exemestane, along with other AIs can cause bone pain and joint
stiffness and may increase blood pressure in some patients. Exemestane, along with other AIs, is
known to cause a reduction in bone density. However, there are data that suggest long term effects of
exemestane on bones may be less than other AIs.