L. I. Alvarez, M. L. Mottier and C. E. Lanusse concentrations achieved in F. hepatica in the dif-ferent assayed incubation media, for each drug(ABZ, FBZ or TCBZ) and at each incubation time(60 and 90 min), was performed by analysis of vari-ance (ANOVA) ; (b) Student’s t-test was used tocompare drug concentrations obtained at 60 and90 min of incubation in the diﬀerent incubation asciola hepatica
media. The statistical analysis was performed using F
the Instat 3.0 Software (Graph Pad Software, SanDiego, California). When ANOVA was employedand a signiﬁcant F value was obtained, Tukey’srange test was performed to indicate order of sig- (nmol/100 mg protein)
Drug concentrations in
The 3 molecules investigated were detected in F.
hepatica after their ex vivo incubation. The amountsof ABZ, FBZ and TCBZ recovered from F. hepaticaincubated in the absence of bile were signiﬁcantlygreater than those obtained with media containingbile (100, 75, or 50 %). The comparison of the drugconcentration proﬁles recovered in liver ﬂukes in- asciola hepatica
cubated with ABZ and FBZ in media with diﬀerent F
composition is shown in Fig. 1. The highest con-centration values for ABZ (20.1¡8.15 nmol/100 mgprotein) and FBZ (13.5¡4.06 nmol/100 mg protein)were measured in ﬂukes incubated in the absence of (nmol/100 mg protein)
bile. In the presence of bile in the incubation me-dium (100 % bile), TCBZ concentrations recovered Drug concentrations in
from the ﬂukes ranged between 0.32¡0.07 and0.47¡0.17 nmol/100 mg protein. Those TCBZ con-centrations have a signiﬁcant enhancement in theincubations without bile, reaching values up to7.48¡2.62 (60 min) and 8.76¡3.16 (90 min) nmol/ Fig. 1. Comparison (mean¡S.D.) between albendazole 100 mg protein. There was a positive correlation (ABZ) and fenbendazole (FBZ) concentrations (nmol/ between the percentage of KRT buﬀer in the 100 mg protein) measured in Fasciola hepatica incubated incubation medium and the drug concentrations with diﬀerent proportions of ovine bile.
measured in F. hepatica, with high correlation coef- concentrations are signiﬁcantly diﬀerent from those ﬁcients obtained for ABZ (>0.81), for FBZ (>0.88) Although all drugs penetrated the trematode’s tegument, the rates of penetration were diﬀerent. In slightly greater FBZ lipid solubility (compared to all cases, the concentrations of the most lipophilic ABZ) may have to be taken into account to explain BZD methylcarbamates (FBZ, ABZ) recovered in why the extension of the incubation time up to F. hepatica were higher than those of TCBZ. The 90 min allowed its recovery at higher concentrations partition coeﬃcients (Log P) obtained for FBZ, ABZ in ﬂukes incubated in the presence of bile at 25, 50 and TCBZ were 3.99, 3.82 and 3.48, respectively.
and 75 % of the total medium composition. Inter- The relative ability of ABZ and FBZ to penetrate estingly, the amount of ABZ recovered from into the liver ﬂukes incubated in diﬀerent media F. hepatica incubated exclusively in ovine bile after 60 and 90 min is presented in Fig. 1. After (100 %) was between 32 % (90 min) and 220 % 60 min of incubation, the amount of ABZ recovered (60 min) higher than that measured for FBZ.
from the parasite was signiﬁcantly greater than that Despite the diﬀerences in the amount of FBZ re- of FBZ, regardless of the composition of the incu- covered in F. hepatica between 60 and 90 min of bation medium. However, the length of drug incu- incubation, the length of the incubation period did bation for the ﬂukes seems to play a role, as some not signiﬁcantly aﬀect the drug concentration pro- diﬀerences in the uptake pattern between ABZ and ﬁles of both ABZ and TCBZ recovered within the FBZ were observed after 90 min of incubation. The 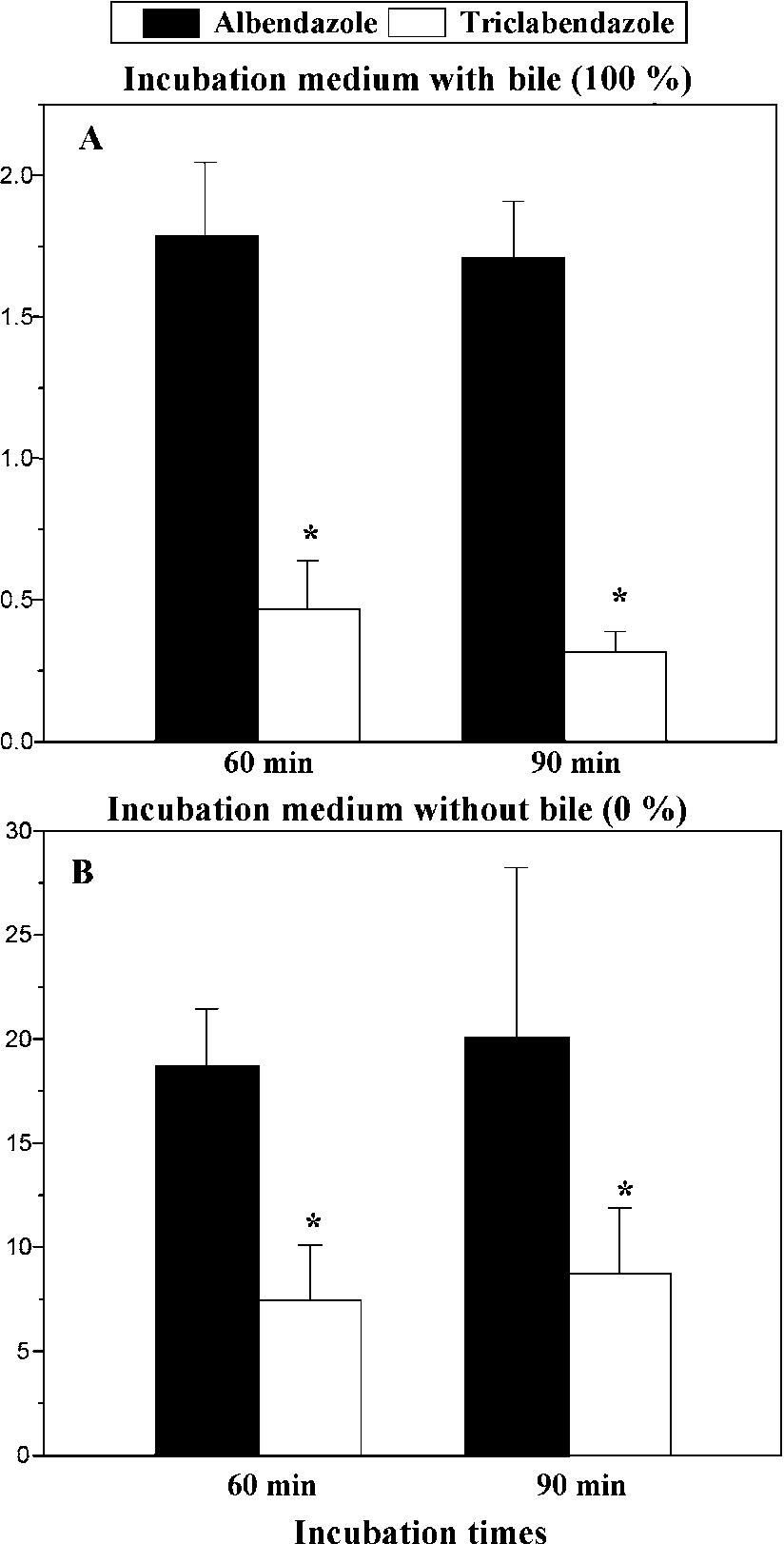 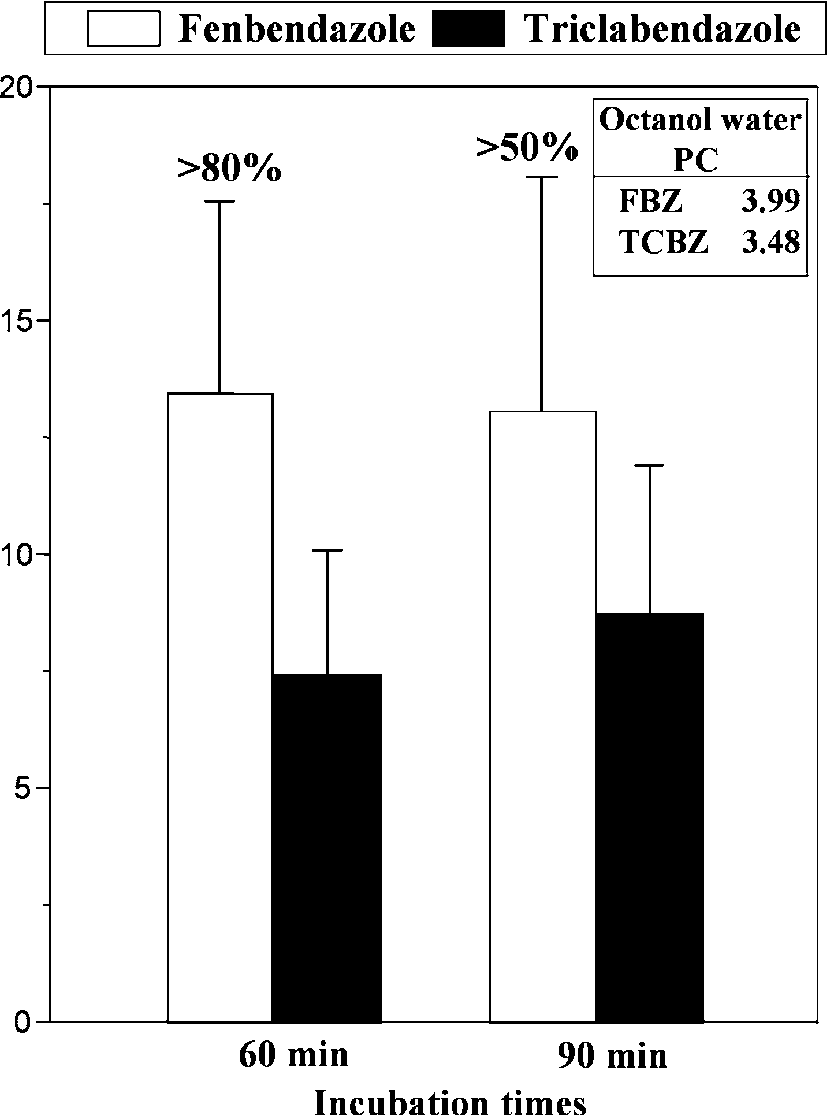 Influenza Vaccine Consent (Please Print) Clinic Location: Health Question Health Question 1) Are you being treated for an infection today? 6) Do you have any chronic cardiac, pulmonary or diabetic 7) Do you have an active neurological disorder? 3) Have you received an influenza (flu) vaccine before? 8) For Agriflu , are you allergic to: Note: Children under nine years o