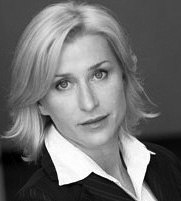 regular cash flows we intended this business to underwrite the Company’s overheads.
The 2012 financial year has been transforming for Cellmid as we have achieved a number of critical milestones in the areas In late 2010 we embarked on a test-marketing program and of diagnostics, therapeutics and personal care. began learning about the hair growth sector, market need, perceptions and pricing. By late 2011 we established that We have commenced commercial sales of our over-the- there was a genuine need for a scientifically and clinically counter (OTC) hair growth products in our personal care validated, effective and safe hair growth product that can be subsidiary Advangen International Pty Ltd. Humanising the used by men and women. We also found out that the last first-in-class anti-midkine antibody (hu91) was a major achieve- time a regulatory approved topical product was released to ment for our antibody program, whilst GMP manufacturing the market was in 1988, some 24 years earlier. That product and CE Marking our midkine (MK) blood test (MK-ELISA) set was minoxidil, the vasodilator that was originally developed as us on the right path to commercialise our cancer diagnostic At this point we knew we had a hair growth product that ticked On the EGM held on 30 September 2011 the majority of all the boxes; it had a very clear mechanism of action inhibiting our shareholders voted down the resolution to issue further FGF-5. It was effective as demonstrated by the clinical trials shares to La Jolla Cove Investors under the facility signed a that delivered 32% reduction in hair loss and 18% increase year before. Whilst the money from the facility was useful as in the rate of hair growth. There have been no reported side it made it possible to progress with the product development effects in Japan following three years of marketing so we programs it has resulted in the erosion of our share price. The knew the products have excellent safety profile. facility was eventually terminated in February 2012 and the final share issue to La Jolla Cove Investors was made on 20 Even so, it took extraordinary team work by our staff to receive TGA listing certificates for both the men and women’s product, to transfer the technology into Australia, complete Since then Cellmid raised $1.4M in April 2012, of which $1M GMP manufacture, launch the product in pharmacies and was received by 30 June 2012 ending the financial year with receive the first commercial purchase order from one of the a cash balance of $1.05M. The remaining $400,000 was biggest buying groups within nine months from completing received post balance date in July 2012. Our revenue was slightly up to $171,273 for the year In February 2012 after three months of data collation and ($152,047 in 2011). This amount included a small initial order submission preparation Advangen’s first Australian products, of the évolis® hair growth products, which related to supply to ‘évolis® for men’ and ‘évolis® for women’ hair growth tonics, received listing certificates from the TGA. This meant that important claims such as “promotes hair growth”, “helps The consolidated net loss of the group amounted to reduce hair loss and thinning” and “restores the natural growth $1,972,483, after providing for income tax. This represents a cycle by inhibiting FGF-5” can now be listed on the packaging. 15% decrease on the losses reported for the year ended 30 June 2011 ($2,269,637). This result was achieved during a During our media launch on 29 March 2012 we advised the period when the Advangen business has grown rapidly and market that after 24 years there is a clinically validated hair transformed from test marketing to getting regulatory listing, growth product with a clear mechanism of action that is completing GMP manufacture and commercially launching safe to use for all ages and for both men and women. Most importantly, we set up a quick succession of meetings with pharmacy banner group buyers, where the reception was Advangen International Pty Ltd – OTC pharmacy business uniformly enthusiastic. Our staff was understandably elevated when the first significant order came through from Terry White At the time we negotiated the exclusive manufacturing and Chemists at the very end of the financial year.
distribution agreement for the FGF-5 inhibitor hair growth products we have done so with the specific strategic objective It is difficult to predict sales at this stage and we do not expect of mitigating risks for the Company. By eventually providing to come out with forecasts for the first full year of sales. There

Viagra alternatives for Erectile Dysfunction and Herbal ViagraImpotence or erectile dysfunction as it is often referred to can occur to men of different age groups and belonging to different walks of life. There aremany possible reasons why sexually active men fail to have a proper erection or sustain it to ensure satisfactory sex occurs. While in older agedpeople the reasons could be related t