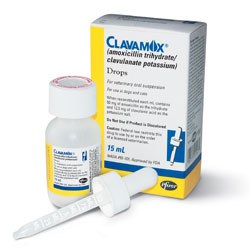 Antibiotics - Some Facts
When bacteria invade the body, a bacterial infection is present. Often, the bacteria are removed by our own immune system before there are any obvious signs of disease. But if bacteria multiply faster than our immune system can destroy them, an infectious disease develops. An infectious disease is treated by drugs that harm the bacteria, either by killing them or by preventing them from multiplying, without harming the host. These drugs are called antibiotics.
Many people simply use the term antibiotics to apply to the broad group of drugs that prevent the spread of or kill microorganisms. Sometimes, though, a finer distinction is made. An antimicrobial is a drug that kills (or inhibits the multiplication of) microbes or microorganisms. Bacteria, fungi, viruses, and protozoa are all microbes. Antibiotics, however, kill only bacteria. They have no eﬀect on viral or fungal disease.
An antibiotic such as penicillin, is a bactericidal. This type of antibiotic kills bacteria. A bacteriostatic antibiotic, such as tetracycline and erythromycin, stops the bacteria from multiplying. After the invading bacteria stops multiplying, the body's natural defenses usually kills the existing bacteria.
Modern veterinary medicine … Old fashioned care

The discovery and development of antibiotic drugs are two of the most important therapeutic advances of the twentieth century. Since then, antibiotics have dramatically changed the course of many illnesses (both in humans and in animals) from almost certain death to little more than an inconvenience.
The problem of resistance to antibiotics is very serious. Very often, an animal is treated successfully with amoxicillin (the most commonly-prescribed small animal veterinary drug in the United States) on three separate occasions for three diﬀerent infections. Then, amoxicillin doesn't work for the fourth infection. Since diﬀerent antibiotics have diﬀerent spectra of activity (they only work on certain bacteria), this particular bacteria may not be sensitive to amoxicillin.
Another problem with antibiotic resistance occurs when an animal is treated for the same infection several diﬀerent times with the same antibiotic. The antibiotic works perfectly during the first two or three episodes; then on the fourth episode, it fails to work. The most likely reason for this is that the organism has become resistant to that particular antibiotic.
Bacteria become resistant to some antibiotics through genetic mutations, which are then passed on to succeeding generations of bacteria. Amoxicillin is ineﬀective against infections from staphylococci, for example, because those organisms have developed resistance to the entire group of penicillin-type antibiotics (called beta-lactamins), including amoxicillin. These bacteria produce an enzyme, penicillinase, which changes the structure of the drug and makes it inactive. This is an example of bacteria developing resistance to antibiotics by inactivating the drug via specific enzymes. There are other mechanisms by which bacteria become resistant to antibiotics. These include alterations in the bacterial target enzyme as well as changes in the ability of the drugs to accumulate in or on the bacteria.
Modern veterinary medicine … Old fashioned care 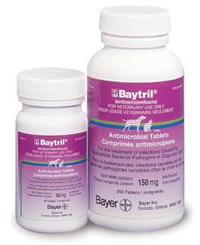 Important things to remember when your pet is taking antibiotics:
1. Antibiotics need to be given at specific time
Even though it may be diﬃcult to give a medication every six or eight hours, it is necessary in order for these medications to work properly. 2. Antibiotics need to be given for a particular duration
During the first few days on the antibiotic, our pet usually feels much better. The antibiotic zaps most of the bacteria; however, there are usually still some bacteria left in their system. At this point, if the medicine is discontinued, the surviving bacteria quickly grow and multiply, and may overwhelm our pet once again. Continuing the medication for the full course usually prevents this from occurring. medications to work properly.
3. Antibiotics need to be stored properly so that they do not lose their eﬀectiveness.
Some call for refrigeration, especially those that are liquids. Also, be sure to shake liquid formulas before administering them.
4. It is crucial that you do not begin to give antibiotics to your pet without
first talking to your veterinarian
As a general rule, antibiotics are very safe and have few side effects
Loss of appetite, upset stomach, vomiting and diarrhea are the side eﬀects most commonly
encountered.Occasionally, an animal will develop an allergic reaction to an antibiotic. This
usually occurs within the first 30 minutes after administration. Call us immediately.
Modern veterinary medicine … Old fashioned care