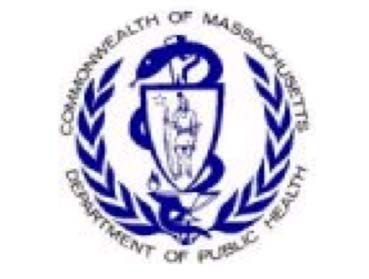 Massachusetts: 45 confirmed cases as of May 6, 2009 at 1100 hrs
**Please see the end of this report for a detailed listing of
confirmed cases

Massachusetts Swine Flu Incident Command Actions:
• Community Health Centers have received their allotment of SNS material today, except for Martha’s Vineyard which is scheduled for tomorrow. • Confirmatory tests of H1N1 influenza are now being performed at the Hinton State Laboratory Institute, with an expected turnaround time of 24-36 hours, depending on specimen load. • DPH staff has continued to work with healthcare distributors regarding antiviral and PPE deliveries within the Commonwealth and held a conference call today, to discuss the issue further. • Update of blog site on MDPH website – May 6, 2009 at 1100 hrs • Mass211 received 242 calls yesterday, which is down from a peak of 521 calls last Friday. Some of the primary questions are: o People want to know about specific cases in their town. (Not possible, o People want to know about what schools are closed in their area. (Local decision, direct to local school district) o General disease information, such as symptoms, and incubation period • ICS staff daily call led by Mary Clark • Conference call with distributors of PPE and antiviral supplies • Under ‘For School and Childcare Professionals’ a memo was added for school and childcare administrators on school closures. The link entitled, "Update Swine Flu Advisory for Schools and Childcare Settings", along with the two translated versions were removed. • Added the following documents: “Coping with Stress; Talking with your Kids” and a “Flu Symptom Checklist” • Added new sub-heading to swine flu page called “Updated Case Count” and also posted a document detailing today’s updated count, which will be updated daily • H1N1 (Swine Flu) Fact Sheet and Home Isolation documents translated into Swahili, French, and Amharic. • John Jacob met with Massachusetts Water Resources Authority (MWRA) and local water/sewer management on situational awareness. • Epidemiologists are fielding over 200 calls per day from providers. A sampling • I have a clinically suspect case. Should I test? • I already collected the specimen. Can you pick it up?
Laboratory Testing:
• May 5, 2009 - 156 specimens received at the Hinton State Laboratory • 823 total specimens have been received at the Hinton State Laboratory since the
Continuing Activity:
• Ongoing surveillance and response to health care reports of influenza-like illness • Participating in daily conference calls with New England/Northeast Health Commissioners and with Centers for Disease Control and Prevention (CDC)
Upcoming Activities
• Clinical group being formed to assist with guidance information • Address protocols for Universities and Colleges • Finalize Antiviral/Mask Distribution Plan for ambulatory care; and college health
For further information go to:
• WHO at http://www.who.int/csr/disease/swineflu/en/index.html Please feel free to circulate this to colleagues and throughout your agency, organization and/or associations. If you have comments, questions or feedback, contact us at (617) 624-5200 or visit the MDPH blog at http://publichealth.blog.state.ma.us/ Confirmed H1N1 Influenza (swine flu)
Update for May 6, 2009, 1100 hrs
Date Confirmed
Hospitalized
Date Confirmed
Hospitalized