AC TRANSIT DISTRICT
GM Memo No. 05-273
Board of Directors

Authorize the General Manager or his designee to execute Amendment #4 to the
AC Transit/ACCMA agreement pertaining to San Pablo Corridor.

Fiscal Impact:
$2 million included in this Agreement for San Pablo Corridor Rapid bus stop
improvements is grant funded through the Alameda County Transportation
Improvement Authority (ACTIA); $122,880 for Transit Signal Priority (TSP) is included in
the District’s FY 2005-2006 budget; and $160,000 for improved Rapid Bus poles is
funded by grants to the San Pablo BRT Rapid and the Telegraph/ International/East 14th
BRT Rapid.
Background/Discussion:
This amendment to the on-going agreement between AC Transit and ACCMA
pertaining to the San Pablo Corridor provides funds to ACCMA for three purposes:
BOARD ACTION:
Approved as Recommended
Approved
Modification(s) [ ]
[To be filled in by District Secretary after Board/Committee Meeting] GM Memo No. 05-273 Subject: Execute Amendment #4 to Transit Priority Cooperative Agreement (San Pablo Corridor) between AC Transit and the Alameda County Congestion Management Agency (ACCMA) Date: December 7, 2005 Page 2 of 2 1. Funding (accepted from ACTIA under a companion GM Memo on this agenda) in the amount of $2 million for San Pablo Corridor Rapid Bus Stop improvements within Alameda County. 2. District budgeted funding for a portion of annual operations and maintenance costs for the San Pablo Corridor, in the amount of $122,000, primarily related to TSP hardware and closed circuit television images provided to Central Dispatch. GM Memo 05-046, as approved by the Board, authorized the General Manager to enter into an Agreement to provide these funds; Amendment #4, which was approved by the ACCMA Board in October, is that agreement. 3. Grant funding in the amount of $160,000 for manufacturing of new Rapid poles. A lengthy process of design and fabrication occurred during 2004-2005, leading to a consensus on a new, more attractive and substantial pole. Since the ACCMA already has the architectural design firm and the fabricator under contract, this Agreement will allow for the prompt manufacture of 125 poles, plus installation costs and spare parts.
This Amendment and these items continue the excellent working relationship between
AC Transit and the ACCMA in implementing various on-street, transit-related projects
for the benefit of our BRT/Rapid projects and the ACCMA’s SMART Corridor projects. 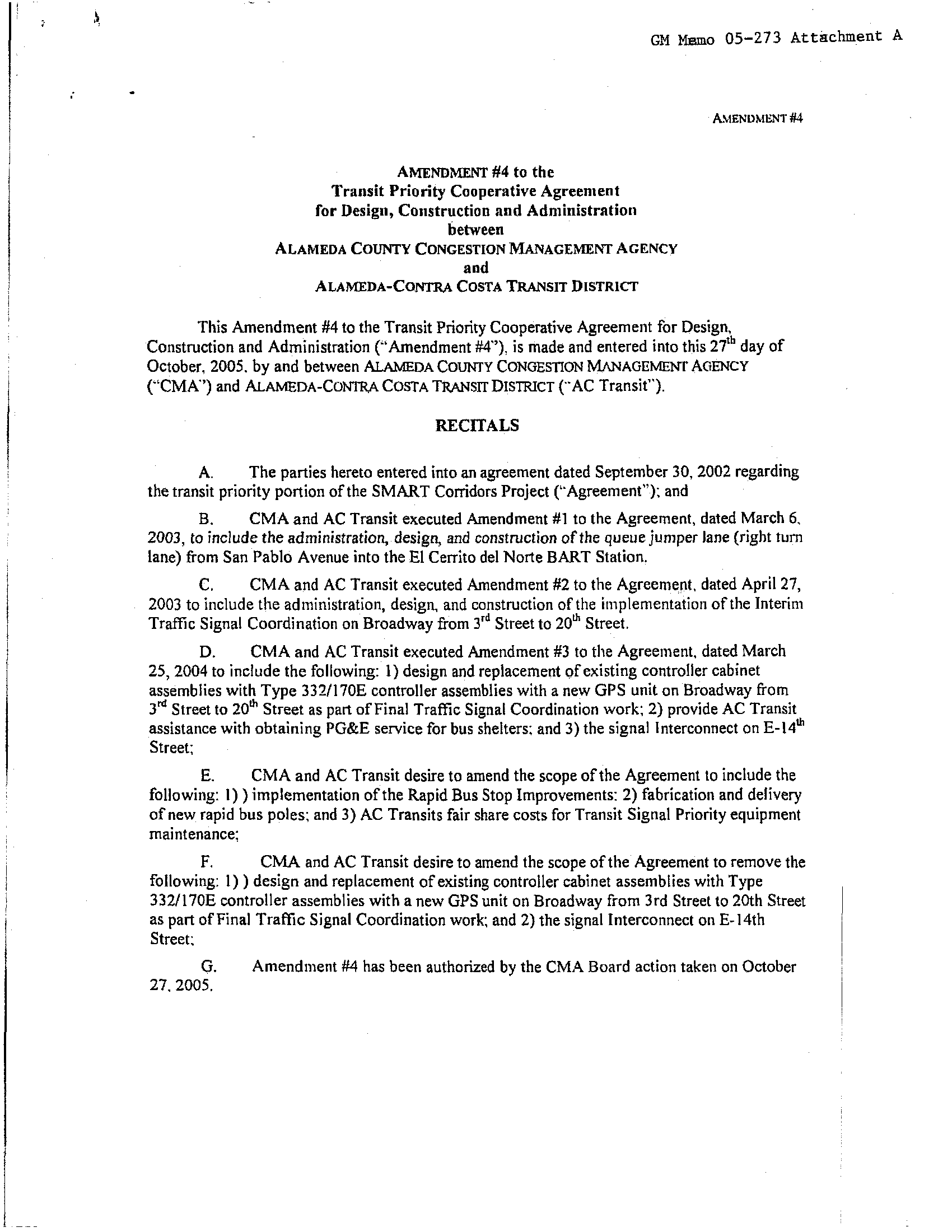 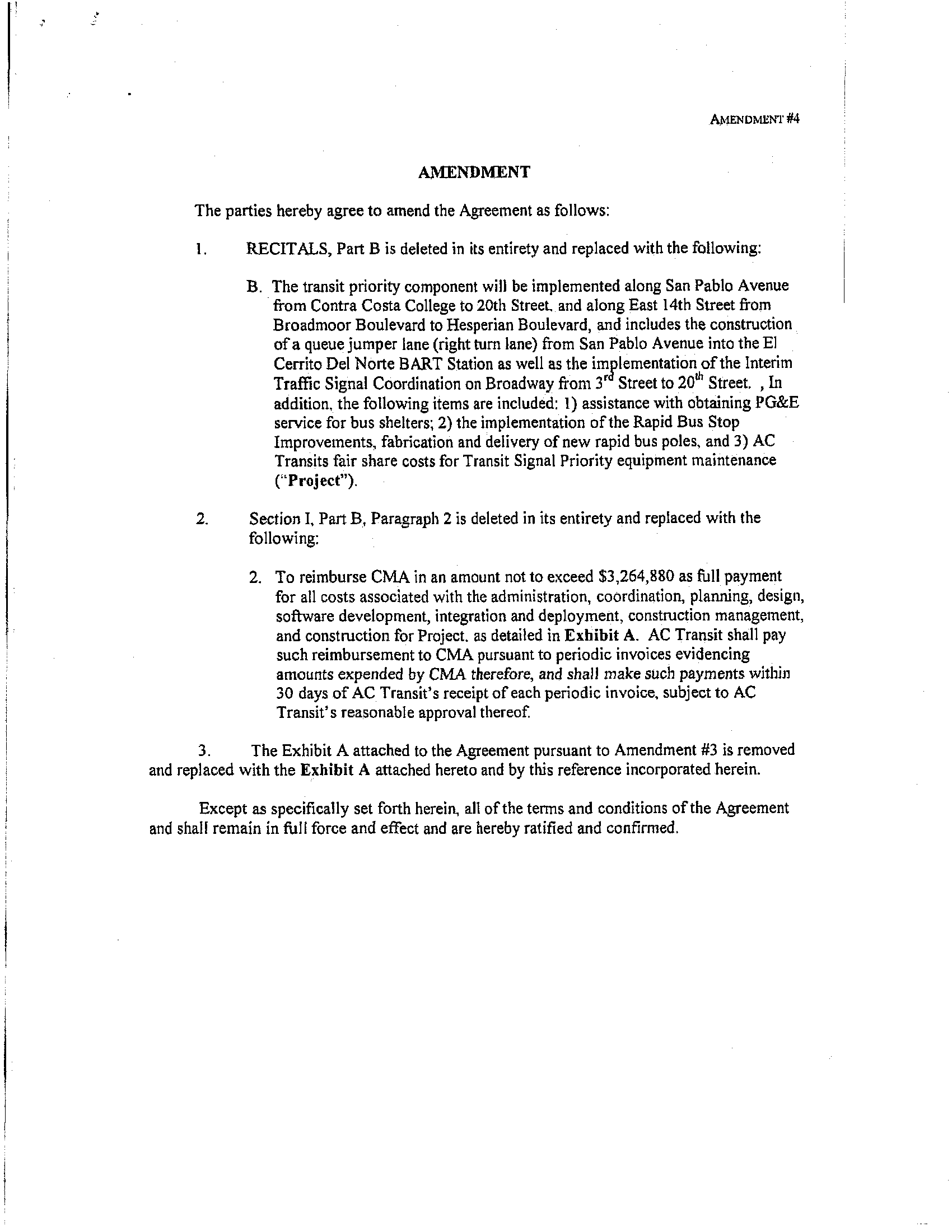 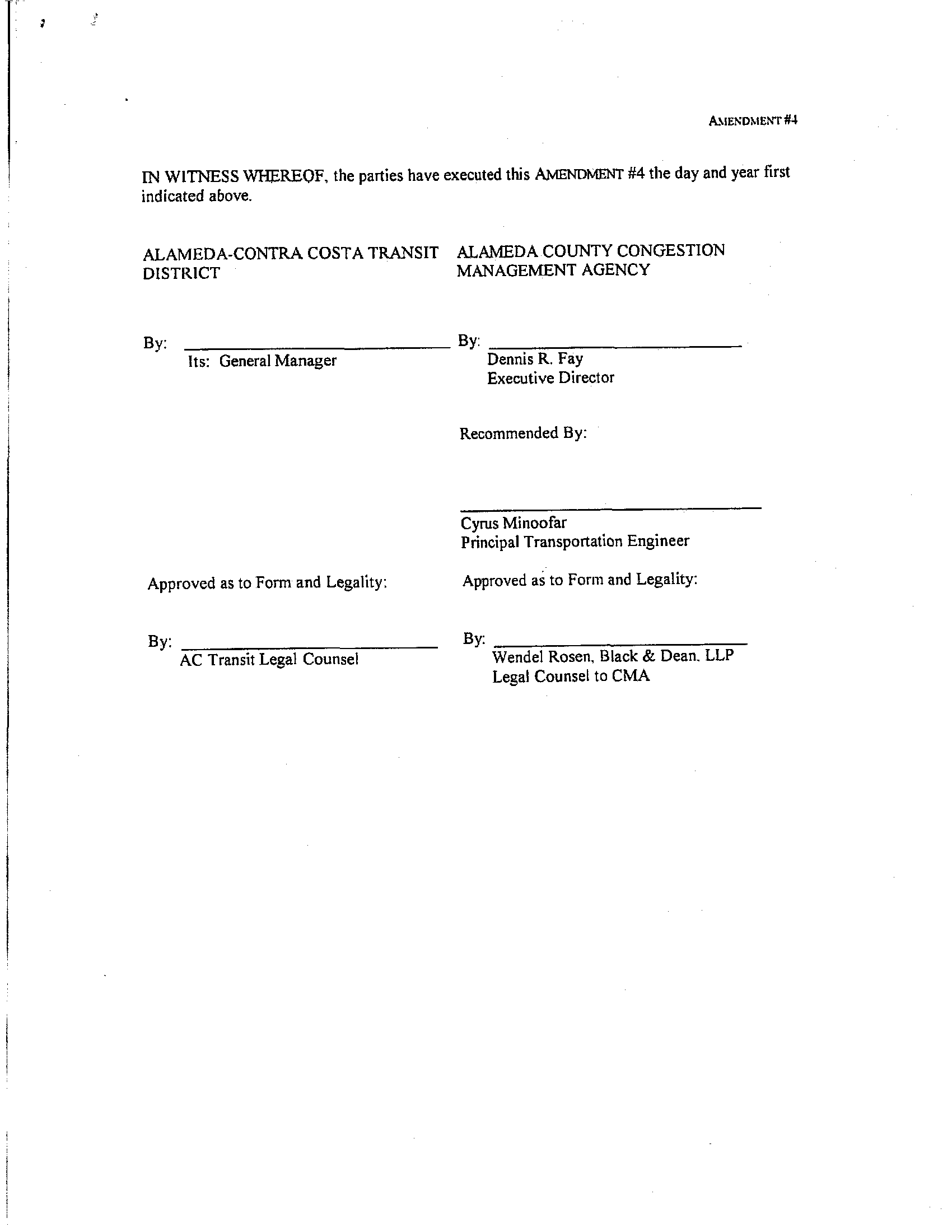 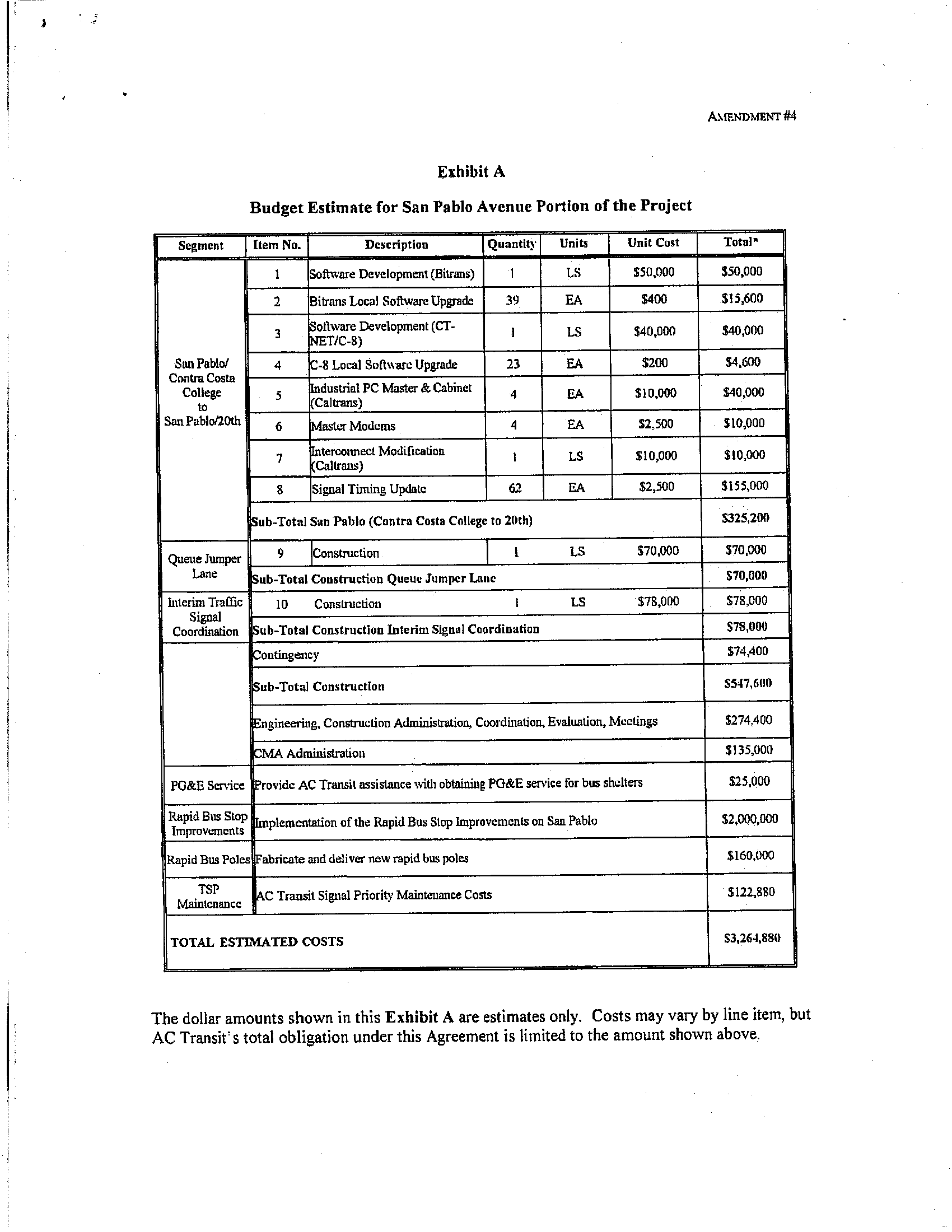